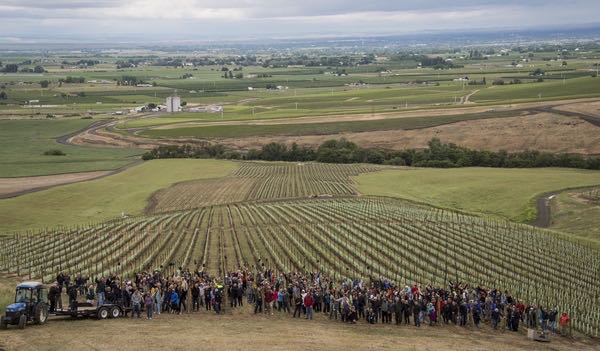 Investors from Oregon’s Willamette Valley and beyond take part in a groundbreaking ceremony at Pambrun, a new vineyard in Oregon’s Walla Walla Valley. (Photo courtesy of Andréa Johnson Photography)

The founder and CEO of Willamette Valley Vineyards is creating another winery on the other side of Oregon – and he’s bringing hundreds of friends and investors along.

On Sunday, more than 300 people arrived from across the Northwest and the nation to join Bernau and his team in breaking ground and planting Cabernet Sauvignon in SeVein, a vineyard development on the Oregon side of the Walla Walla Valley. SeVein, which is more than 2,700 acres in size, is arguably the most interesting and important Northwest wine development in recent years.

A year ago, Bernau announced that Willamette Valley Vineyards in Turner, Ore., had purchased 42 acres of land in SeVein. It has an option to purchase another 45 acres. On Sunday, several vines were planted by Bernau’s investors.

Bernau is launching a separate winery for the Walla Walla Valley venture called Pambrun. It is named after one of his ancestors, Pierre-Chrysologue Pambrun, who was a Quebec-born French-Canadian who moved to the Walla Walla Valley in 1832 to work for the Hudson’s Bay Co. at Fort Nez Perce. In 1839, Pambrun was promoted to chief trader.

In 1841, he was injured while riding a horse and was cared for by Narcissa Whitman, wife of Marcus Whitman, in the four days leading up to his death. Six years later, members of the Cayuse nation massacred the Whitmans and 11 others in retaliation for tribal members dying of measles.

For Bernau, buying and planting a vineyard in the Walla Walla Valley is a homecoming of sorts.

In Seven Hills Vineyard, which is part of the SeVein complex, a trench that was dug by the Hudson’s Bay Co. remains to this day. 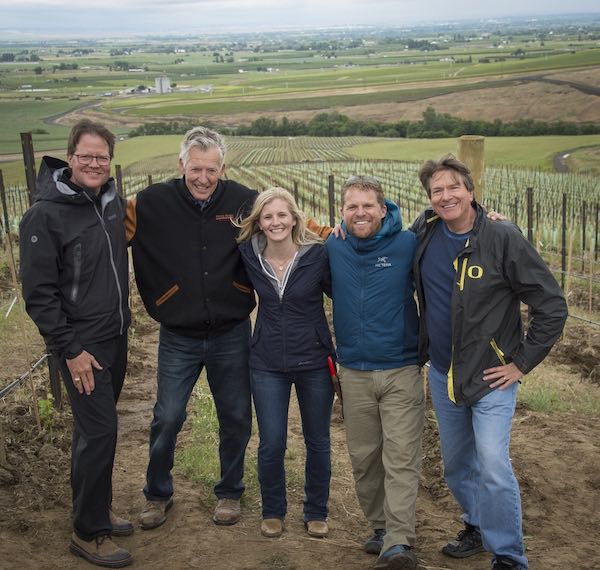 Bernau has hired Jon Meuret, owner of Maison Bleue Winery in downtown Walla Walla, as Pambrun’s first consulting winemaker. The first wines will be made at Artifex, a custom winemaking facility in Walla Walla. Bernau envisions a winery and tasting room at the vineyard and has hired Boxwood Architects in Seattle to do the design.

At Sunday’s vineyard event, more than 300 supporters participated, most of whom came from the Willamette Valley. Carole Christian, a Willamette Valley Vineyards stockholder, flew from Florida to take part in the ceremony.

“We love the wine, and it just seemed like a fun thing to do,” she said in a news release. “The idea of being a part of the ownership was a thrill.”

Willamette Valley Vineyards was created in 1983, led by Bernau. Because he didn’t have the money he needed to fulfill his vision for the winery, he opened it to investors. Today, the winery is traded on the NASDAQ stock exchange and has more than 9,000 investors, which Bernau refers to as owners.

Many of those who participated Sunday took the opportunity to plant a vine – all of which were Cabernet Sauvignon. Bernau said that will be Pambrun’s focus.

“These visionary Walla Walla winemakers have proven this is one of the best places in the world to grow Cabernet Sauvignon,” Bernau said.

Christine Collier, winery director for Willamette Valley Vineyards, orchestrated Sunday’s event, which was followed by a dinner at the Marcus Whitman Hotel in downtown Walla Walla.

“It was a wonderful experience, with owners traveling from far away to join us in planting a Cabernet Sauvignon vine,” she said. “Many planted their vine in honor of a loved one or dedicated to future generations.”

Among those participating were Marty Clubb, owner of L’Ecole No. 41; Chris Figgins, president of Figgins Family Wine Estates; and Norm McKibben, owner of Pepper Bridge Winery. All three are central to the creation and development of SeVein. 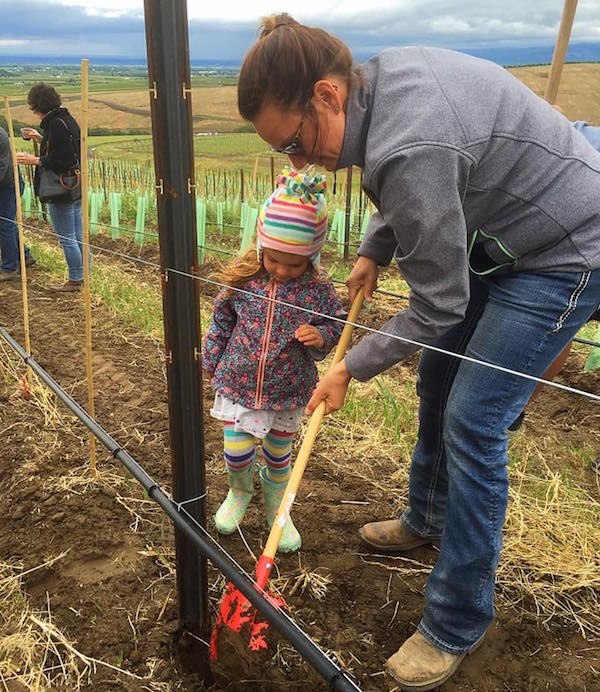 In 2014, L’Ecole No. 41’s 2011 Ferguson Vineyard red blend was named best Bordeaux-style red blend in the prestigious Decanter World Wine Awards in London – an award that put the wine ahead of all others from Bordeaux, Napa Valley and elsewhere around the world. The 2011 Ferguson was the first wine from Clubb’s young vineyard at SeVein, showing that the region is one to take seriously.

“I’m convinced the judges thought they had a real Bordeaux on their hands,” Clubb said.

In December 2014, Steve Griessel, owner of Betz Family Winery in Woodinville, purchased land there. In January 2015, Collier jumped in a car and drove to SeVein to envision the potential of Willamette Valley Vineyards investing. She said the collaborative spirit she found in the Walla Walla Valley was similar to what happens with wineries in the Willamette Valley.

“We had our offer in by February, and we closed on the property in early spring,” she said.

SeVein’s original planting was Seven Hills Vineyard, which is co-owned by Figgins, Clubb and McKibben. The rest of the land was purchased more than a decade ago from The Church of Jesus Christ of Latter-day Saints. SeVein starts at 850 feet above sea level at the bottom of Seven Hills and rises to about 1,500 feet.

Elevation is a big deal in the Walla Walla Valley, a region that is somewhat cooler than the rest of the vast, 11-million-acre Columbia Valley. The nearby Blue Mountains can hold in winter cold events every few years and cause extensive vineyard damage. The last event was after the 2014 harvest. However, high-elevation sites such as SeVein are less susceptible to frost damage because cold air tends to slide downhill.

SeVein is on 2,700 acres, of which there is enough water to irrigate 1,527 acres. The SeVein Water Association is a high-tech operation that is jointly owned by those who hold water rights, which come with vineyard ownership. More than half of the parcels already have been purchased, and it’s easy to imagine the rest being bought up in the next couple of years, thanks to all of the excitement surrounding SeVein’s early success.