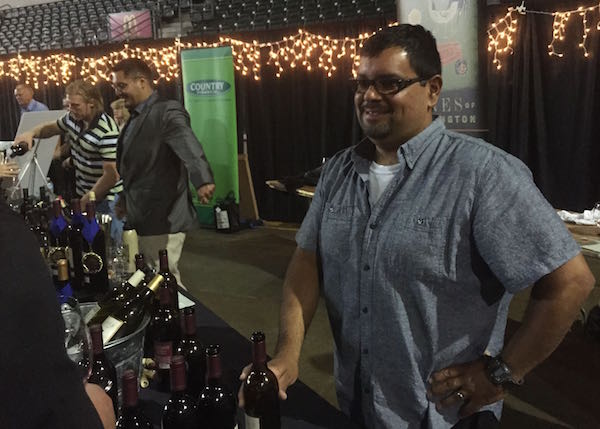 WENATCHEE, Wash. – One of Washington’s fastest-growing wine regions has a wine festival that is keeping pace.

Foothills Magazine, which is owned by the Wenatchee World newspaper, sponsors the judging and event and uses it to promote the 80 or so wineries of North Central Washington, which is defined as Chelan, Grant, Okanogan and Douglas counties. More than half of the wineries in the region enter the competition.

Wenatchee, known as “the Apple Capital of the World,” has long been a center of agriculture in Washington state, known not only for its famous apples but also its cherries and other crops. In the past 20 years, wine grapes have become more important, particularly in Chelan and Grant counties. In fact, two of Washington’s 14 American Viticultural Areas are in North Central Washington, namely Ancient Lakes of Columbia Valley in Grant County and Lake Chelan in Chelan County.

And thanks in large part to two wineries, Grant County is Washington’s second-largest wine-producing county in the state (after Benton County). Columbia River’s Edge Winery and Wahluke Wine Co. – both in Mattawa – are large custom-crush facilities that help make wine for a number of wineries, including their own brands: Milbrandt Vineyards and Jones of Washington.

The wine festival is Aug. 27 at the Town Toyota Center near the Columbia River in Wenatchee. It is modeled after Taste Washington, with dozens of wineries and restaurants serving wine and food. Tickets are $45 for general admission and $75 for VIP admission. 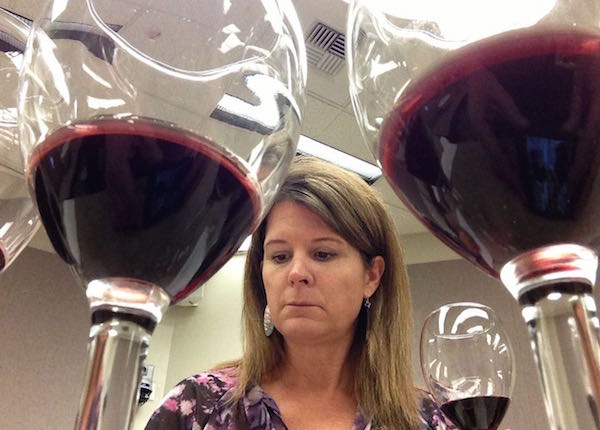 This year’s wine judging attracted nearly 250 entries from the four-county region, and it has attracted nine wine professionals as its judges.

“This year for the first time, we have three judges from the other side of the mountains,” Martinez said, adding that the extra attention from the Seattle area can only benefit local wineries. “I’ve got to think that anytime you bring wine buyers from that market to our market is really a plus.”

Heather Unwin is a wine marketing consultant who also teaches wine classes at Washington State University and Walla Walla Community College. She is an instructor for the Wine & Spirits Education Trust and former executive director of the Red Mountain AVA Alliance.

Barb Robertson is a longtime Wenatchee area wine professional who is a wine reviewer for Foothills Magazine. She has judged at several regional wine competitions, and this will be her sixth time participating in the Wenatchee competition.

Dan Carr is co-owner of Visconti’s, an Italian restaurant with locations in Wenatchee and Leavenworth. He also owns Fire and Ice restaurants in Wenatchee’s Pybus Market and Cured, a sausage and salami company. He has judged the Wenatchee competition for each of the first six years.

Doug Charles is the owner of Compass Wines in Anacortes and is one of Washington’s most respected wine retailers. He began working in the Washington wine industry as a restaurateur in 1978.

Mark Takagi is the wine buyer for Metropolitan Markets in the Seattle area. He is a longtime Seattle area wine professional who also judges such competitions as the Great Northwest Invitational Wine Competition in Hood River, Ore.

Richard Larsen is the research winemaker for Washington State University and based at the new Ste. Michelle Wine Estates Wine Science Center in Richland. He is a member of the Great Northwest Wine tasting panel and is a frequent judge throughout the Northwest.

Ken Robertson is a columnist for Wine Press Northwest magazine and a member of the Great Northwest Wine tasting panel. He has been writing about and judging wines for four decades. He also is the retired executive editor of the Tri-City Herald newspaper.

Rick Steigmeyer is the wine writer for World Publishing. He writes feature stories for Foothills Magazine and a wine-related blog for the Wenatchee World. He has judged the Wenatchee competition several times.