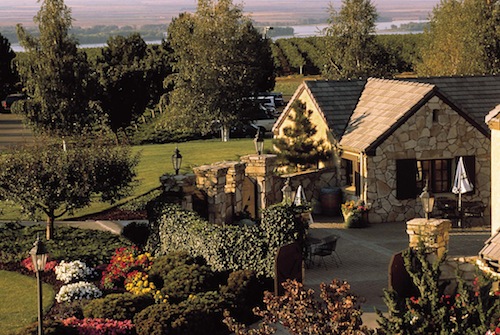 PATERSON, Wash. – One of Washington’s largest wineries will play host to a weekend of live music amid the vines.

Columbia Crest will welcome The Buckinghams and Grammy winner Crystal Gayle on Aug. 19 and 20 for its Tunes, Wines & Vines concerts at its estate in Washington’s Horse Heaven Hills overlooking the Columbia River.

Both shows are general admission seating on the winery lawn. Tickets are available for up to 1,000 patrons. Food will be available at the Columbia Crest tasting room or from local food trucks, and Columbia Crest wine will be for sale. Attendees may bring their own nonalcoholic beverages.

On Friday, Aug. 19, The Buckinghams will perform beginning at 7 p.m. The Buckinghams formed in 1966 in Chicago, taking a name that would reflect the “British invasion” that was taking place at the time in the music world. Guitarists Carl Giammarese and Nick Fortuna, part of the original band, remain with the current iteration.

The Buckinghams became one of the country’s top acts the year after it formed, thanks to such hits as Kind of a Drag, Don’t You Care and Mercy, Mercy, Mercy.

The band broke up in 1970 but got back together a decade later.

Tickets for The Buckinghams concert are $45.

Gayle is a younger sister to fellow singer-songwriter Loretta Lynn and a cousin to singer Patty Loveless. She has earned such awards as “Top Female Vocalist,” “Favorite Female Country Artist” and “Female Vocalist of the Year” from various country music organizations.

Known for hair that hangs nearly to the ground, Gayle was named one of People magazine’s “50 Most Beautiful People in the World” in 1983. She also has a star on the Hollywood Walk of Fame.

Tickets for the Crystal Gayle concert are $50. Available through Ticketmaster.