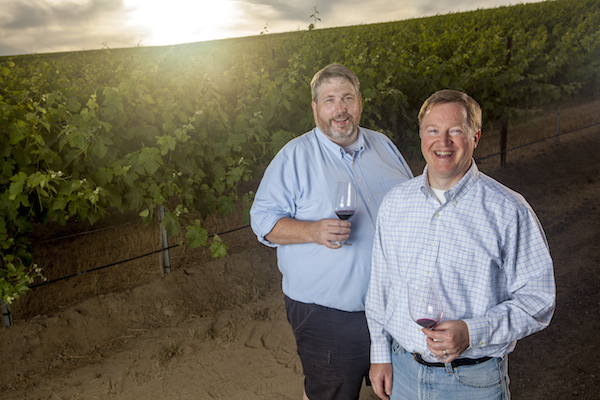 The awards were announced last weekend in Seattle. The competition is run by the Western Washington pro chapter of the Society of Professional Journalists.

Great Northwest Wine is a news startup that is in its fourth year of operation. It is owned and operated by Eric Degerman and Andy Perdue, two veteran Pacific Northwest newspapermen who cover the wine regions of Washington, Oregon, British Columbia and Idaho. The news website is updated four times per day with one news or feature story and three wine reviews. 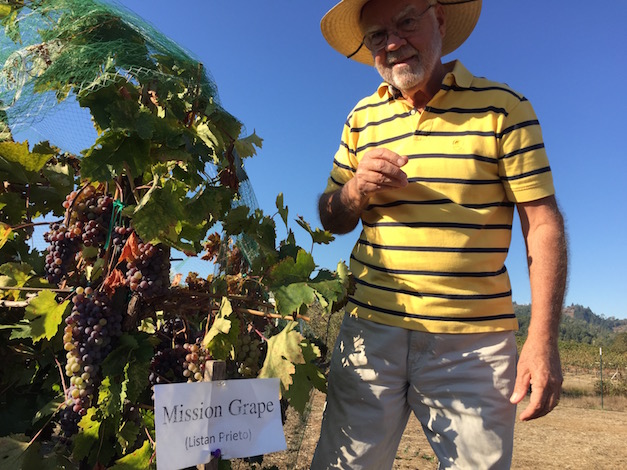 Earl Jones, founding winemaker and co-owner of Abacela in Roseburg, Ore., stands next to his Listán Prieto vines. Abacela learned the identity of the vines, which they believe were planted by the homesteading Cox family in 1873. (Photo by Eric Degerman/Great Northwest Wine)

This was the second consecutive year that Great Northwest Wine showed well in the annual SPJ journalism competition.

In 2015, the company won first place for best small newspaper website in the Pacific Northwest (that category didn’t exist in this year’s judging).

Degerman and Perdue are both Northwest natives who have worked in newspapers for a combined 62 years. They are the co-founders of Wine Press Northwest magazine, which they launched in 1998 while working for the Tri-City Herald in Kennewick, Wash. Though no longer the editors of the quarterly magazine, they continue to contribute a large percentage of its stories.

The pair write a weekly wine column that is syndicated in 22 newspapers in Washington and Idaho. They write for a number of other periodicals, including Treasure magazine in Boise, Idaho; Walla Walla Lifestyles in Walla Walla, Wash.; Wine Business Monthly in Santa Rosa, Calif.; and Vineyard & Winery Management, also in Santa Rosa.

In addition, Perdue is the wine columnist for The Seattle Times. His “Grapevine” column appears every Sunday in The Times’ Pacific Northwest magazine. Perdue has written and contributed to five books on Northwest wine, food and travel. The Northwest Wine Guide: A Buyer’s Handbook was published in 2003 by Sasquatch Books.

Both have judged in dozens of international wine competitions, primarily along the West Coast.