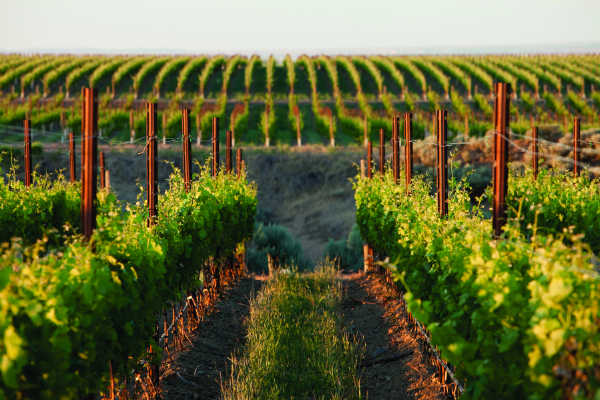 WEST RICHLAND, Wash. – A Washington winery focused on producing Cabernet Sauvignon from the Horse Heaven Hills is announcing today that it will build a 47,000-square-foot winemaking facility near Red Mountain.

Double Canyon, a winery that began in 2007 and is owned by Crimson Wine Group of California, will break ground on its new building next month and anticipates moving in a year from now.

The new winery will be near Pacific Rim Winemakers behind Red Mountain on Keene Road. The facility will have a production capacity of about 50,000 cases – with room to grow.

“Crimson Wine Group is committed to developing our Northwest wine portfolio,” said Patrick DeLong, CEO of Crimson. “Having our own winery will allow an even higher focus on quality and provide a footprint for growth in Washington.”

While Crimson is based in Napa Valley, it is active in the Northwest. In addition to Double Canyon, Crimson owns Archery Summit in Oregon’s Dundee Hills and purchased Seven Hills Winery in Walla Walla earlier this year. It also has opened a tasting room in December in Seattle’s Pioneer Square, a space that features all three of its Northwest wineries.

Double Canyon Vineyard is in the Horse Heaven Hills next to Champoux Vineyards, and its wines have been made in Prosser in recent vintages. That should change beginning with the 2017 vintage, thanks to this new facility.

The new winemaking facility will be about an hour’s drive from the vineyard. It will have nearby freeway access and will be about 10 miles from Washington State University’s Wine Science Center in nearby Richland. 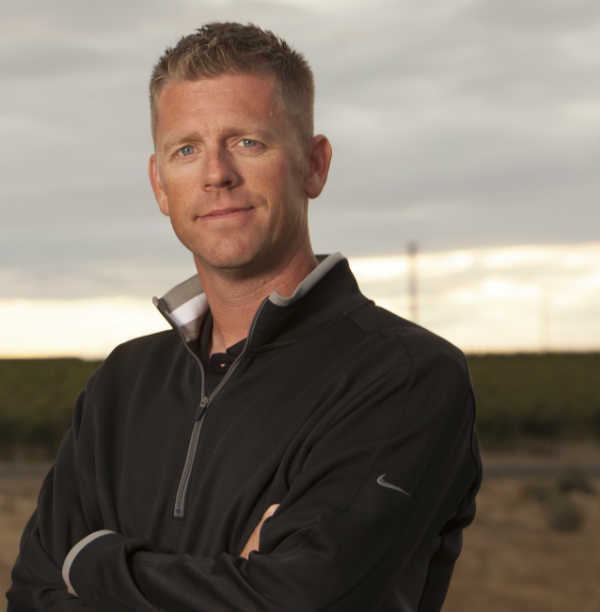 Will Beightol grew up near what is now Double Canyon’s estate vineyard. He is the general manager. (Photo courtesy of Double Canyon)

Earlier this year, Double Canyon began moving into national distribution. Will Beightol, Double Canyon’s general manager, hit the road in late winter to introduce the brand to a dozen new markets across the country, including Chicago, New York, Boston, Miami and Minneapolis.

Thanks to Crimson already having several sales channels, moving Double Canyon into the pipeline is a bit easier.

“It helps to have a lot of those relationships already in place,” Beightol told Great Northwest Wine in February. “We have people on the streets out there selling wines from our other wineries, and now they’re going to have a Double Canyon product to sell.”

The vineyard land was purchased from the Mercer family in 2006, and it was planted to 90 acres of grapes in 2007 and 2008. More than half is planted to Cabernet Sauvignon, with the rest going to Syrah and red Bordeaux varieties. Paul Champoux served as a consultant on the planting project.

“You need a certain amount of wine to spread it across the United States,” Beightol said.

While the Estate Cabernet Sauvignon is $65 and is 100 percent Double Canyon fruit, the regular Cab is $24 and uses grapes from Double Canyon, Champoux and Phinny Hill. The latter vineyard is near Double Canyon and is owned by Beightol’s parents.

Beightol is excited about the new facility.

“We are committed to making best-in-class Washington Cabernet, anchored by our estate vineyard in the Horse Heaven Hills,” he said. “The construction of this new winemaking facility will allow us to control all aspects of winemaking.”