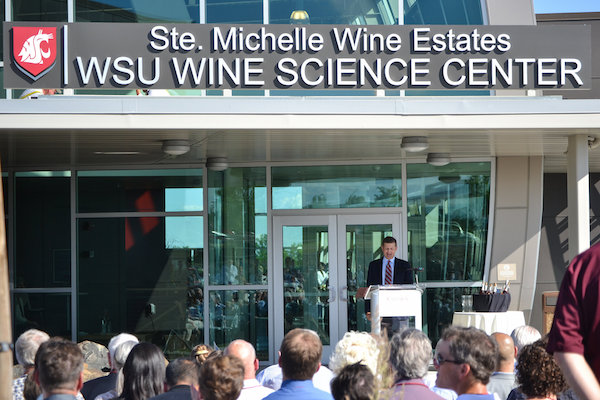 On July 14, about 80 wine grape growers and wine producers gathered in Richland for the inaugural Washington Advancements in Viticulture and Enology (WAVE), a seminar staged by the Washington State Wine Commission and Washington State University.

The WSU Ste. Michelle Wine Estates Wine Science Center, based on the WSU Tri-Cities campus in the heart of Washington wine country, opened a year ago and recently completed its first year of classes and operations.

During the inaugural WAVE seminar, researchers provided growers and winemakers with insight on topics including powdery mildew, virus and pest management, irrigation practices, wine spoilage, tannin management and yeast. According to a news release from the wine commission, the day concluded with a tour of the Wine Science Center, which was built by the city of Richland for $23 million. The wine industry contributed heavily to the cost of the Wine Science Center.

“WAVE was a great opportunity to bring industry and academia together in our beautiful new Wine Science Center to learn and discuss current research topics,” he stated in the news release. “The specialized knowledge we have here (through WSU researchers) gives our industry a real competitive advantage. I’ll be the first to sign up every year going forward.” 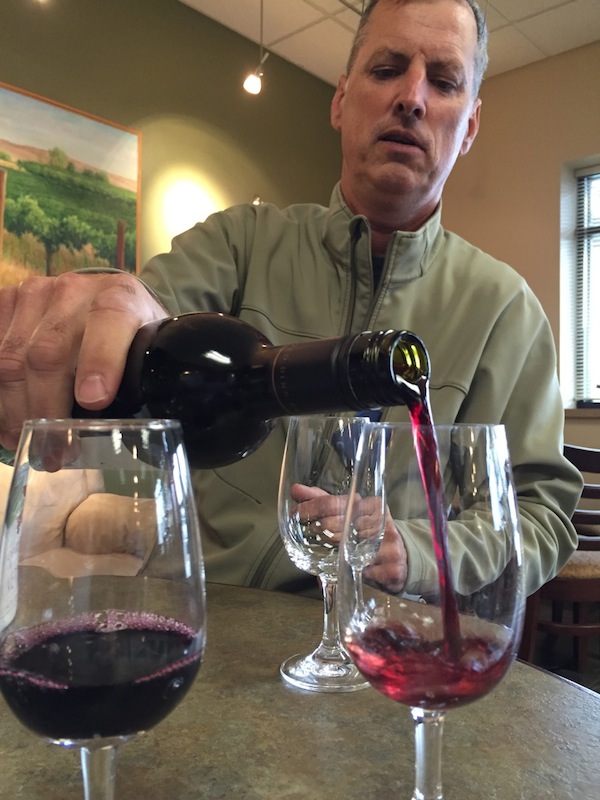 Co Dinn, owner of Co Dinn Cellars in Grandview, attended the inaugural WAVE seminar at the WSU Wine Science Center. Dinn said he gained a lot of knowledge about the latest research for the Washington wine industry (Photo by Andy Perdue/Great Northwest Wine)

The Wine Science Center is led by Thomas Henick-Kling, director of WSU’s viticulture and enology program. He is joined by such WSU scientists as Markus Keller, Michelle Moyer, Jim Harbertson, Richard Larsen and Joan Davenport.

Rick Hamman of Hogue Ranches, chairman of the Wine Research Advisory Committee, said, “It’s vital to get this research information out to hep address industry needs.”

Dick Boushey, recognized as one of Washington’s best and longest-tenured grape growers, was pleased with the seminar.

“WAVE helped get information out to growers and winemakers and facilitate interaction between researchers and the industry,” he said.

With the opening of the Wine Science Center, research has begun to take on even greater importance and clarity within the state wine industry.

Hansen spends her time at the wine commission offices in Seattle, the Wine Science Center and the Walter Clore Wine & Culinary Center in Prosser, where she also maintains an office.

The wine commission already is making plans for its second WAVE seminar in 2017.