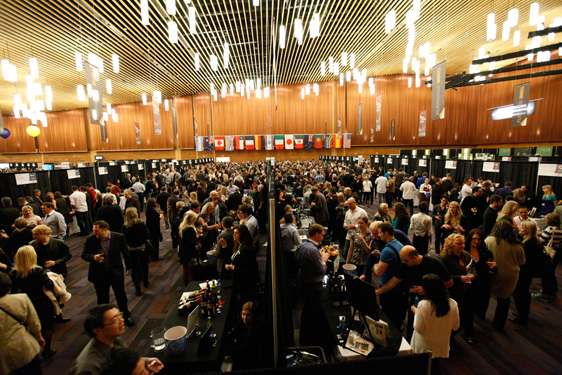 Organizers said the nine-day festival, scheduled for Feb. 11-19, plans to assemble 100 international wineries and pour 1,600 wines in downtown Vancouver as part of Canada’s 150th anniversary. Next year’s theme is “The Wine World Celebrates Canada,” so wineries from British Columbia, Ontario and Nova Scotia will gather.

“We’re looking forward to showcasing the largest selection of Canadian wineries ever assembled at an international wine festival,” executive director Harry Hertscheg stated in a news release. “With over 175 attending wine stars and winery principals, along with national and international media and buyers, VIWF 2017 will be an unprecedented opportunity for Canada to understand its place in the wine world, both as a longtime importer and an emerging exporter of premium wines.”

BC wine industry featured in 2009 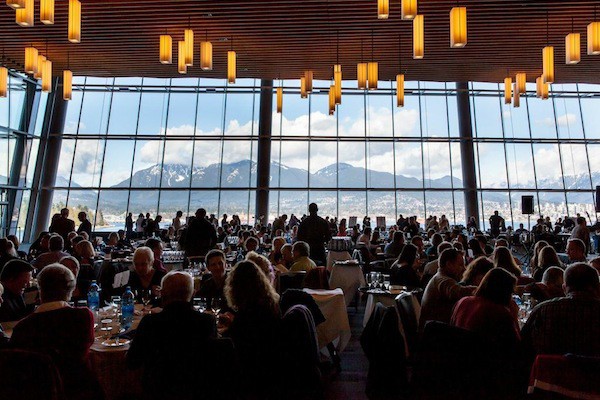 British Columbia was the festival’s featured region in 2009. In 1990, there were 17 wineries in the province. The BC Wine Institute reports the number has swelled to 273 wineries.

Howard Soon, master winemaker at Sandhill Wines, said, “It’s great to be at the Vancouver International Wine Festival. We’re invited to attend and are arrayed against all the best wines in the world on an equal playing field. People can compare our wines to those from around the world, and that’s a special privilege to me. (This festival) is respectful of the wine. That’s what I see here.”

Participating wineries will be announced this fall.

Advance tickets to the public tasting room go on sale Nov. 1 at reduced rates. All public events go on sale Jan. 10. Each year, the festival includes about 50 special events, a gala auction, winery dinners, lunches, parties, tutored tastings and an industry symposium. The 2017 program will include presentations of cool-climate wines, sparkling wine, Riesling and Pinot Noir.

Research by organizers show that Vancouver International Wine Festival attendees spend $2,291 annually on wine, which is nine times the BC average according to StatsCan. The average price of wines purchased at the onsite BC Liquor Store is $30.

The festival committee shared results from VINEXPO’s study called World Wine and Spirits Market with an Outlook to 2018 which showed Canada ranks No. 7 globally at $6.1 billion. In 2014, it became the world’s sixth-largest wine importer with a projected increase of 4 percent in 2018.

In terms of high-value wines, Canada ranks No. 4 in sales value, according to Global Trade Atlas.

“It’s the best-run festival in the world,” said Brian Lynn, co-founder of Majella Wines in Australia. “I hold this festival up as a paragon of what could happen around the world.”