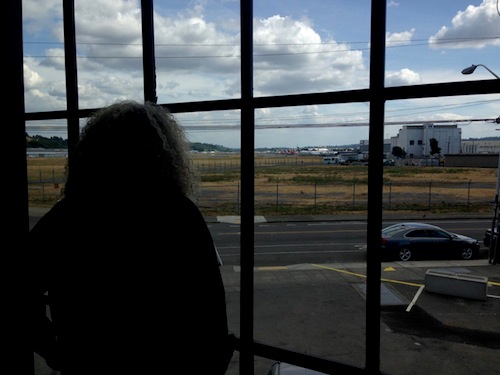 Charles Smith looks out toward Boeing Field from the upper tasting room in his Jet City winery in Seattle’s Georgetown neighborhood. The Washington State Wine Commission’s partnership with Uber offers a 20 percent discount on riders in the Seattle and Woodinville wine district each Saturday during August. (Photo by Andy Perdue/Great Northwest Wine)

SEATTLE – Five years ago, the demise of the state liquor stores removed screaming bargains on some delicious Washington wines during August, but the Washington State Wine Commission has launched an Uber good deal for those visiting tasting rooms in the greater Seattle area.

To help promote responsible celebrations of Washington State Wine Month, the commission has teamed with driving service Uber Technologies for discounts each Saturdays during August.

“The Uber partnership is really exciting for us,” Steve Warner, President of Washington State Wine Commission, stated in a news release. “We hope it encourages people to get out and visit local tasting rooms – in an easy, safe way.”

The commission wants to support wineries and tasting rooms in Seattle’s Georgetown and SoDo neighborhoods as well as the myriad options in Woodinville with a 20 percent discount on Uber services.

It starts by opening the Uber app, visiting the “Promotions” screen and entering the code WSW. Once in either the Seattle or Woodinville districts, Uber rides between wineries and tasting rooms within those areas are free between 11 a.m. and 6 p.m. 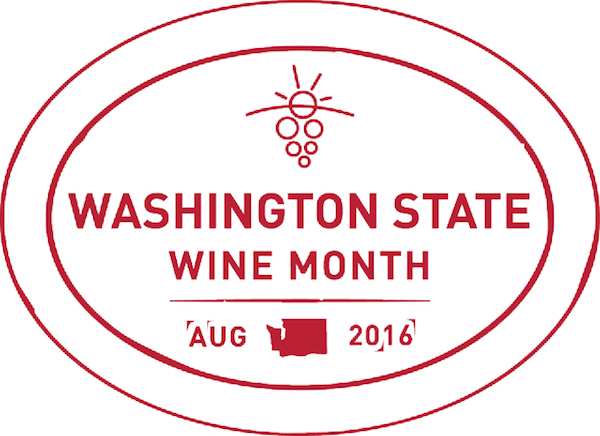 And similar to April, the wine commission will use Tagboard site, www.WaWineMonth.com, to spread news of the Uber partnership as well as promotions and discounts at participating retailers, hotels and restaurants around the country and tasting rooms across the state by following the hashtag #WaWineMonth.

“Washington State Wine Month is a time to celebrate our state’s world class wine industry,” Warner said. “Although we have more than 900 wineries in the state now, we’re so proud of the collaborative nature that our wine grape growers and winemakers embody every single day. We hope old friends and new fans alike will raise a glass of Washington State wine this August to toast to our amazing wine community.”

The wine commission, created in 1987 by the state Legislature, represents Washington’s licensed wineries is funded largely through assessments on grape growers and wine sales. And for this month, the commission developed a marketing strategy with a goal of generating 8 million impressions on WAWineMonth.com through increased print, web, television and radio advertising.