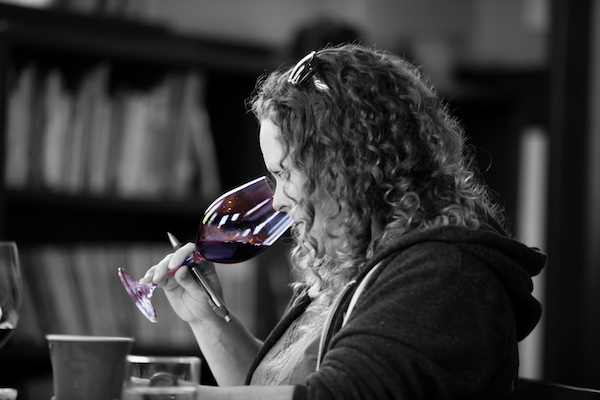 Mollie Battenhouse, national director of wine education for Jackson Family Wines, was one of three Masters of Wine to serve on the six-person judging panel for the 2016 Oregon Wine Competition in Jacksonville. (Photo by Colony One Studio/Courtesy of Oregon Wine Experience)

JACKSONVILLE, Ore. – Southern Oregon winemaker Bryan Wilson continues to show his skill with Viognier as the Pebblestone Cellars 2015 Ellis Vineyards Block 8 Viognier won the award for best white at the Oregon Wine Competition, the second straight year for the Medford winery to top the judging with the Rhône grape.

The judging led by three Masters of Wine also applauded Wilson’s work with sparkling Early Muscat, awarding his own Cuckoo’s Nest Cellars 2015 Fizzé with a best of category.

Applegate Valley grower/winemaker/rancher Joe Ginet earned the title for best red of the competition with his Plaisance Ranch 2013 Syrah.

The top wines will be poured during the Oregon Wine Experience Grand Tasting on Sunday, Aug. 28 at Bigham Knoll in Jacksonville – three weeks after the Aug. 6-7 judging was staged at the schoolhouse built in 1908.

For the first time, Grand Tasting attendees will be able to sample wines and meet winemakers from throughout the state of Oregon as competition organizers opened the judging to wineries beyond Southern Oregon. It caps the month-long series of seminars, fundraising and events that form the Oregon Wine Experience. 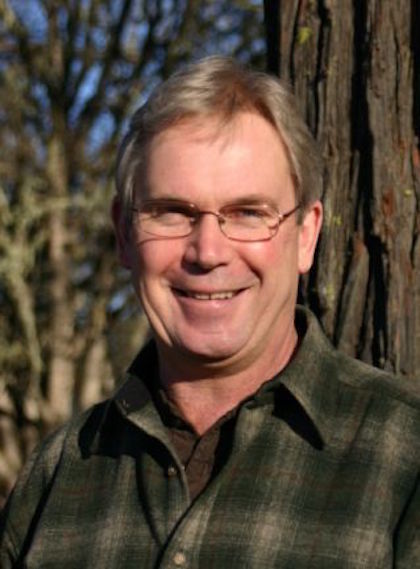 Southern Oregon winemaker Bryan Wilson produced two of the top three wines at the 2016 Oregon Wine Competition in Jacksonville. He accomplished the same feat with the same two white varieties in 2013. (Photo courtesy of Foris Vineyards)

This month’s performance at the Oregon Wine Competition continues to burnish Wilson’s reputation as one of the Pacific Northwest’s most talented and versatile winemakers.

He’s also among the most experienced. Wilson grew up in a home that appreciated wine and graduated from the University of Oregon with an economics degree. However, he soon entered the wine industry in 1981 by venturing to California for jobs with Chateau Souverain, Benzinger and then two years at Stag’s Leap Wine Cellars, leaving as Warren Winiariski’s associate winemaker in 1995 to return to Oregon. He landed first at Bridgeview – an Illinois Valley neighbor of Foris – then moved to Silvan Ridge (1998) and Del Rio (2004).

His work with aromatic whites at Pebblestone also helps showcase the site selection and farming done by Richard and Pat Ellis, who purchased their decade-old Ashland vineyard in 2003. They soon planted 2 acres of Geneva and clone 01 Viognier at 1,600-foot Ellis Vineyard, and wine off those blocks from the 2013 vintage earned a gold medal at the San Francisco Chronicle in 2015.

Wilson produces his Cuckoo’s Nest wines at Foris, where he’s been the winemaker since 2008.

In total at the Jacksonville judging, wines made by Wilson generated two best of shows, a pair of double golds medals and two gold medals.

The 2016 Oregon Wine Competition generated 218 entries from 56 winemakers at 68 wineries, and the field included 136 red wines, 66 whites and 16 rosé/dessert wines. Judges awarded 59 percent of the wines at least a silver medal — 130 award-winners in all. 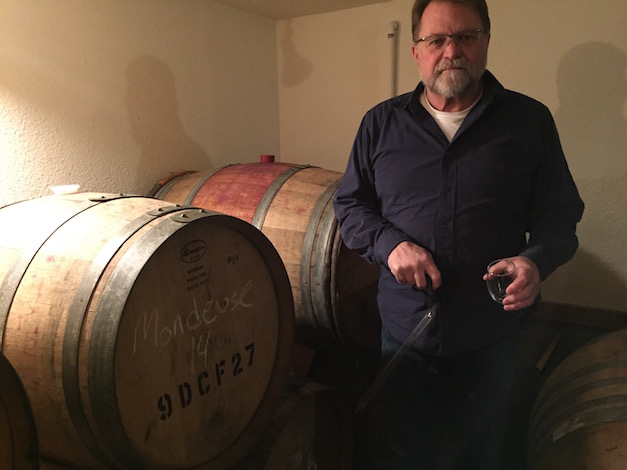 Joseph Ginet is a rancher, grower, winemaker and owner of Plaisance Ranch in the Applegate Valley near Jacksonville, Ore. He is among the founders of what is now the Oregon Wine Competition. (Photo by Eric Degerman/Great Northwest Wine)

Ginet, Lee Mankin of Carpenter Hill Vineyard in Medford and Cal Schmidt of Schmidt Family Vineyards in Grants Pass launched the wine competition in 2005 – the third year of the festival at Del Rio Vineyards in Gold Hill. The festival, originally known as the World of Wine, moved to Bigham Knoll in 2011.

Double gold medals were awarded to wines receiving gold medal scores from all judges on a panel and a best of show award was given to the top wine in each of three categories: white, red and other (blush, sparkling and dessert).

Ginet’s winemaking with estate fruit continues to shine. In addition to producing the competition’s best red wine, Plaisance Ranch also earned a double gold for Carménère and a gold medal for an even more obscure grape from France – Mondeusé.

Other highlights from this year’s Oregon Wine Competition included wines from Herb Quady and Brian Gruber of Barrel 42 in Medford, who earned two double gold and three golds, Abacela (two double golds, one gold) and Weisinger with a pair of double gold medals.

In 2014, Asante Health System’s Foundation partnered with Southern Oregon wineries to manage the event as their signature fundraising effort for the year. Last year, more than 2,100 attendees helped the Oregon Wine Experience raise more than $500,000, which led to the hiring of a child life specialist at Rogue Regional Medical Center in Medford. 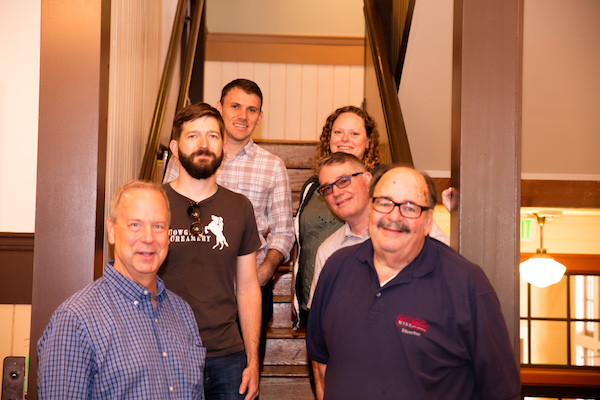