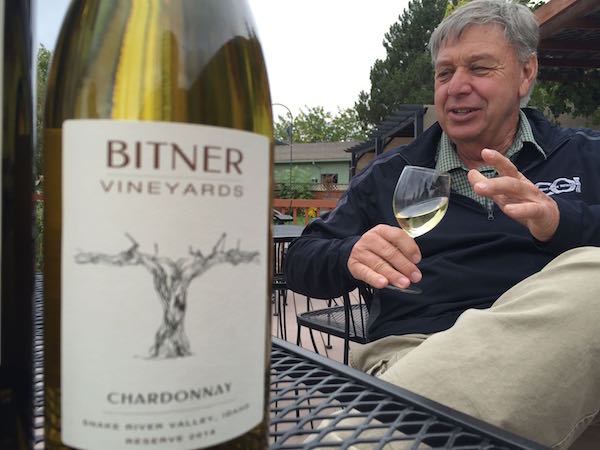 Ron Bitner has been involved in the Idaho wine industry for 35 years as owner of Bitner Vineyards. (Photo by Andy Perdue/Great Northwest Wine)

CALDWELL, Idaho – Ron Bitner has spent half his life talking to his first block of Chardonnay vines.

Today, he’s honoring those first vines – some of the oldest in Idaho’s Snake River Valley – with a new label that features a drawing of one of his oldest vines.

Bitner, owner of Bitner Vineyards, is one of the old guard in the Idaho wine industry, and he’s seen this area of the Pacific Northwest through all of its growing pains.

We recently sat down with Bitner to talk about his place in the Idaho wine industry. 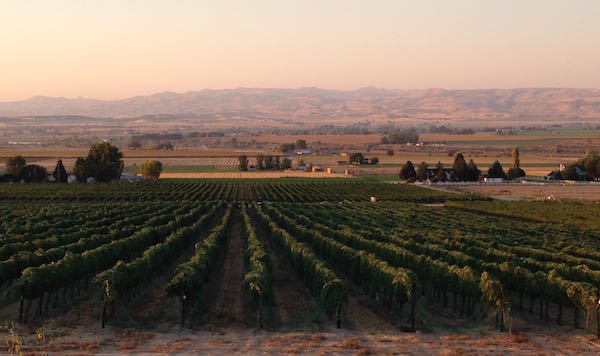 The Idaho wine industry is growing in the Snake River Valley. On the horizon are the Owyhee Mountains. (Photo by Andy Perdue/Great Northwest Wine)

Bitner is a bee biologist by training and became a farmer a bit by accident.

“The first winemaker for Ste. Chapelle came up the hill here,” he said, pointing from the deck of his winery – his former tractor shed – which offers a magnificent view of his vineyard and the bucolic Snake River Valley below with the Owyhee Mountains on the horizon.

“Bill Broich was the winemaker at the time, and he convinced me I should plant some Chardonnay on this hillside,” Bitner said, waving his hand toward his oldest block of vines. “Mostly, they were looking for Riesling and Chardonnay.”

In those early days, a little red wine was planted – including Pinot Noir – but it didn’t thrive in Idaho’s cold winters.

“We tried some other reds, but they just didn’t do well here,” Bitner said. “Chardonnay and Riesling were easy to grow and came off early. It wasn’t until Richard Smart showed up here in the mid-’90s and said we needed to get some VSP (vertical shoot positioning – a trellising system) going. Then we got some reds going.”

In 2007, Bitner decided to launch his own eponymous winery in 2007, turning to winemaker Greg Koenig – who had been buying grapes from Bitner for the prior dozen years.

That year, 2007, is seen as a watershed moment in the Idaho wine industry. That was the year the federal government approved the Snake River Valley American Viticultural Area, a designation that gave the emerging Idaho wine industry legitimacy in the eyes of consumers and critics alike.

“That really put us on the map,” he said. “That’s when we really jumped. When I planted my vineyard in ’81, I think Idaho had two wineries, and I think Washington had 18 or 20. We’re at 50-plus now and are starting to grow. The Snake River is four miles down this road. Within the next five years, I know of three or four other wineries that are going in on this road.” 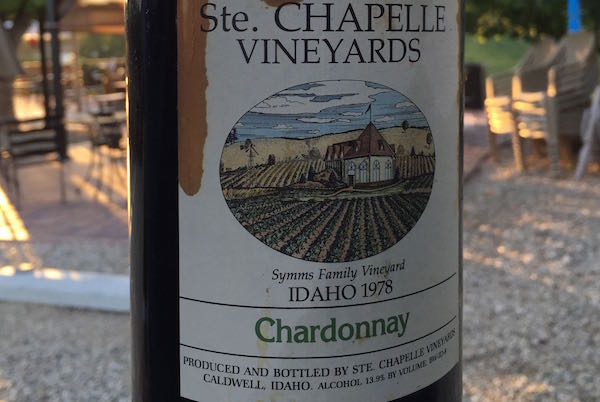 This bottle of Chardonnay by Ste. Chapelle signifies one of the first wines made in Idaho. (Photo by Andy Perdue/Great Northwest Wine)

Since those first vines went in 35 years ago, Bitner has been out front of the Idaho wine industry, even helping to form and lead the Idaho Wine Commission – a Boise-based organization now led by Moya Dolsby, a product of the Washington State Wine Commission and graduate of the University of Washington.

“Because I’m a native and grew up in the mountains north of here, and my background is as a bee biologist, I had experience running some other commissions,” he said. “We needed to get some cohesiveness going. It was always five or six of us meeting over beer talking about what we were going to do next.”

Bitner is quick to mention that he has few ideas of his own. Instead, most of his ideas have come from the successful Washington wine industry. He learned that by showing state leaders what the wine industry could bring – tax revenue – he got things moving in the religious and politically conservative state of Idaho.

“Even though it’s a very conservative state, the economic impact studies really help show what we’re bringing to the area,” Bitner said.

A few years ago, Bitner argued with the state that the wine industry needed better signage to bring people off Interstate 84 and out to Caldwell’s rural Sunnyslope region where the wineries were.

“It’s been a slog to even get signage out here,” he said. “Initially, the signage (could only) be on your property. If the sign is on your property, then they’ve arrived (at your winery). We needed to get them off the highway.”

Little by little, the Idaho wine industry has built itself out of the shadow of the state’s more famous agricultural product – the famous potatoes bragged about on license plates. A recent economic impact study showed the wine industry is worth $170 million to the state’s bottom line. 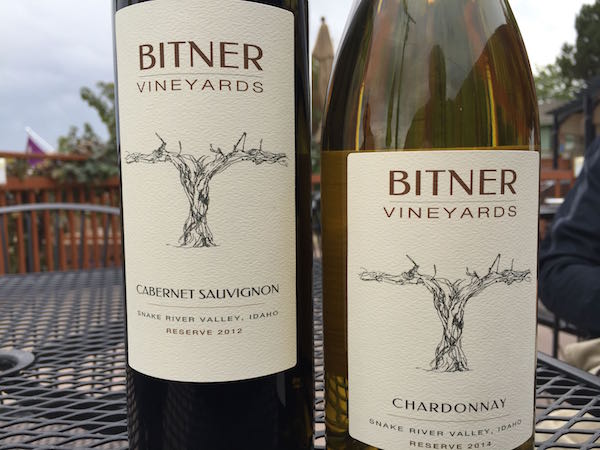 In the past couple of years, most winemakers in Idaho note that they are at a bit of a standstill because of the lack of grapes. Bitner said that is changing. In the past year, he’s seen about 100 acres of vines planted.

Idaho also has added two new AVAs – the Lewis-Clark Valley near Lewiston and the Eagle Foothills north of Boise – in the past 10 months, which adds more interest and legitimacy to the Idaho wine industry.

Bitner is pleased with his place in Idaho’s wine industry. He’s been here since the beginning of the modern era, and 35 years later, his daughter, Amy, has returned to the family business. That led him to redesign his winery label to tell the story of his history in this valley.

“Two years ago, I was out in the vineyard. Some of (the vines) are old and gnarly and struggling a bit in places. This one vine just jumped out at me,” he said. “I’d realized I’d been talking to this vine for half of my life.”

Thus, it became the centerpiece of his new label, which he recently began rolling out. Perhaps because of the new energy his daughter brings to the winery, he’s looking to expand production a little bit so he can sell into nearby Boise.

Right now, 90 percent of his wine is sold through his front door, where many visitors and guest of his comfortable B&B pause to spend time on the deck and enjoy the view of the old vines and the magnificent valley below.