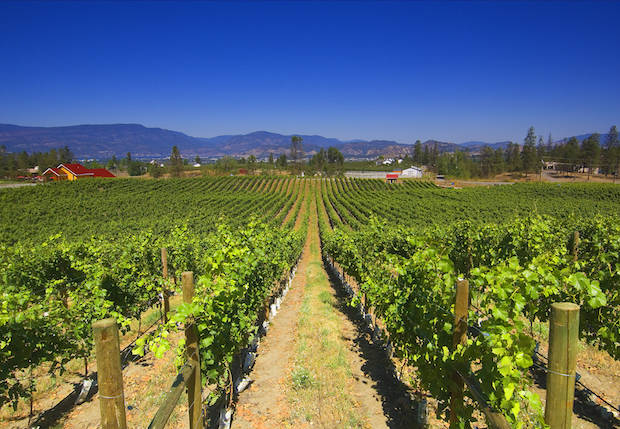 Pierson, a product of the Okanagan University College’s wine program, has been the winemaker at SpierHead since 2012. His 286-case blend of five clones – Dijon 115, 667, 777, 828 and Pommard – earned the Premier’s Award as best of show. The wine retails for $32, and it is among the five releases of Pinot Noir from the 2014 vintage by the Spiers Road member of the Kelowna Fab Five Wine Trail.

Thursday’s reception leads into two nights of the Fall WestJet Wine Tastings. They are among the more than 100 events surrounding the festival created by industry leader Harry McWatters, and the 10-day celebration concludes Thanksgiving weekend (Oct. 8-10) in Penticton with Cropped – a farmers market-type celebration that serves as Canada’s largest public tasting of B.C. wines. 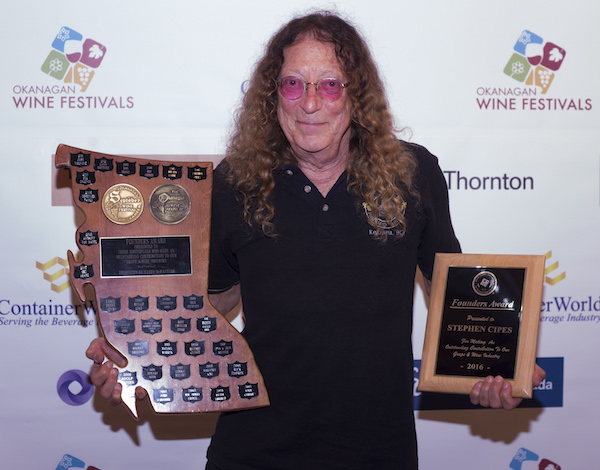 Thursday’s ceremonies included the presentation to Kelowna vintner Stephen Cipes with the Founders Award, an honor that dates back to the early days of the Okanagan Fall Wine Festival. 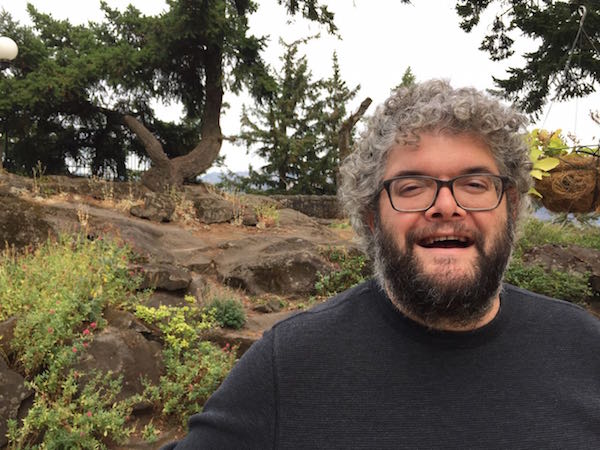 This year’s judging was staged Sept. 15-18 at the Sensory Lab at Okanagan College in Penticton, and the 10-person panel of judges spotlighted award-winning merchant Paul Zitarelli, owner of Full Pull Wines in Seattle, and Barbara Phillip, a Master of Wine, journalist and presenter from Vancouver.

Zitarelli, a graduate of Harvard and the lone judge from the United States, also is wine columnist for Seattle magazine. 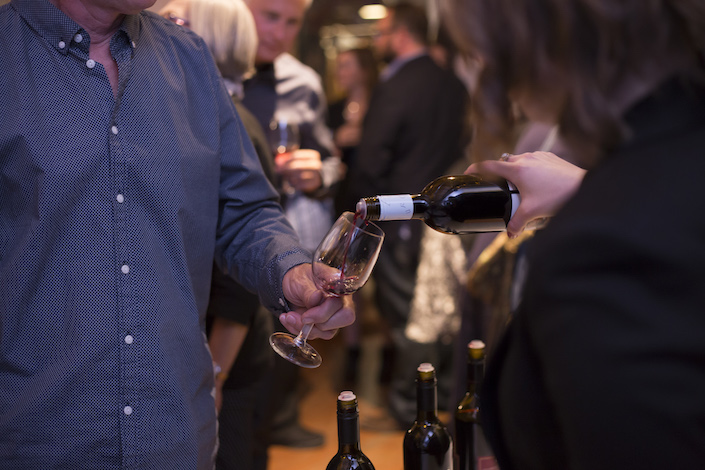