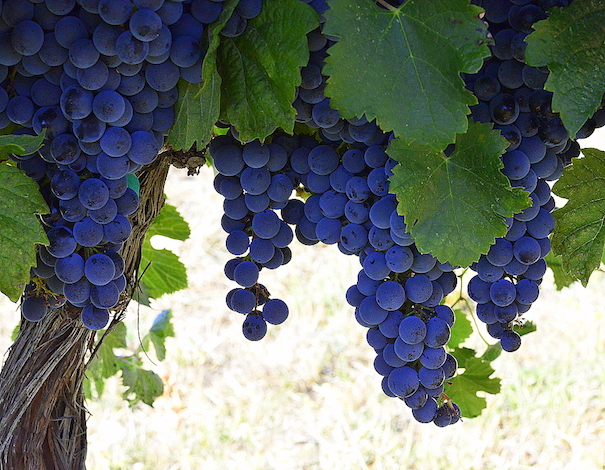 WALLA WALLA, Wash. – Somehow, I have become the Voodoo Mistress of the Walla Walla Community College Enology and Viticulture program.

And when I say voodoo, I mean pied de cuve. And when I say pied de cuve, I mean making a starter out of native yeasts so that wine can be made without the addition of packaged yeast. But let’s begin at the beginning.

The secret life of yeast 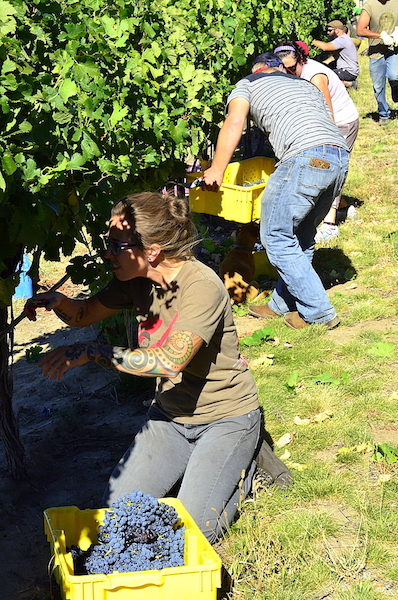 I arrived in Walla Walla in August 2015, ready to enroll in the EV program. The thing was, I arrived early, before the rest of my class. To give me something to do and keep me off the streets, EV program director Tim Donahue asked me to create a pied de cuve for the making of the 2015 Carménère. In true professorial style, he didn’t tell me how to do it, just to do it.

I began by Googling “native yeast” and found several references about how to recruit the little beasties, and why one should, or shouldn’t, depending on your perspective, even try.

Then, because I speak French, I started reading French websites where I quickly learned that the starter was called the pied de cuve, which translates loosely to “base of the tank.” That it’s the vinous equivalent of a sourdough starter. And that’s when the voodoo began to cast its spell on me. 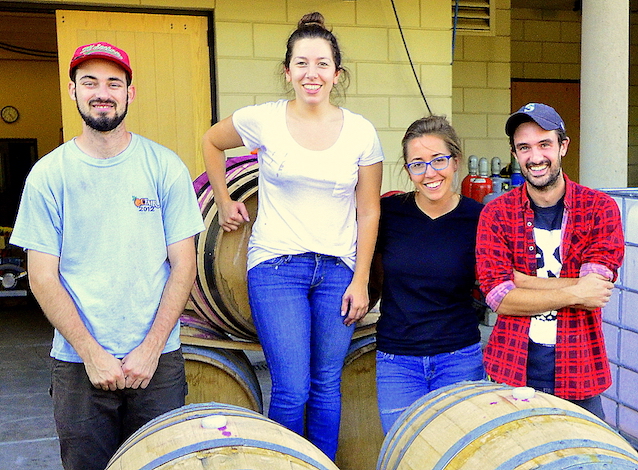 In true French style, the making of the pied de cuve is shrouded in mystery and magic. It should be made in the vineyard, far from any commercial yeasts that might be found in the winery. The starter should be left out among the vines from which it was made, night and day, to enable it to bask in the sunlight and yes, also in the moonlight. It should be scrupulously isolated from non-native yeasts, and also from marauding bacteria. It should be touched only with hands, not with tools.

And probably if I’d searched harder I would have found a specific incantation to recite over the burgeoning yeast cells, preferably on the night of the full moon.

Helps to be obsessive 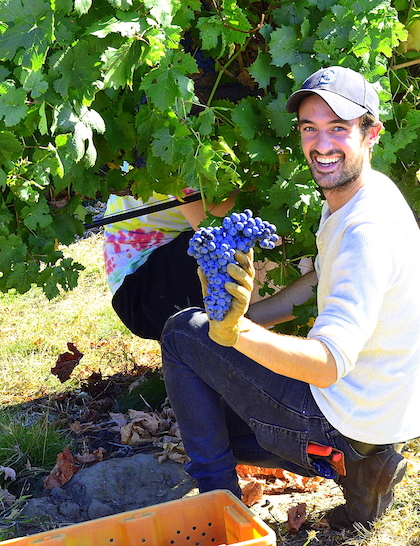 I devised a fanatically weird system that involved buying a pair of brand new five gallon buckets and two lemons, as well as half a gallon of the cheapest and nastiest vodka available. I squeezed the lemons into the rotgut, washed the buckets out with the swill, and poured the remains down my driveway, well away from any hapless plants.

The buckets were air-dried in my car, and I crossed my fingers that the police wouldn’t stop me on the way to the vineyard and be bowled over by the alcoholic fumes.

“Why yes officer, it does smell like a distillery in here. It’s just the vodka I used to wash out some buckets,” I imagined myself saying.

From there, it stayed weird. Pick the fruit wearing nitrile gloves, destem it all by gloved hand in the vineyard, crush the grapes into a lumpy mush by hand. For safety’s sake, Donahue advised me to add a little sulfur dioxide to kill bacteria while allowing the yeast to grow.

The buckets stayed out under the sun and the moon for a week, but I visited them each day to punch them down, washing my hands liberally with brandy (which we call sanitizer around here) before touching the grapes. After another five days indoors tucked up next to a warm furnace, the deed was done. 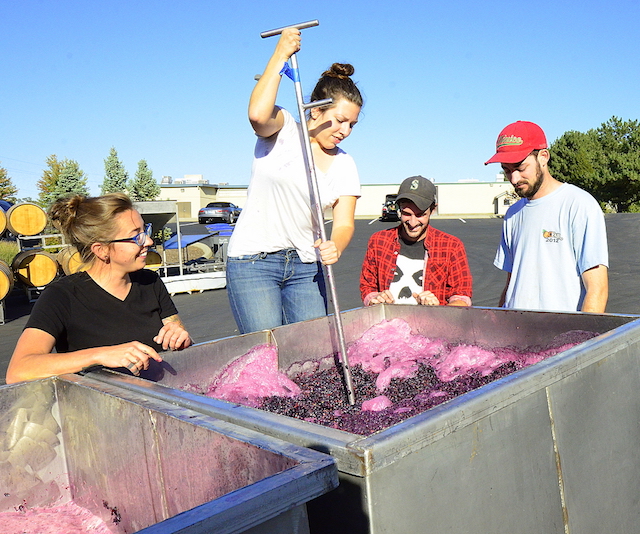 Students in our program make wine in teams, and three other new students joined me in the care and feeding of our wild and riotous microorganisms. By then, the starter was so vigorous that the yeast had eaten all of the sugars in the fruit before the rest of the Carménère was ready to be picked, and my teammates had to run out to the vineyard to give our pied de cuve a little emergency snack of additional grapes to sustain it for a couple more days.

We sent samples from our buckets off to the lab before we pitched the foaming potion into the program’s precious harvest of Carménère. And yes, thank you voodoo guardians of moonlight mash, it was clean as a whistle. No bacteria at all and a ton of yeast. We were all thrilled, and Donahue was so happy with our work that he used some of our starter to inoculate other EV students’ wines. They all flourished.

“It’s changed a lot of what I thought I knew about fermentation,” Donahue exclaims, sounding truly amazed.

Last year, we pressed our Carménère straight to barrel, and we haven’t added or subtracted anything since. At first, it tasted just like a glass of fizzy chocolate soda, which was interesting, but not necessarily award-winning. Fortunately, later it began tasting more and more like wine – and rather delicious. 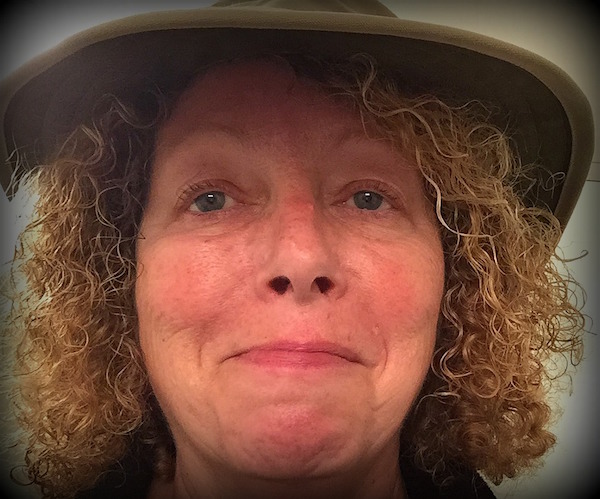 Fast forward to the 2016 harvest season when a fresh new crop of students arrived at the EV program. Determined to replicate last year’s success, Donahue assigned me to pass along my mysterious Internet-gained pied de cuve karma to the new Carménère team.

I must admit to a bit of panic. It’s one thing to let vodka run down your own driveway, and to wantonly expose crushed grapes to the light of the moon. It’s quite another thing to look a group of new students in the eye and advise them to do the same. In fact, the vodka thing worried me so much that I did that part myself.

But after that, I didn’t even wave my wand over their work. I didn’t so much as touch a grape. I told them exactly what to do, and we texted back and forth about how the starter was progressing.

Early on, it started to rain a bit, and they devised aluminum foil hats for the buckets. Which, when you think of it, is no weirder than all of the other things they did to the fruit.

Proof is in the pitch for Carmenere 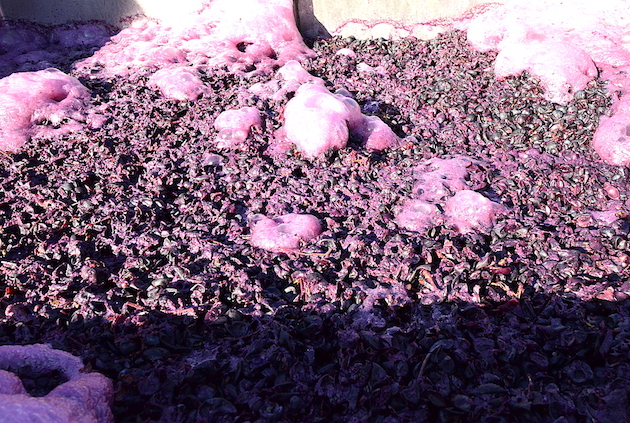 The entire class turned out to handpick the Carménère grapes, destemmed them mechanically, dumped them into the alfalfa bins we use to ferment red wines at the college, and then pitched the contents of the buckets into the bins to work their magic.

Less than 24 hours later, the bins were foaming with bright pink, cotton candy-like spume. Again, Donahue was over the moon.

“I’ve never seen anything in my whole career, in three different countries, that ferments like this,” Donahue said. “It basically manages its own cap, the foaming is so aggressive that it just rolls the cap over all by itself.”

And we don’t actually know why it does what it does.

“I’m really excited to learn the science behind this awesome fermentation,” he said.

Science or voodoo, who’s to say? Was the moon brighter, the breeze through the vines more compelling, the brandy-washed hands more intoxicating? Or was it the tin foil hats?