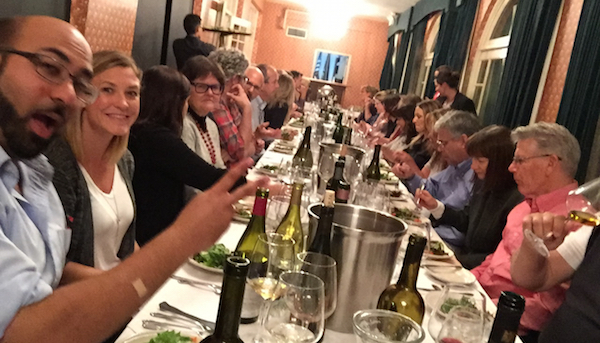 Nearly 600 wines will be judged between now and Thursday afternoon, as judges from across the West Coast will swirl, sniff, sip and spit as they determine what some of the best wines in the Northwest are.

The Invitational is unlike any other wine competition in the country, as the wines being judged are nominated ahead of time by the judges. The judges are selected by Great Northwest Wine for the influence and knowledge of the Northwest wine industry, coming from all corners of the industry, including restaurateurs, writers, retailers and wholesalers.

This year’s nominating judges include:

Past winners of the Northwest Invite

Bottles are lined up to be judged today and Thursday at the fourth annual Great Northwest Invitational Wine Competition in Hood River, Ore. (Photo by Andy Perdue/Great Northwest Wine)

Past winners of the Northwest Invite include:

Complete results of the 2016 wine competition will be announced Thursday afternoon on Great Northwest Wine.