Commentary: Why the lack of women winemakers in Washington? 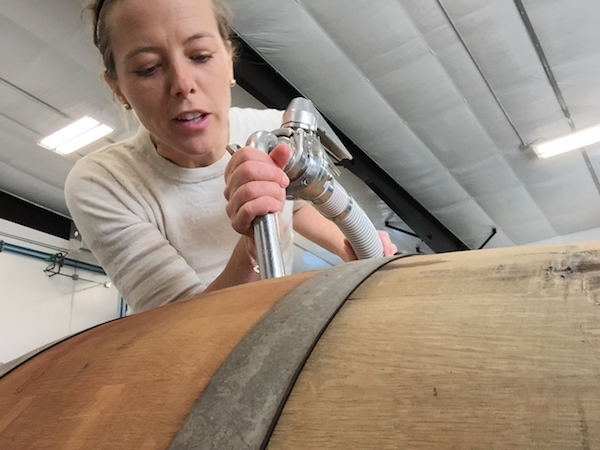 WALLA WALLA, Wash. – Richard Olsen-Harbich of Bedell Cellars recently wrote an article published in the Huffington Post about the great strides that women have been making over the past decade within the wine industry. It is a terrific article written by someone who seems to be a kind man. I hope, for his winery’s sake, that he has hired some fantastic female employees.

But the wine industry doesn’t need nice men. It is laden with them. It needs women.

Matt Kettmann of Wine Enthusiast points out that the Santa Barbara wine growing region is ahead of the gender gap curve where a whopping 20 percent of their winemakers are women.

For a country that is approximately 50 percent female, these numbers should shock. They shock me.

Of the nearly 900 wineries in Washington state, roughly 7 percent have women winemakers, according to my count, and it doesn’t seem to be growing quickly. The question remains, why?

As a female winemaker, I am disadvantaged. I am 5-foot-3 and weigh 120 pounds. This means I can’t pallet-jack two full pallets of case goods, six full barrels or punch down day-old Cabernet in a two-ton fermenter bin. But that’s about all I can’t do. For those three tasks, I find creatures who can. They are everywhere. They are called 22-year-olds.

As a male winemaker, my husband is also disadvantaged, yet his disabilities don’t have a simple and readily available solution. When he arrives at a vineyard, he is often left to load his own truck bed with bins of picked fruit. This he does and moves on. I, on the other hand, find that men come out of the woodwork to do this task for me. I have no idea why. I’ve been driving a forklift for half of my life, but if they want to do this for me, I’m going to hop on my phone and figure out what the weather patterns look like for the next five days and try to get ahead of the curve.

As a male winemaker, my husband has a sea of other men to compete with to find a spotlight within the media. There are no such problems in my world. The media is a female winemaker’s friend.

I’ve been given fruit contracts early in my career by both female and male vineyard owners who simply wanted to make sure at least one woman was working with their fruit, both for societal purposes as well as to see what the difference might be (better, of course).

Time and time again, my day is made easier by the world at large, and I don’t deserve it.

So where are the other women who inexplicably haven’t hopped on the gravy train?

Of the wine jobs recently offered on www.winejobs.com, only 20 percent of the applicants were women.

Women aren’t showing up. For two reasons: 1) wineries and 2) women.

The first problem has the easier solution. Large wineries hire people who have experience, which comes from small wineries, who don’t hire many people and, when they do, they opt to hire someone who can sanitize bins and push a 3-stack of full barrels, i.e., young men. Small wineries need to take it upon themselves to open the sliding glass door between the tasting room, accounting, lab work, inoculations, bin sanitization, trucking, cellar tracking, fork-lifting, racking and bottling. Hire women. One percent of my job is inconvenienced by the tasks I am not physically able to achieve. 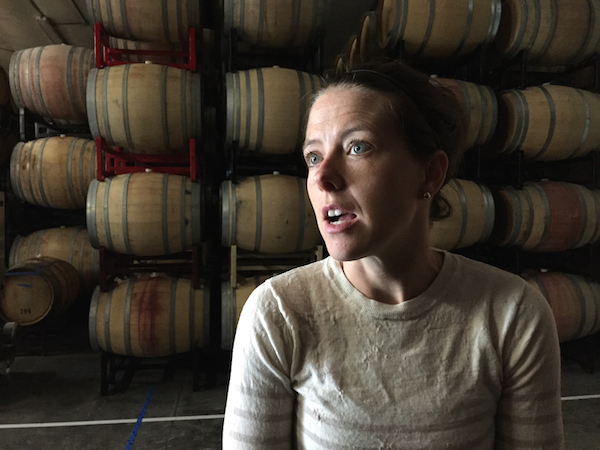 Entry level positions need to be more open to women. Until they are, there is no way for us to get our foot in the door. I get calls monthly from women who are trying to find a crack in the door, and it isn’t there.

The second problem is more complex.

Reshma Saujani, founder of Girls who Code in New York, pointed out during a recent TED talk that we expect boys to fail and fail often. They are more frequently pushed into competitive sports; they are expected to be slow crawlers, walkers, talkers, and slower in school studies. From the beginning, we expect boys to fail and to get back up again. According to Saujani, most girls are taught to avoid risk, and to be perfect. We raise our boys to be brave.

Stanford professor Carol Dweck’s research echoes this sentiment. Her study from the 1980s showed that confronted with difficult tasks, bright girls were quick to give up. The better their IQ scores, the faster they were to give up. Let me repeat, the higher the IQ, the more quickly they gave up. Bright boys, however, were “energized” by a difficult task and were more likely to double their efforts. By this point, they’ve spent their whole lives “getting back up.”

If there were ever an industry based on risk, it’s winemaking. Nature doesn’t care if you made the right pick call, selected the best row in the right vineyard, chose the correct yeast strain (if any) or created an oxygen-rich environment at the correct time. As a winemaker, these decisions are made once and only once, and if you make the wrong one(s), everything continues with or without you. Winemakers can’t choose to be winemakers for easy vintages and stay away during the vintage where it rains every day until the first frost comes a month early. Winemakers have to stand there like an idiot during that vintage too. For a gender possibly riddled with fear of failure, winemaking looks like a horrid, sticky, insomnia-inducing endeavor that doesn’t pay well.

I couldn’t imagine doing anything else.

To ride the chaos of harvest is to feel the adrenaline, risk and rush of nature in ways that few people ever get to experience. The proof of accomplishment in physical exhaustion completes a day, proves a day, in ways that I can’t imagine other professions do. There are days you get home and you know for a fact that you couldn’t have done any more because you can barely move. You’ve used every part of your body, your ability to smell, taste, feel and hear, because there isn’t time to make enough decisions any other way. You work through these months, until the powers that be finally hand you reprieve in the form of the first frost. You put what is left of your creations to bed for the winter, clean up after yourself, take a shower and hope that a great five-course meal paired with some aged Cabernet Franc, Malbec or Pinot Noir lies in your near future — and that you won’t have to make it.