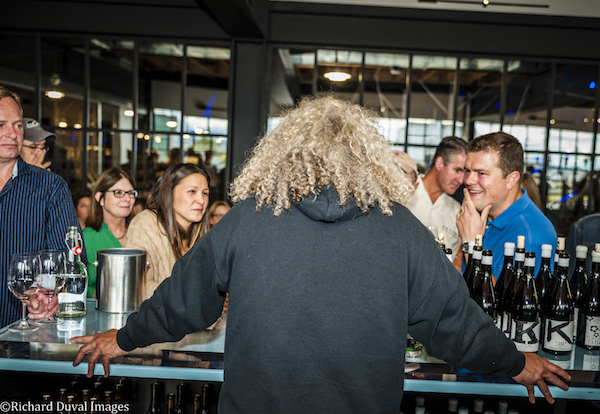 SEATTLE – When Charles Smith makes a move, the earth moves. On Monday, a big “crack” was heard throughout the Washington wine industry when it was announced that Smith had sold his eponymous wine brand to mega-giant Constellation Brands for a reported $120 million.

Smith, however, will continue to charge ahead.

“This is not an early retirement plan for Charles Smith,” he told Great Northwest Wine. “I’m only 55 years old. I’m not going to give everyone a break.”

This is the second time Smith has sold off a large chunk of his company. In 2006, he entered into a sales, distribution and marketing agreement with Seattle-based Precept Wine for his Magnificent Wine Co., a brand that is best known for its “House Wine” label. Precept ultimately purchased Magnficent from Smith in 2010.

Today, Magnificent Wine Co. accounts for about a quarter-million cases of wine, primarily using grapes sourced from up and down the West Coast, according to Precept.

“If you look at changing of an organization or the ability of getting into a real growth mode, Magnificent really changed our company,” he said. “It had great growth and had more of a national footprint.”

Smith said he began working on his current deal with New York-based Constellation Brands about a year ago, which is about the same time he was opening his Jet City winery in Seattle’s Georgetown neighborhood — an operation near Boeing Field that has exceeded even Smith’s lofty expectations.

“It is beyond what I would have imagined,” he said. “Tens of thousands of visitors have come to Jet City in the first year. Walk in there on a Friday afternoon, and you’ll see 50 people standing there tasting wines. We have 25 different wines being poured. It’s ground zero for everything I’m doing.” 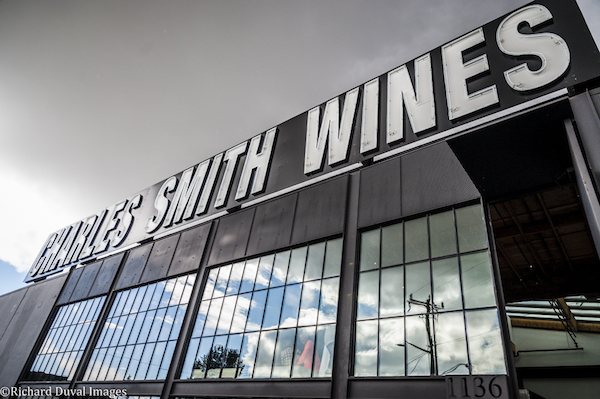 Constellation already has a large footprint in Washington, having purchased Hogue Cellars in the Yakima Valley in 2001. It also purchased most of the wineries from Corus Brands that same year, including Columbia and Covey Run wineries in Woodinville. Corus Brands became Precept Wine in 2003.

Today, Gallo owns Columbia and Covey Run, which means the world’s two largest wine companies — Gallo and Constellation — have a growing presence in Washington. As far as production goes, Ste. Michelle is far and away the state’s leader, producing two-thirds of the wine made in Washington. Precept is No. 2, and the Charles Smith acquisition puts Constellation at No. 3 at nearly 1 million cases, and Charles Smith at No. 4 – he makes about 450,000 cases under his remaining brands, which include K Vintners, SIXTO, Vino, Casa Smith, B. Leighton, Wines of Substance  and Charles & Charles.

Charles Smith Wines are known for their fun and stark labels, including Kung Fu Girl Riesling, Chateau Charles Smith, Boom Boom Syrah, Eve Chardonnay and Velvet Devil Merlot. These wines are made primarily at Wahluke Wine Co. in Mattawa, a custom-crush facility owned by the Milbrant brothers, who also own significant vineyard operations on the Wahluke Slope and the Ancient Lakes of Columbia Valley. All of this would appear to be staying in place, with no indication that any of the wine production would be moving to Hogue’s large production facility in Prosser.

Twice, Charles Smith wines have made the Wine Spectator’s top 100 list, both times with the Kung Fu Girl Riesling. In 2013, it ranked 51st in the world. A year later, it reached No. 43.

Smith said the acquisition will change the Washington wine industry because Constellation now has a greater commitment to the state wine industry.

Smith wouldn’t say what is his next move, but the maverick of the Washington wine industry undoubtedly has something planned.

“I always have something up my sleeve,” he said with a grin.