Mega Purple – an insidious additive that can ruin a wine 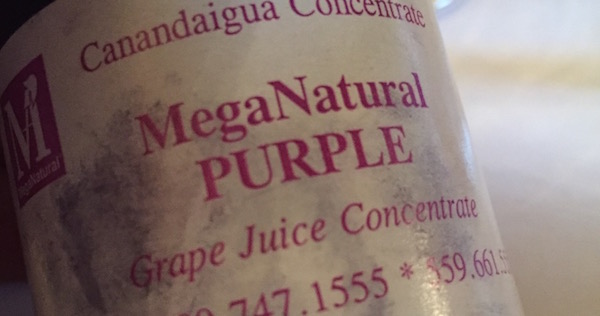 MegaPurple is a grape juice concentrate that, when used in tiny amounts, can effectively add color to a wine. Use too much, and winemakers risk ruining the wine. (Photo by Andy Perdue/Great Northwest Wine)

The next time you pick up a glass of inexpensive red wine, you might look at its color. Is it a little too dark? When you swirl it, does some purple legs remain on the glass?

It could be the natural color of the wine. Or it could be something a little more artificial.

A widely used product in the American wine industry is called Mega Purple. It’s a product made by Constellation – the world’s second-largest wine producer – and it is made by concentrating the juice from a variety called Rubired, using grapes grown primarily in California’s Central Valley.

It’s been around since the early 1970s, and the whole point was to turn a pale-colored red wine darker. In the consumer’s mind, darker means richer and more likely to be purchased and consumed.

But to several wine experts, products such as Mega Purple are an insidious additive that can mute the aromas and even change the flavors of wine.

What is Mega Purple? 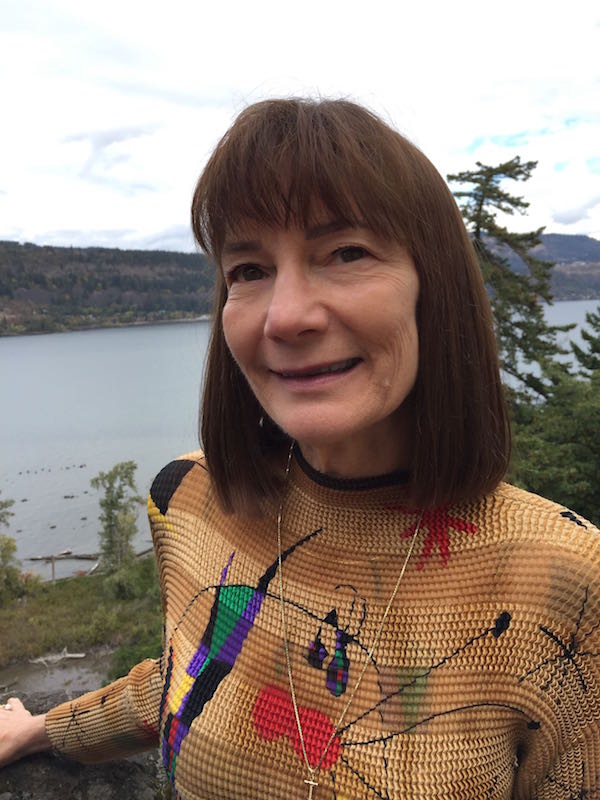 As mentioned, it is a concentrate whose original use was as a color additive.

“Often, consumers think that a pale wine isn’t great, isn’t complex, doesn’t have enough definition, so it was introduced to add color to wine,” Landis told Great Northwest Wine. “That was the original intent.”

Landis conducts seminars in which she will doctor a wine with 0.1 percent Mega Purple and 0.2 percent. The differences are stark. She’ll take a large glass of water and add one or two drops of Mega Purple, turning the color of the water purplish black. It’s stark, and it’s astonishing.

“I can see it, I can smell it, i can detect when the aromatic varietal characteristic is muted, and it’s so obvious to me,” she said. “But I know with wines under $15 a bottle, it might be beneficial because you will add color – and you will add a hint of sweetness, which many consumers like. But it sells, so I think it depends on the use and the degree it is added. This is a very sweet product. It’s reported around 68 degrees (percent residual sweetness). That’s sweet.”

It’s also expensive, selling for around $200 per gallon. But a gallon can add color to a lot of wine – thousands and thousands of bottles.

Landis said that, by far, she notices Mega Purple the most in inexpensive California Pinot Noirs, but she’s also seen it in plenty of Merlot and Cabernet Sauvignon.

Some winemakers who use Mega Purple will add it during fermentation, while others will use it later in the winemaking process. This, she says, can determine how well integrated Mega Purple is in the finished product.

Considering how much Mega Purple is out there – reportedly, 10,000 gallons are sold per year – almost nobody admits to using it. In fact, Landis can’t get any winemakers to talk about their use of Mega Purple.

“There are very few who will admit to using it, even though it’s widely used,” she said. “I do understand the value of adding a bit of color. I believe if you use it in a very low degree, it will not take away from the wine.”

For Landis, her threshold is 0.1 percent.

Of course, Mega Purple is just one of dozens of tools a winemaker has at their disposal. Oak, tartaric acidity, tannins, yeast strains. All of these would be considered additives. But Mega Purple goes well beyond a simple tool because it can change the character of the wine.

Landis loves living in the Northwest, primarily because of the clarity and purity of the wines made in this corner of the world. More often than not, a little Mega Purple can ruin that for her.

“I think many (winemakers) look at the grape concentrates as their magic potion,” she said. “Voila! This wine is now beautiful! For the bulk of average consumers, it’s not recognizable. It’s a fruity, dense, darkly hued wine. There’s something about making a wine that consumers love, and I’m all for that.”

In fact, she believes that the vast majority of wines that sell for $15 or less per bottle probably will have a grape concentrate added to it.

What makes Landis sad is there’s another more natural solution: blending. Adding a little Malbec or Petite Sirah to a wine will add color in a hurry. In fact, one of the primary purposes of blending in, say, Bordeaux, is to fill in the “holes” in a Cabernet Sauvignon. Malbec might add color or acidity, Petit Verdot might add tannin, Merlot might smooth out the wine, and Cabernet Franc might reduce tannins and add complexity.

Landis said blending can fix a wine’s issue without removing its clarity and purity. Mega Purple can go beyond that.

“It can be very manipulative when overused, and it is often overused,” Landis said. “I am seeing a bit of Mega Purple being used here (in the Northwest). For my palate, if used in too high of a degree, it will mute the aromas, it will downsize the varietal characteristics.”