ABERDEEN, Wash. – Starting this weekend, one of Washington’s most customer-friendly wineries will now be open for breakfast.

We’re not talking breakfast wine, but rather a full breakfast menu in its on-site restaurant at Westport Winery Garden Resort.

Westport Winery has long had an on-site restaurant that earlier this year moved to being open every night.

The new breakfast hours begin Sunday, with breakfast being served from 8 to 11 am.

“Our premise has always been to find out what our customers want and then give it to them,” said co-owner Kim Roberts. “We’re fortunate to have fans that offer great ideas.”

Westport Winery adds to its offerings 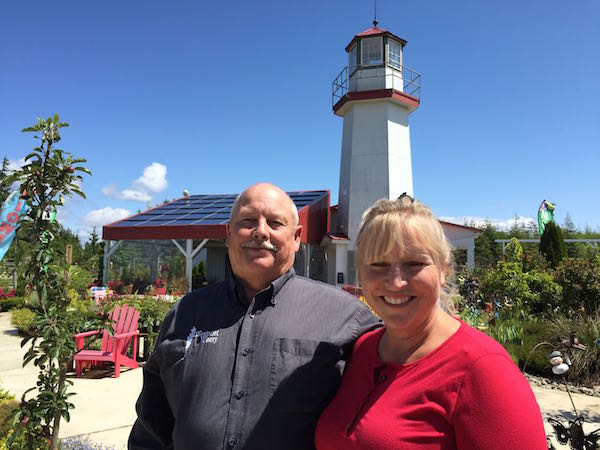 Blain and Kim Roberts, owners of Westport Winery on the Washington coast, have now opened their restaurant for breakast. (Photo by Andy Perdue/Great Northwest Wine)

Westport Winery, which opened just a decade ago, has been named “best winery by King 5 Evening Magazine six times and was Wine Press Northwest magazine’s 2011 Washington Winery to Watch.

In addition to its expansive tasting room, gift shop and restaurant, Westport Winery also features 40 acres of themed gardens, a dog park, RV parking and a wedding venue. Kim and Blain Roberts are former owners of a dive shop in Hawaii and started the winery with their children in 2007. Their son, Dana, is the director of winemaking and is a Washington State University wine program graduate.

This summer, the winery opened a second location, becoming the first Washington winery to open a tasting room in the Oregon beach community of Cannon Beach.

The winery and tasting room is eight miles from the Washington coastline in Grays Harbor County. All of its 36-plus wines are maritime themed.