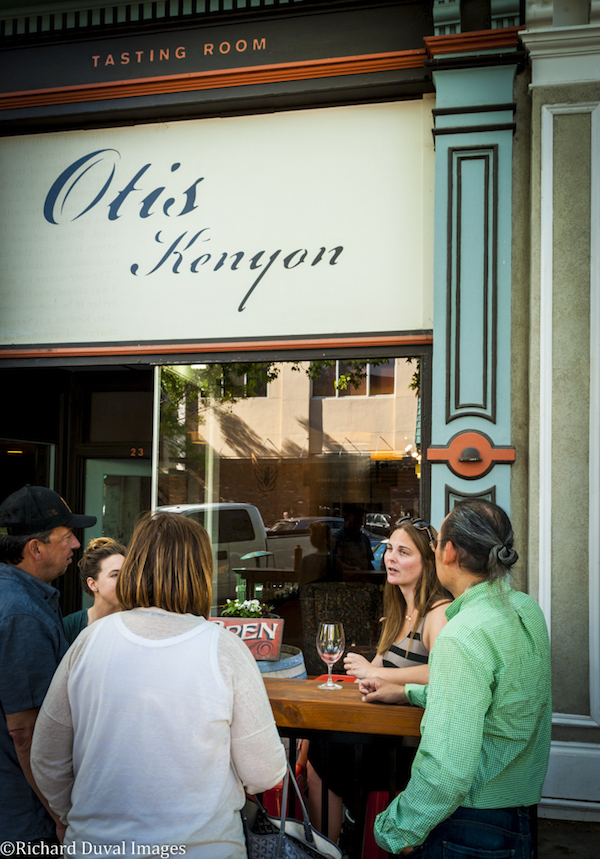 WALLA WALLA, Wash. – One might not think of a convicted arsonist as the role model for launching a winery.

But an unusual family background that concludes with a story of redemption was the perfect backdrop for Otis Kenyon Wine in Walla Walla.

The winery began in 2004, but this story started 80 years earlier with James Otis Kenyon. He was the first dentist in Milton-Freewater, Ore., and, by all accounts, was excellent at his job.

“He was doing really well down there for a number of years, got married and had two kids,” said Muriel Kenyon, his great-granddaughter. “Then another dentist moved into town and took away half his business.”

James didn’t take this with the greatest composure: In 1923, he went to the rival dentist’s office in the middle of the night and set it on fire.

“My great-grandfather decided the best way to deal with the competition was to burn him out,” Muriel said.

On the verge of being caught, James prudently confessed, and it appeared he would be heading to prison. However, a number of professionals from both Milton-Freewater and Walla Walla signed a petition to keep James out of jail, so instead he was sent to the mental institution in Pendleton.

“I’m not sure sure that in 1923 that was a better option than going to jail, but that’s where he went,” Muriel said.

James’ life was collapsing. After he was put away, his wife divorced him, moved 10 miles north to Walla Walla and told her two sons that their father was deceased. 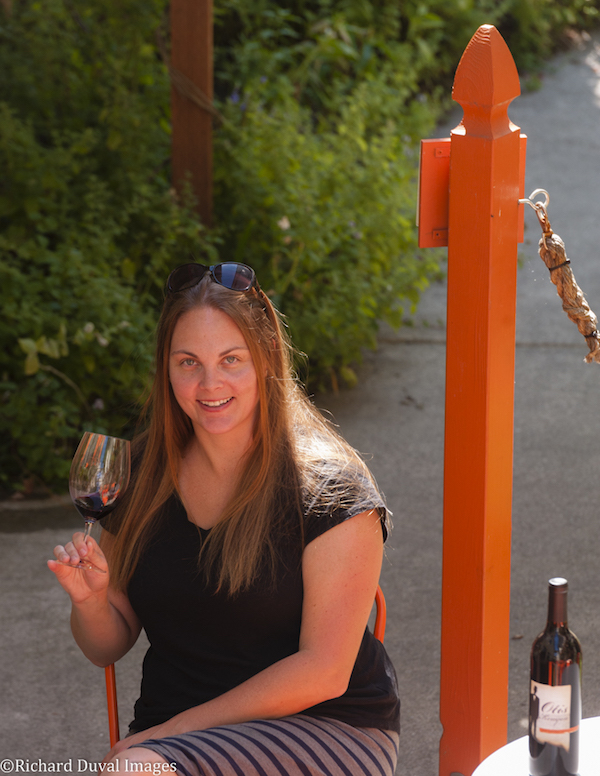 But that wasn’t it. In the 1970s, Steve Kenyon wanted to find out how his grandfather died, so he began to search. All he had was his middle and last names. Strangely, no death certificate was on file, either in Oregon or Washington. Instead, he came upon a story in The Oregonian newspaper about a James Otis Kenyon who had been honored for 50 years of excellent dentistry in Oregon.

James, 85, was retired and living in Lincoln City, Ore.

During his time at the mental facility in Pendleton, James was lauded for performing excellent dental work on patients and staff alike. He also was the institution’s barber. After two years, he was released. He tried to reconnect with his family, particularly his two sons, but his ex-wife was a strong-willed woman who would have nothing of it, so James moved to Portland, where he restarted his dental business until he retired. He remarried and adopted his new wife’s three children.

And he set no more fires.

When Steve tracked him down on the Oregon coast, he cruised past James’ home several times before calling him from a pay phone. James’ wife answered but wouldn’t put him on the phone because he was taking a nap. Steve blurted out, “I think he’s my grandfather.” James’ wife, who knew her husband’s sordid past, paused for a moment, then said, “Oh, I’m so glad you called.”

It turns out she had been encouraging James to reach out to the family he’d left behind a half-century earlier.

“He ended up living to be 101,” Muriel said. “For the last 15 years of his life, he was reincorporated into our family. He was a really caring, generous, loving man. But he absolutely refused to talk about ‘the incident,’ as he referred to it when anybody asked.”

Getting into the wine industry 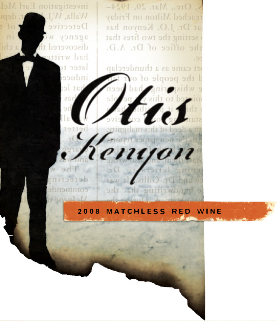 The label for Otis Kenyon features a silhouette of James Kenyon, a former Walla Walla Valley dentist who was imprisoned for arson and inspired the name of the winery.

Years after James died, Steve and his family decided to get into the wine business. They quickly decided to name the winery Otis Kenyon in honor of James. Then they figured they should go ahead and include his story as the backdrop for the winery.

The front label includes a silhouette of James and has burned edges. On the back label, a brief version of his story is told. Visitors to the winery often go home with boxes of matches, and the Matchless Red is one of the winery’s best sellers.

But it almost wasn’t to be.

A month before the family was getting ready to bottle the first Otis Kenyon wines, everyone started to have second thoughts.

“We kind of panicked,” Muriel said. “We’re talking about arson. Arson is a bad thing. People get hurt, people get killed. It’s a serious issue. So we kind of freaked out and decided there’s no way we can do this.”

For three weeks, the family spent every waking hour trying to come up with a different name. But every good idea they had was trademarked.

“In the end, nothing else worked as well as this, so we just decided to go for it,” she said. “In the 11 years of doing this, nobody’s ever had a bad reaction. It turned out to be a momentary panic that I’m glad we didn’t listen to.”

Not everybody would brag about Grandpa being an arsonist and a convicted felon. But this time, it worked out.