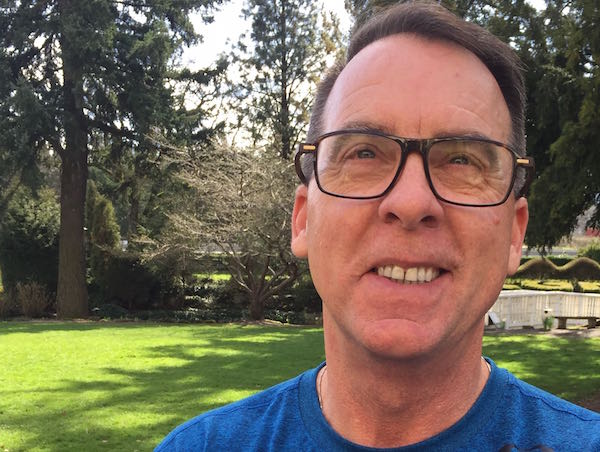 ROSEBURG, Ore. – If Stephen Reustle hadn’t gone out for a jog one day, all of us would have been denied the opportunity to taste some of the best wines ever produced in the Pacific Northwest.

Reustle, owner and winemaker for Reustle Prayer Rock Vineyards in Southern Oregon’s Umpqua Valley, was looking to make wine a second career, and he was checking out a property in Oregon when he decided to go for a jog.

What he saw caused him to call his wife, Gloria, and make the decision to make their home near Roseburg. Here he would go on to craft some of the finest wines anywhere.

We recently sat down with Reustle to hear his story. Here’s the interview: 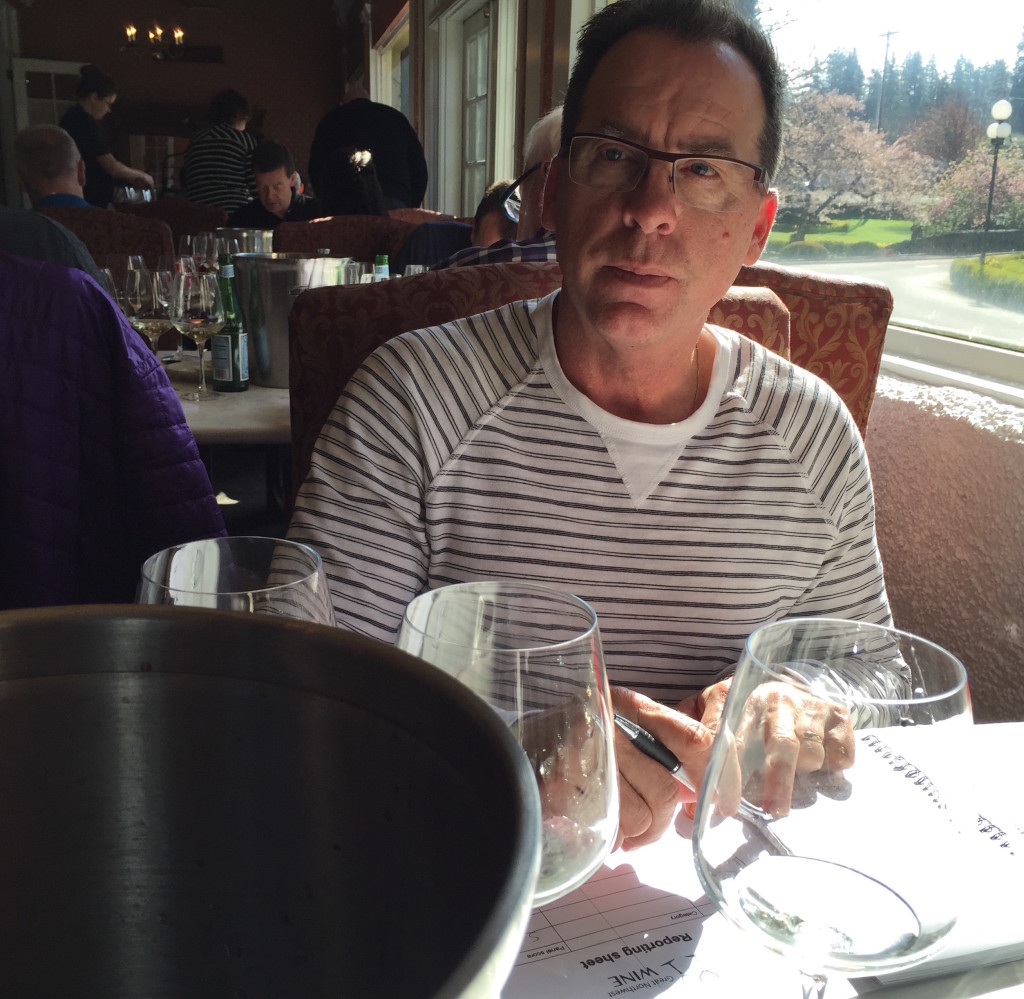 Reustle was born in Philadelphia and lived an hour outside of Manhattan, where he spent many years first as a certified public accountant and later as the owner of a marketing company. When he decided to retire, he was way too young, so he and his wife decided to see what their second act in life would be.

“That was the only wine I could afford in my 20s,” he told Great Northwest Wine. “I could afford great Tempranillos for $6 or $7.”

Unsure where life would lead them, the couple moved to California, where Reustle studied winemaking and began trying to figure out where he would land.

“My wife gave me permission to start a whole new career,” he said. “I always loved farming, so she agreed to us coming out to California, and we lived there for one year.”

Reustle is a studious guy, and he set out to search out the best places to plant a vineyard to accomplish what he wanted. His search stretched from Temecula in Southern California’s Riverside County all the way to Walla Walla, Wash.

Reustle was convinced that he wanted to do cool-climate viticulture and winemaking to accomplish his goals.

“If you get your site planted properly with the right varieties in the right place, then you do proper hygiene in the winery, then you’ll make very good wine,” he said.

He nearly purchased 200 acres in the Anderson Valley, a gorgeous wine-producing valley in Mendocino County just north of Sonoma County. But doing his due diligence first, he went to the Umpqua to check it out. Then he went for the jog that changed his life.

“I was jogging by a stream, and as I was jogging, I saw a mom and a dad playing with their kids and laughing and having a good time,” he said. “As I’m running, I’m saying, ‘This is a really great place to raise a family.’ I went about 100 yards and saw a really old man and a really old woman sitting on a bench looking at the Umpqua River, holding each other’s hands, and I said, ‘This is a really great place to grow old.’ I ran back to the hotel, I called my wife, who was in California, and I said, ‘Honey, I think we gotta do this.’ ”

In 2001, they bought land in the Umpqua Valley and began to plant grapes.

Reustle and his family are devoutly and proudly Christian. At the top of his vineyard was a rock about the size of a Volkswagen Beetle. When Reustle began planting his vineyard, he would take his young son, Walter, then 4, with him to the top of the vineyard.

“I used to put him up on the rock and we’d look at this vista and I would say, ‘Walter, Daddy’s going to pray.’ Then I’d say, ‘It’s your turn to pray.’

“One day, I came up to the rock and rather than stop and pray, I turned around to walk back, and he grabbed me by the arm – and he has these big, brown eyes – and he says, ‘Daddy, we didn’t pray at the rock.’ As soon as he said that, I said, ‘Prayer Rock.’ So we named the winery Reustle Prayer Rock Vineyard.”

Early on, Reustle turned to Southern Oregon University climatologist Greg Jones, who now is one of the wine world’s leading scientists.

“I had him come out and do a climatology study on my site and show me what the heat units were,” Reustle said. “He got me intrigued by an Australian author, Dr. Gladstone, who wrote a book called Viticulture and the Environment. I just have read through that five times. It’s so rich in giving you information on what to plant on your site.

“It was very important for me to plant the right vines on the right rootstock in the right place on our particular site,” he added. “So we took our time and planted a variety of grape varieties.”

In fact, Reustle used various resources to figure out what to plant on every slope of his estate. The results: beautiful fruit and beautiful wines.

One of Reustle’s most famous wines is Syrah, of which he makes no fewer than three different styles. Last year, his Winemaker’s Reserve Syrah was named “Best New World Syrah” at the prestigious Six Nations Wine Challenge – held in Australia, the home of Shiraz, by the way.

“I really thought it was going to be all about Pinot Noir because I’m passionate about Pinot Noir,” he said with a laugh. “I did some studies on what clones work well in the northern Rhône Valley. I planted four clones of Syrah and what I wasn’t afraid to do was pick early, when the acids are still there and you develop those cracked black pepper components. Whereas Australian Syrahs and some California Syrahs tend to be that big, rich, jammy, over-alcoholic Syrah, I wanted more of a French/Rhône style. We’re in a cool climate, and I think with our warm days and cool nights, we can retain that acidity and make wonderful wines. So the cracked black pepper component stayed, and you get the gaminess to it that makes it really nice.”

The king of Grüner Veltliner

Stephen Reustle now produces four styles of Grüner Veltliner. This one is made in a traditional Austrian style.

In his wildest dreams, Reustle never figured to become the American king of Grüner Veltliner, the famous Austrian white wine. But he planted the first Grüner in the United States and now makes four different bottles each year – and is considering a sparkling version.

It all started on a motorcycle trip through Austria a few years ago. He was at a high-end restaurant and asked the waiter to pick him a great white and a great red.

“He brought me a Grüner and a Blaüfrankisch (Lemberger),” Reustle said. “I tried the Grüner, and I was blown away. When I got back to the United States, I looked to see who was making Grüner, and it was nobody. So we planted it in 2003.”

Reustle likens Grüner to Riesling, in that it lends itself stylistically to being either bone dry, a little off-dry or even sparkling. It’s a flexible grape. So he decided to make four different styles. The first is a lean, traditional style called his “Estate Grüner.” The second is a reserve that has a slight trace of residual sugar to give it fullness. His third is called Smaragd that is made in the style of the highest designation in Austria. His fourth style will be released next year and will be called Dolium. It was made in a cement egg.

“I can tell you it’s going to knock your socks off,” he said enthusiastically.

And a sparkling Grüner? He’s tracked down a version being made in Michigan that he hopes to one day emulate.

And Reustle has gotten back around to producing a couple of styles of Pinot Noir – his first love that brought him to Oregon some 15 years ago. He said growing Pinot Noir in the Umpqua Valley is not all that unusual.

“I think it’s a mistake for people to think about the Umpqua Valley being a warm region,” Reustle said. “It really isn’t. Terry Brandborg is making some great cool-climate Pinot Noirs and Gewürztraminers. The Umpqua Valley is really divided into three areas: You have that hot area where Earl (Jones of Abacela) is. We’re in the mid-part, and Terry (Brandborg) is in the north toward the coast. I think the Umpqua makes wonderful Pinot Noirs. You have to be on the right site.”

Based on all the awards and accolades Reustle has earned since his first vintage was produced more than 15 years ago, it’s safe to say he made the right decision to come to Oregon. And it’s all to our benefit.