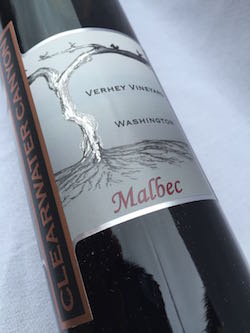 One of the rising stars in the Northwest wine industry is Coco Umiker, a young woman running this winery in Lewiston, Idaho, with her husband, Karl. Together, the two have not only helped to revitalize the wine industry in the Lewiston-Clarkston area of Idaho and Washington, but they also were two of the driving forces behind the Lewis-Clark Valley, which is the Northwest’s newest American Viticultural Area. The grapes for this superb Malbec came from Verhey Vineyard, a top site in the western Yakima Valley’s Rattlesnake Hills that has produced grapes for other award-winning wines around the Northwest. What an enjoyable Malbec, principally for its unusually sunny fruit, its herbal layering, its sense of place, its prickly spice and its exceptional length. This won best of class at the fourth annual Great Northwest Invitational Wine Competition in Hood River, Ore.