Bill in Olympia would ease laws on alcohol at movies 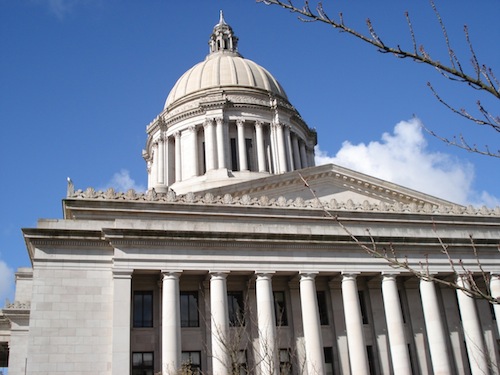 The Washington state Senate in Olympia is considering legislation to make it easier for adults to enjoy a glass of wine at movie theaters. (Photo by Andy Perdue/Great Northwest Wine)

OLYMPIA, Wash. — A bill is going through the Washington state Senate to allow more movie theaters to serve wine and other alcoholic beverages.

Bill 5161 by Sen. Karen Keiser, D-Kent, would remove several restrictions on theaters being allowed to serve wine, beer and other alcohol.

Right now to be eligible for a license to serve wine and alcohol, a theater must not have more than 120 seats per screen. And it must be able to prepare and serve complete meals, as well as provide tabletop accommodations for in-theater dining.

Also, if minors are allowed in such a theater, that establishment must have an alcohol control plan approved by the Washington Liquor & Cannabis Board.

The bill would eliminate both the 120-seat-per-screen limit and the tabletop requirement.

“This is an approach that I think will help a lot of local theater operations,” Keiser said. 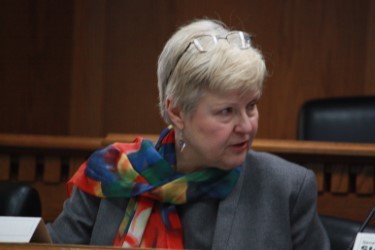 State Sen. Karen Keiser, D-Kent, is sponsoring a bill to make it easier for movie theaters to provide wine and other alcoholic beverages to adults. (Photo by John Stang/Great Northwest Wine)

At the Jan. 19 hearing by the state Senate Commerce, Labor & Sports Committee on Keiser’s bill, T.K. Bentler, an official with AMC Theaters said, “Theaters are either dying or trying to make a comeback.”

Frank Lewis, director of alcohol operations for AMC, said fewer teenagers are patronizing movies theaters. As a result, the theaters are looking to rebuild adult attendance. Also, adding tabletops takes up space that would normally be used for seats.

“We’ve sold alcohol for nine years and never had an incident of someone having too much to drink,” Witherspoon said.

No one from the Washington Association of Sheriffs and Police Chiefs testified in person, but the organization indicated on a hearing sign-in sheet that it opposes the bill.