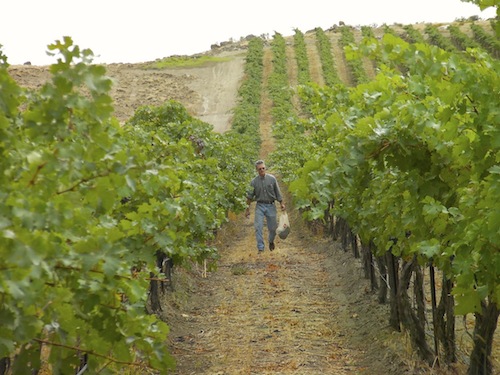 The evening will pay tribute to 40 years of vines and wines with a four-course meal by Ethos Trattoria of Richland as these five industry pioneers share insights and milestones. Simon’s Sauvignon Blanc under her Chinook Wines label will begin the evening at 6 p.m. Tickets are available in advance at theclorecenter.org for $90 per person. A table of eight costs $720.

5 decades of involvement with each property 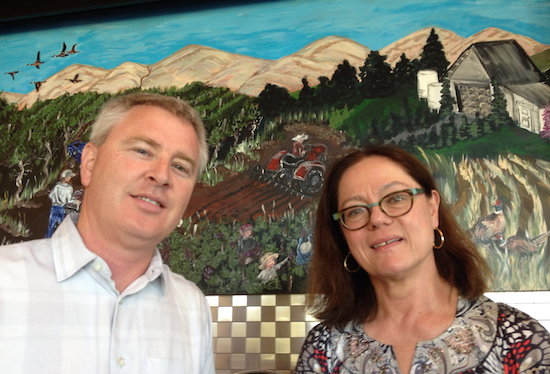 David O’Reilly, co-owner and winemaker for Owen Roe in Wapato, and Kay Simon of Chinook Wines have been longtime supporters of the Yakima Valley and the Washington wine industry. (Photo by Eric Degerman/Great Northwest Wine)

In August, Griffin of Barnard Griffin Winery in Richland celebrated his 40th harvest in the Columbia Valley. In 2006, Barnard Griffin was named Pacific Northwest Winery of the Year by Wine Press Northwest magazine. And at the 2017 San Francisco Chronicle Wine Competition, Griffin continued his remarkable string of success with Sangiovese rosé, earning a gold medal for the 11th time in 12 years.

Carter and his Brian Carter Cellars in Woodinville received the 2015 Washington Winery of the Year Award from Wine Press Northwest. The product of Oregon State University arrived in Washington in 1980 as head winemaker for Paul Thomas in Woodinville when Washington state didn’t have more than 20 wineries.

Simon’s ties to the Washington wine industry began in 1977, the same year Griffin arrived. She was a graduate from University of California-Davis and making wine in the San Joaquin Valley when she visited Woodinville and Chateau Ste. Michelle as part a family trip. Head winemaker Joel Klein convince Simon to join his team, and by the time she left the company in 1984 to start Chinook Wines, she’d risen to the ranks of head winemaker at what is now called Columbia Crest. Perhaps no other winery has branded the Yakima Valley better in the Seattle restaurant scene than Chinook, and Sauvignon Blanc is the first variety she worked with at Ste. Michelle.

The history of Bainbridge Vineyards also dates to 1977, and Wittick began working for founding winemakers Gerard and Jo Ann Bentryn in 1988. Wittick, horticulture graduate from Cornell, purchased the winery in 2013. The vineyards for those cool-climate grapes are certified organic and help Wittick produce 2,000 cases of wine as part of the Puget Sound American Viticultural Area. The Bentryns spearheaded the federal petition that was approved in 1995, six years prior to the establishment of the Red Mountain AVA.

Wolfe, founding winemaker/co-owner of Thurston Wolfe in Prosser, also has strong ties to Ste. Michelle. He earned his doctorate degree from UC-Davis shortly before Ste. Michelle brought him to Washington in 1978 at a viticulturist. He spent seven years with the Woodinville-based company before heading up Hogue Cellars, and in 1987 Wolfe launched Thurston Wolfe with wife Becky Yeaman. It was Wolfe who collaborated with Clore, a close friend, on the petition for the Columbia Valley AVA.

Thurston Wolfe was selected as the 2012 Pacific Northwest Winery of the Year by Wine Press Northwest. One of Wolfe’s most popular wines is Lemberger, the red grape from Austria that Clore championed until his death in 2007. 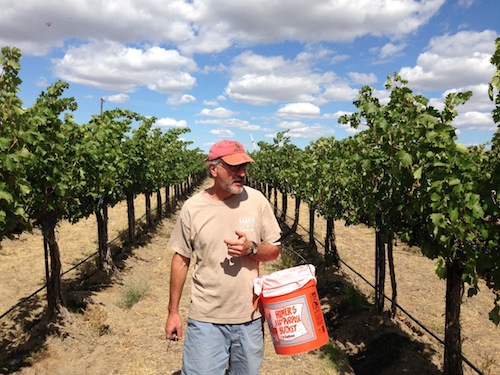 The Clore Center is owned by the Port of Benton and is operated as a nonprofit by the Walter Clore Wine and Culinary Center board of directors. Clore began his storied career in 1937 studying vinifera grapes and their potential for growth in Washington soils. His research earned him official recognition from the state Legislature as the “Father of Washington Wine.”

This historic evening, which includes a social hour, will be moderated by Eric Degerman and Andy Perdue of Great Northwest Wine. It was originally scheduled for Jan. 21.