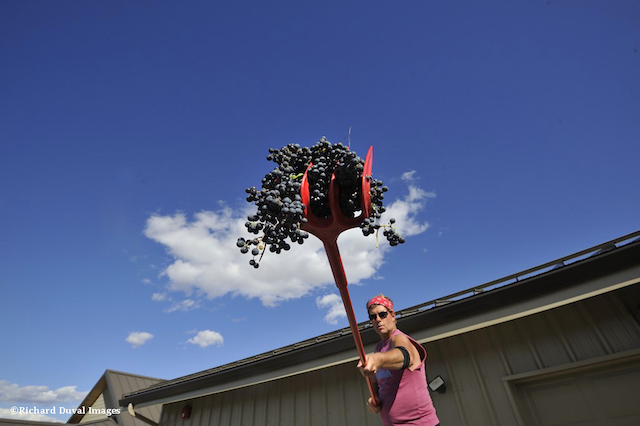 Work on the crush pad at Fielding Hills Winery adds to the color of the 2016 harvest in the Wenatchee Valley. (Photo by Richard Duval Images)

As expected, the Washington wine industry’s 2016 harvest for grapes was a record.

Leading the way was Cabernet Sauvignon at a stunning 71,100 tons, making it by far the king of Washington wine.

“That’s a lot,” said Kevin Corliss, vice president of vineyard operations for Ste. Michelle Wine Estates. “I knew it was going to be big.”

Cab now makes up 26 percent of the state’s total production and is the first grape to crack 70,000 tons in one season. That figure surpasses the state’s entire crop of 1999.

Corliss has a good handle on the state’s grape crop because Ste. Michelle uses two out of every three wine grapes grown in Washington. He said Cab acreage increased a bit more than 5 percent last season. This doesn’t include vineyards coming into full production, something that takes up to four years after vines are planted.

“What we see going forward is steady growth,” he said. “Cab is still king.” 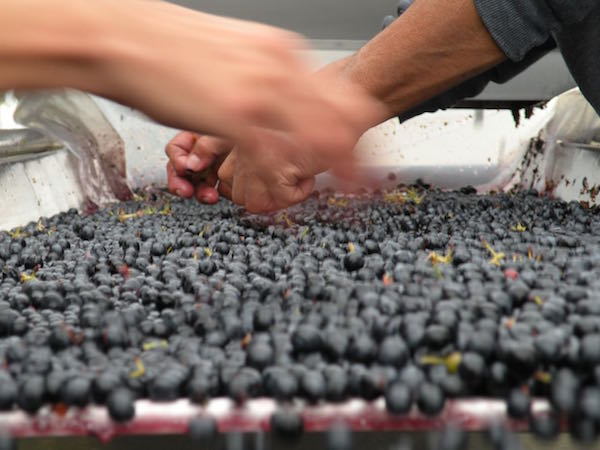 Cabernet Sauvignon grapes are sorted before being crushed and turned into wine at Reininger Winery in Walla Walla, Wash. (Photo by Andy Perdue/Great Northwest Wine)

Both Merlot and Syrah have been difficult sells on store shelves in recent years, so some might scratch their heads over this increase. Bob Bertheau, head winemaker for Chateau Ste, Michelle – the state’s largest and oldest winery – explained both of those grapes are useful in blends.

“I view them as universal donors,” he said, indicating they help soften Cabernet Sauvignon, making it a better wine, a tradition going back to European winemaking.

From a logistics standpoint, having a little Merlot and Syrah in each new vineyard planting is smart, Corliss said. Both grapes tend to ripen early in September, so getting them fermented and out of the way when the onslaught of Cabernet Sauvignon starts coming in is easier on the wineries. 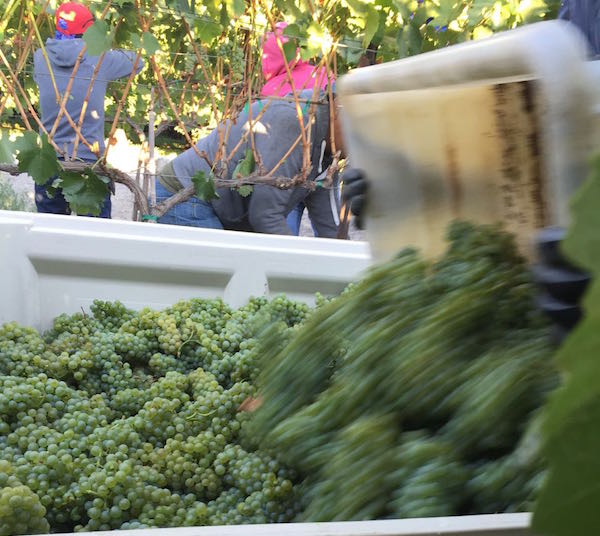 Chardonnay grapes destined for Karma Vineyards in Lake Chelan are loaded into a bin at French Creek Vineyard in the Yakima Valley. (Photo by Niranjana Perdue/Great Northwest Wine)

Corliss said Chardonnay is growing at a slow, steady rate. The drop in Riesling, he said is expected and he believes that the amount available in Washington is balanced with what consumer demands are.

“We look at a 10-year supply-and-demand horizon,” he said.

Based on his projections, Cab probably will cracker 10,000 tons next year.

He said winter damage from this year’s large amounts of snow in the Columbia Valley did not look too bad. But damages are slight and limited to vines, which can easily be retrained.

Corliss seems slightly surprised by the slow growth in Malbec, which jumped from 2,400 tons last year to 2,700 tons last fall. He attributed that to the fact that most Malbec is in high-tier programs, therefore tonnage per acre is naturally lower. He expects Malbec to continue to rise in popularity in tonnage in years to come.