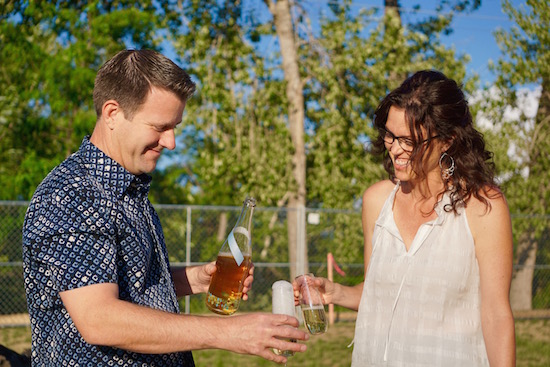 Coiled Wines winemaker/owner Leslie Preston and her husband, Ross Lamm, plan to celebrate this spring when they open a tasting room in downtown Boise and create their own production facility in Garden City, Idaho. (Photo by Dave Romero/Courtesy of Coiled Wines)

GARDEN CITY, Idaho — Coiled Wines is taking two big steps with its growing business by creating a new tasting room in downtown Boise and opening its own production facility in nearby Garden City.

Great Northwest Wine learned of the news in advance of today’s announcement.

“Like our previous move, this is purely amicable and a sign of thriving businesses,” winemaker/co-owner Leslie Preston said. “Although I always said I did not want to own my own building, Coiled and Translations continue to grow so it is time to take this next step with my Coiled family.”

The satellite tasting room is intended to give wine club members an alternative experience, showcase both brands and reach the growing number of residents moving into downtown Boise. Her new Bannock Street retail outlet will be a short walk from the state Capitol and Moya Dolsby, executive director for the Idaho Wine Commission.

“More excitement in the Idaho wine industry!” Dolsby told Great Northwest Wine. “Wineries are expanding, which is why Coiled is moving into their own designated production space in Garden City, and I am thrilled to hear Leslie will have a tasting room in downtown Boise, only two blocks from my office! I foresee Coiled getting a great deal of foot traffic, and I know where my afternoon meetings will be held.”

The projected opening date for both ventures is May 1, and the news comes on the heels of Snake River Winery closing its tasting room in downtown Boise.

In a short period of time, Coiled has earned acclaim among critics with its dry Riesling, sparkling Riesling, Sidewinder Syrah and a red blend called Black Mamba. Production for Coiled is 2,000 cases.

Demand for Preston’s work prompted her to recently launch a second label called Translations that helps slake the thirst of her Snake Charmer and Monty Python wine clubs. Translations, a lineup that features alternative packaging and includes Banter — Preston’s series of wine-based drinks with botanical ingredients — already has reached 1,000 cases and continues to climb.

Preston and her husband, Ross Lamm, are entering rarefied air in the Idaho wine industry by creating a satellite tasting room in a second city. In the past, a handful of wineries in Idaho have opened an additional off-site tasting room within the same city limits.

“Our second location will provide a completely different experience from what we have offered,” Preston said. “We will be opening a small wine bar in the heart of downtown Boise. Located at 813 Bannock, we will be just down the street from our good friends at The Chocolat Bar.”

Preston, 46, graduated from Boise High School and the University of Oregon before finding her calling as a winemaker while teaching French Lit at University of California-Davis — the most respected school in the U.S. wine industry.

She refocused, earned a master’s degree in enology at Davis and worked at Clos du Bois and Saintsbury in Sonoma County prior to landing a job at famed Stags’ Leap Winery in Napa. The 2006 vintage marked Preston’s first attempt with winemaking in Idaho, and she sold those first six barrels to Fraser Vineyards.

Two years later, she launched Coiled in her home state, but Preston and Lamm didn’t move their young family to the Treasure Valley until 2012. That move home showed almost immediately in her wine program as the Coiled 2012 Dry Riesling won best of show at the 2013 Idaho Wine Competition.

In 2014, Coiled Wines was named Idaho Winery of the Year by Wine Press Northwest, a quarterly magazine based in Washington state. 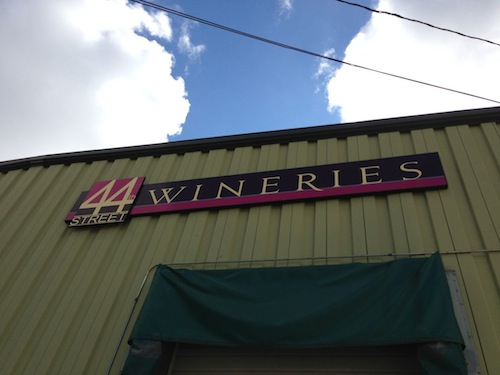 Coiled Wines started producing wines in Garden City at the 44th Street Wineries collective owned by Cinder Wines. Leslie Preston produced her 2016 vintage at Telaya Wine Co. The 2017 vintage will mark her third vintage in three different facilities when she moves into her own winery. (Photo by Andy Perdue/Great Northwest Wine)

Preston and Coiled began to take flight as part of the 44th Street Wineries complex in Garden City with Cinder and Telaya. Last year, she moved into Telaya’s new riverfront winery/tasting room, renting winemaking and retail space along the Greenbelt near the Riverside Hotel.

“We want to thank our good friends at Telaya for hosting Coiled over the past year,” Preston said. “It has been a tremendous opportunity and a year I will always remember.”

Earl Sullivan, co-owner/co-winemaker of Telaya with his wife, Carrie, said the success of both wineries prompted the move by Coiled.

“Telaya’s location on the Boise River has exceeded all of our expectations, providing the opportunity for us to ramp up production much more quickly than anticipated,” Sullivan said. “The growth of both brands, because of this location and the local support for the Idaho wine industry, is creating the opportunity for Coiled to strike out on its own.”

“While I have truly enjoyed collaborating with Cinder and Telaya over the years, the time has come for all three of us to stand on our own,” Preston said. “Our industry is small and supportive, so this is by no means an end to any of our ties.”

Preston’s new production facility will be less than three blocks from the Sullivans’ winery. The two couples have a pair of boys nearly the same ages, so the 2017 crush will be different from last year for both families.

“I will miss seeing our boys running around the winery with the Sullivan boys, but we will just be a hop, skip — or skate — and jump away on 34th Street,” Preston pointed out.

Coiled’s departure will provide additional room for 3100 Cellars, the young sparkling wine project by Telaya assistant winemaker Hailey Minder. However, 3100 Cellars is working on its own retail outlet as well as an estate vineyard.

“It will be bittersweet come harvest,” Minder said. “Having multiple winemakers in the same building is always nice because it gives the opportunity to bounce ideas off several winemaking styles and backgrounds.”

Look for both the Coiled and Translations brands to be poured in the Boise tasting room, and they will be presented in flights, by the glass and by the bottle. She moves into the space vacated by A Cupcake Paradise. One door down is The Chocolat Bar. Across the street is 10 Barrel Brewing. Around the corner is the popular restaurant Juniper.

Preston’s production and bottling facility will be in the Sevoy Antiques Warehouse building at the corner of Chinden and 34th. The production space spans about 3,000 square feet, and there are plans to create a tasting room with a patio. The antique dealer will remain a tenant in Coiled’s new Garden City investment, Preston said. Sevoy continues to operate its Mid-Modern Antiques & Art Gallery in nearby Meridian

While she is leasing the Garden City building, Preston has designs on buying it, describing this as her “final move.”

“I know this will be a wild ride,” she added.