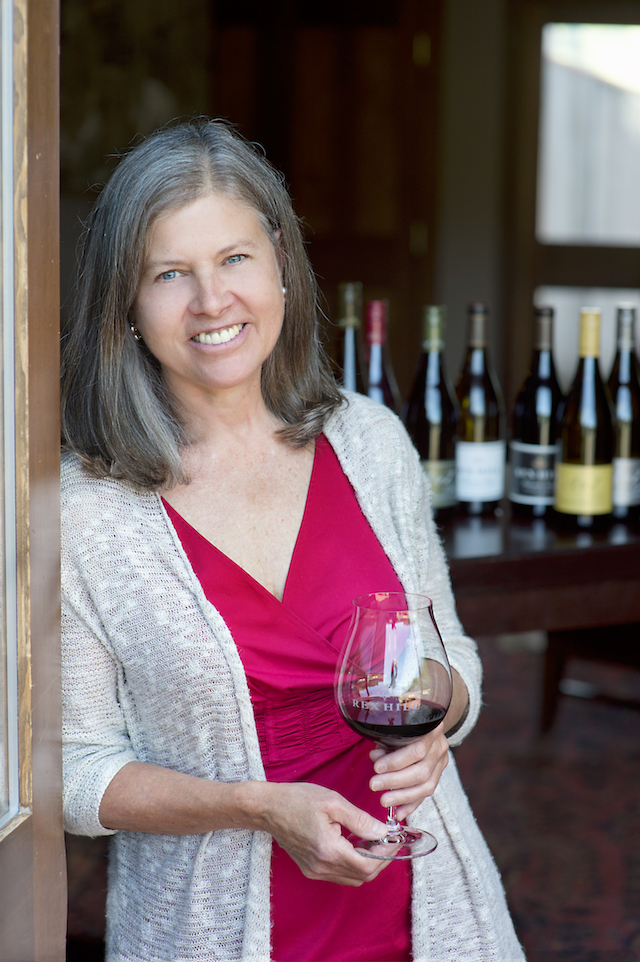 Deb Turner Hatcher, co-founder of A to Z Wineworks, learned that her Newberg, Ore., wine company has been selected as a Hot Brand by industry leader M. Shanken Communications. (Photo by CWK Photography/Courtesy of A to Z Wineworks)

The Newberg-based brand announced news of its award on Thursday, and its Impact Hot Brand recognition is based on 2016 performance. Impact defines a Hot Brand as one that sells more than 250,000 cases and exhibits growth of at 15 percent in the previous year or three consecutive years of sales beyond 10 percent.

“While our goal has been to be the best, not necessarily the biggest, now as Oregon’s best-selling brand, this award is a welcome accomplishment for us and for Oregon,” Deb Turner Hatcher, founder and chief sales/marketing officer of A to Z Wineworks, stated in a news release.

At this point in the state’s history with wine, A to Z Wineworks and King Estate in Eugene would appear to be the only brands in Oregon to fulfill the Hot Brand criteria of 250,000 cases produced annually.

Impact magazine is a trade publication geared toward executives in charge of distribution and sales of spirits, wine and beer throughout the world. It was founded by Marvin Shanken, who oversees lifestyle publications such as Cigar Aficionado and Whisky Advocate.

Amy Prosenjak, President of A to Z Wineworks, will accept the award next month during the 74th Annual Wine & Spirits Wholesalers of America Convention in Orlando, Fla.

“We are honored to win this recognition and join the prestigious company of previous Hot Brand award winners,” Prosenjak said. “This is an opportune moment to thank both our trade partners and the consumers who have been vital to our business’ growth.”

A to Z Wineworks began in 2002 with Hatcher, Cheryl Francis, Bill Hatcher and Sam Tannahill gathering around a kitchen table to develop an approachable, affordable and large-production Pinot Noir. The foursome knew what it was doing with work backgrounds that included The Eyrie, Chehalem Wines, Domaine Drouhin-Oregon and Archer Summit, respectively.

In the 15 years since, they’ve twice produced a Pinot Noir that’s placed within Wine Spectator’s Top 100 Wines of the Year. Along the way, A to Z Wineworks has tripled production in the past 10 years.

Their commitment to responsible business and environmental practices led to its award in 2014 as the first certified B Corp winery in the world. A to Z Wineworks’ commitment to conservation includes its program of using Western juniper wood as fence posts in its vineyards.

The blend of quality wine with sustainable business strategies has helped A to Z Wineworks’ unoaked Chardonnay to the rank of the top-selling Oregon Chardonnay in the country. It also has been a certified L.I.V.E. winery since the program began in 2008.