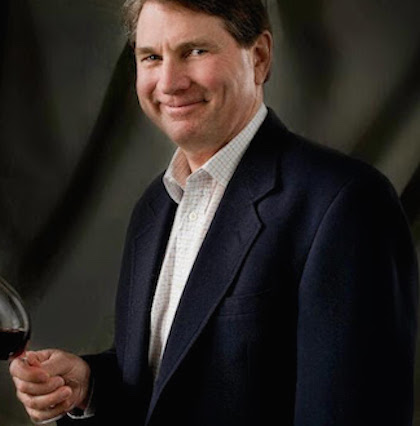 PATERSON, Wash. – Doug Gore, a man who’s quietly been promoting Washington wine for more than 35 vintages, is the 2017 inductee into the Legends of Washington Wine Hall of Fame.

Gore, who is the vice president of winemaking for Ste. Michelle Wine Estates, said he is humbled by the honor.

The San Jose, Calif., native studied at Cal Poly San Luis Obispo and worked to Beringer Winery before coming to Washington state. He arrived in Washington in 1982 just in time for harvest. For most of his career, he was the winemaker for Columbia Crest in Paterson, which he helped build into one of Washington’s largest operations.

As a leader of Columbia Crest, he took on the responsibility of promoting Washington wine across the country, and he was responsible for the rise of Merlot, a red variety that originally put Washington on the world wine stage.

Under his direction, the Columbia Crest 2005 Reserve Cabernet Sauvignon earned the top wine in the world on the Wine Spectator top 100 list in 2009. Thanks in part to this wine, Washington now is known as Cabernet country.

He realizes he could have followed in the footsteps of his friend Bob Betz and started his own winery, but he said that he found plenty of job satisfaction within the framework of Ste. Michelle Wine Estates, especially working with such global greats as Piero Antinori of Italy and Ernst Loosen of Germany. Plus, with the company owning wineries in Napa Valley and Sonoma County, he was able to work with grapes from diverse regions, which has kept him motivated throughout his career.

In his role as executive vice president of winemaking and vineyard operations, he now leads the tremendous growth of the Washington wine industry, including pushing the state’s acreage past 50,000 acres and annual tonnage beyond a quarter-million tons each fall.

In addition to his winemaking acumen he’s also served as a mentor for winemakers and viticulture teams across the company during his time at Ste. Michelle, helping to cultivate several notable winemakers.

Gore will be inducted into the Legends of Washington Wine on Aug. 11 at the Walter Clore Wine and Culinary Center in Prosser. The gala event begins at 6 p.m.