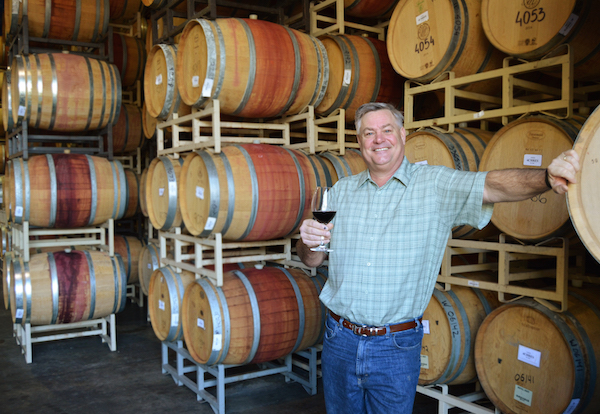 SPOKANE – One of Washington’s largest family owned wineries is opening a new tasting room – in its owners’ hometown.

Maryhill Winery, one of the state’s most remarkable wineries since it started in 1999, is opening its first satellite tasting room, in Spokane, where owners Craig and Vicki Leutholds still maintain a home.

The new tasting room is scheduled to open this fall in Kendall Yards on the north bank of the Spokane River. While not as dramatic as the winery’s tasting room, which is perched upon basalt cliffs in the Columbia River Gorge, overlooking the Columbia River with stunning views of Mount Hood in the distance, the Kendall Yards location will offer Maryhill’s extensive lineup of wines.

“Our new tasting room in Spokane will allow us to meet increasing demand not only of our wines, but in the relaxed, welcoming experience we’ve tried so hard to cultivate at our tasting room in the Gorge,” Craig Leuthold said. “Kendall Yards offers open space, fresh air, public art and a diverse mix of businesses, making it an ideal location for our tasting room.”

Between the music and the wines, Maryhill draws about 75,000 visitors a year, making it one of the most-visited in the Northwest and one of our region’s top destination wineries.

The Leutholds were living in Spokane when they began to get interested in wine. They were part of a local group who bought wines to explore not only the Pacific Northwest but also the nation and the world. They knew they were hooked — and likely needed to get into the industry — when they started having pallets of wine delivered, which took over their garage.

Maryhill Winery, along Highway 14 in Washington state, features a 4,000-seat amphitheater with the Columbia River serving as a backdrop. (Photo by Jesse Larvick/Courtesy of Maryhill Winery)

“We wanted to get off the corporate merry-go-round,” Craig Leuthold said. “We always had a passion for wine, and we wanted to take that to a different level. We knew Washington was on the cusp of greatness, and everyone we met in the industry was so wonderful. That excited us, and we knew we wanted to become involved in it.”

Their first foray into the business was becoming business partners in Cascade Cliffs, a small high-end producer to the west of Maryhill Museum near the town of Wishram, Wash. This whet their palates for what was possible, so the Leutholds began to look for where they could start their own business. They looked in Walla Walla, the Yakima Valley and beyond.

But as they drove between Spokane and Wishram, they became entranced with the lower Columbia Gorge region and ultimately approached Maryhill Museum about building a winery on its property. Because the museum is run by a nonprofit board, the two parties could never come to an agreement.

Meanwhile, Dan Gunkel had planted vineyards a mile to the west and already had all the necessary permits to build a winery, so the Leutholds took advantage and located their future there. They called it Maryhill Winery.

When one drives down lonely Highway 14, the location the Leutholds selected would not seem to be ideal, but it has turned out that way. Maryhill Winery is purposely just outside the Columbia Gorge National Scenic Area and its strict construction codes. It’s also an easy drive from Portland — less than two hours of freeway driving.

They opened in May 2001 with wines from the 1999 and 2000 vintages crafted by talented winemaker John Haw, who made his mark the previous decade at Sokol Blosser Winery in Oregon’s Dundee Hills.

Success came reasonably quickly. In 2004 at the West Coast Wine Competition in Santa Rosa, Calif., Maryhill’s 2002 Zinfandel beat out more than 100 other Zins — all from California — to win best of class. This propelled Maryhill to the A-list of Washington wineries.

Meanwhile, instability came to the cellar, the key to any winery’s success or failure. Haw left to become a consulting winemaker, so the Leutholds brought in a new winemaker, who didn’t end up fitting into the direction they wanted to go. He left, and they brought in their third winemaker, who also didn’t last long. In the summer of 2009, they found the right fit in Richard Batchelor, a New Zealand native who had been honing his winemaking talents in Napa, including Paraduxx and Hall wineries.

Batchelor took quickly to the Columbia Valley, producing stellar wines in his first vintage. By 2010, he was ready to play, so he and the Leutholds embarked on the Vineyard Series, a group of nine vineyard-designated wines using grapes from throughout the vast Columbia Valley. They were universally spectacular.

Along the way, Spokane has developed into a wine-touring destination. The state’s second-largest city continues to attract tasting rooms, particularly to its downtown core.