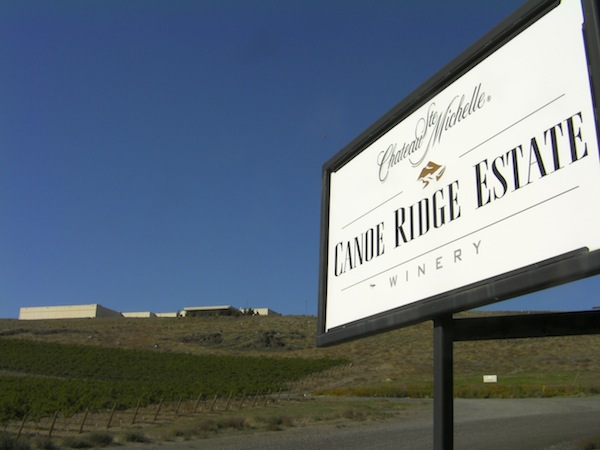 Each production facility for Ste. Michelle Wine Estates, including Canoe Ridge Estate in the Horse Heaven Hills, already operates under an individual permit through the Washington Department of Ecology. (Photo by Andy Perdue/Great Northwest Wine)

OLYMPIA, Wash. – Washington state’s proposed winery wastewater permit system is expected to be applied to only 19 percent of the state’s wineries.

That figure comes from Tuesday’s release of the Washington Department of Ecology’s draft permit documents. The state proposes making an annual production of 7,500 cases as the lower threshold of requiring a permit.

“The wine industry overall, and Ste. Michelle Wine Estates specifically, is very responsible in terms of environmental quality,” Ryan Pennington, senior communications manager for Ste. Michelle Wine Estates, told Great Northwest Wine. “As such, we have permits with Ecology already for all of our facilities, and we continue to do our best to make sure the new permits will reflect the great work that wineries already are doing to protect our environment.”

Eighty-one percent of Washington’s estimated 900 wineries produce less than 7,500, according to a fact sheet among the draft permit documents. However, those who produce 7,500 cases or more annually account for 96 percent of the state’s wine.

“Historically, Washington winemaking facilities have not been a major source of pollution. However, there are examples of groundwater contamination from facilities with wastewater that have similar characteristics and that use similar discharge methods,” the state fact sheet said.

It continued: “For example, a food-processing plant in Michigan contaminated groundwater with metals after spray-irrigating their wastewater on nearby fields. Additionally, there are a few examples of large winemaking facilities in California that land applied wastewater and caused impacts to groundwater quality. Because the wine production in Washington has increased greatly over the past decade, Ecology decided to develop a general permit and establish good waste management practices for this rapidly expanding industry.”

According to the state, potential dangers from untreated winery wastewater include:

* Nutrients, the wrong salinity and extreme pH figures can deplete oxygen from organic materials, which can hurt aquatic organisms. The same imbalances can harm crops and vegetation.

* The depleted oxygen in groundwater can lead to excessive flying insects carrying diseases and algae blooms in bodies of water.

To receive state ecology department updates on this issue, people can sign up at the Winery Listserv.