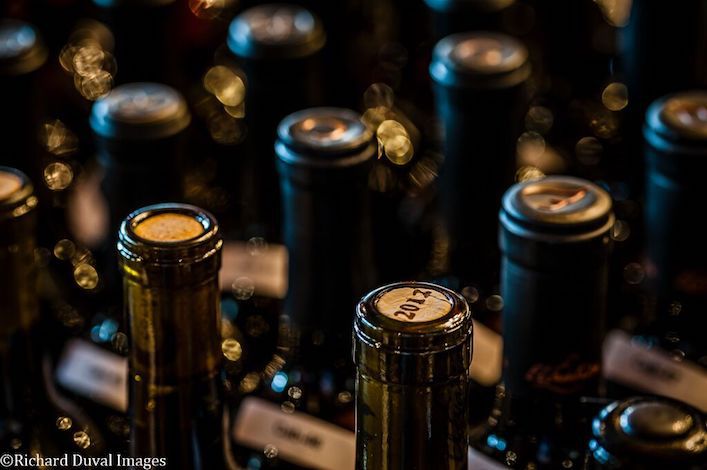 Cabernet Sauvignon entries stand ready to be double-decanted for judges at the 2017 Cascadia Wine Competition in Hood River, Ore., at the historic Columbia Gorge Hotel. (Photo by Richard Duval Images)

GRANDVIEW, Wash. — After a two-year hiatus, the Washington State Wine Competition is returning.

Two years ago, the Central Washington State Fair discontinued its longtime competition after organizer Ruth Anglin retired from the fairgrounds staff after 34 years – 33 of them running the wine competition.

Through the years, entries in the competition ebbed and flowed, until the fair decided to shut it down after 30 years.

In its new iteration, the competition will be operated by Great Northwest Wine, a media company based in Richland – the heart of Washington wine country. It is operated by Eric Degerman and Andy Perdue, two longtime Northwest wine journalists and newspapermen.

The competition, which will take place Tuesday, June 20, at Yakima Valley College on its Grandview campus. Judges have not yet been announced but will include wine professionals from throughout the state.

The format will be a blind tasting: Judges won’t know the producer or price of the wines until the competition is complete. They know only the variety or style.

The competition also will give to the next generation of Washington winemakers, as proceeds from the competition will go toward funding wine-related scholarships at Yakima Valley College, South Seattle  College, Washington State University and Walla Walla Community College.