June 1 marks the start of the Idaho Wines Fly Free program on Alaska Airlines for its mileage plan members.

BOISE, Idaho — Today marks the start of both Idaho Wine Month and the Alaska Airlines Idaho Wines Fly Free program for those flying out of Boise and Lewiston.

The promotion applies to members of the Alaska Airlines Mileage Plan, allowing each member to check one case of Idaho wine free of charge on Alaska Airlines and Horizon Air flights departing from Boise and Lewiston. There is no charge to sign up for the mileage plan.

“This will encourage our customers to buy a little more wine,” said Melissa Sanborn, winemaker and co-owner of Colter’s Creek Winery and Vineyard in Juliaetta. “They can’t carry it on the plane, so now they will think, ‘I can buy a whole case and I don’t have to pay for shipping.’ ”

At 3 p.m. today, the Idaho Department of Commerce will stage a five-hour public celebration at the Boise Airport with Idaho wineries pouring samples to toast the campaign.

“With it being the start of Idaho Wine Month, the timing of this new program couldn’t have worked out any better,” said Moya Dolsby, executive director of the Idaho Wine Commission. “People are also thrilled that it’s going to be out of Lewiston as well. It’s just another step in raising the game for the Idaho wine industry.”

In addition to promoting and supporting the wineries, officials said Idaho Wines Fly Free will save a wine-toting traveler about $60 on checking a case of wine.

“Hopefully the next time someone comes to Idaho they will be flying home with a case of wine,” said Diane Norton, manager of the Idaho Division of Tourism and Visit Idaho.

“It’s another sign that we’re mature enough as an industry to be a part of this, and that’s pretty neat,” said Koenig, who opened his showpiece tasting room last fall.

The Alaska Airlines concept began in 2011 with its Taste and Tote program in Washington state for airports in Yakima, Pasco and Walla Walla. It has grown to include four airports in Oregon and California wine country destinations in Santa Rosa and San Luis Obispo County. Gem State winemakers are crediting the Idaho Division of Tourism and the Idaho Wine Commission for getting onboard.

“We have some ads supporting it, but it really is the Division of Tourism that deserves the credit,” Dolsby said. “It definitely helps that Diane Norton is such a supporter of ours, and her team also is aware of the success of the Idaho wine industry.”

Each week, Alaska Airlines operates 165 flights to Boise Airport and 20 weekly flights to the Lewiston Regional Airport. Visit Idaho spends more than $100,000 annually advertising with Alaska Airlines. Those continued campaigns, along with the growing acclaim for Idaho wines, made the concept a reality.

“I believe we will be able to continue the relationship with Alaska just as other Fly Free programs have,” Norton said. “Our advertising campaign goes through the holidays and then we submit a new promotional calendar.” 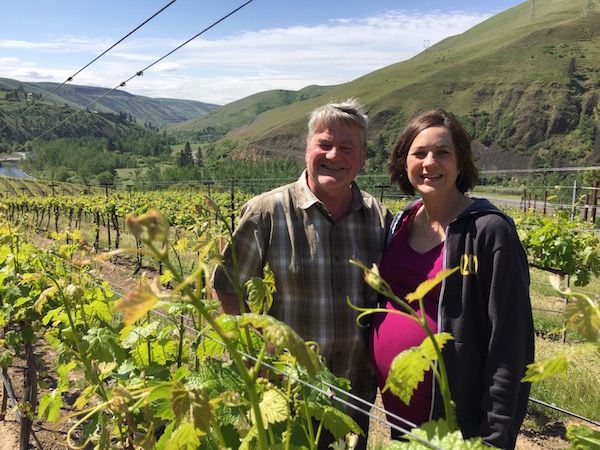 Lewiston was the home of Robert Schleicher, a Frenchman from Lorraine who established his 130-acre vineyard along the Clearwater River starting in 1883 and went on to produce the Pacific Northwest’s first nationally acclaimed commercial wines. Norton said the 2016 establishment of the Lewis-Clark Valley American Viticultural Area, serviced by the Lewiston Regional Airport, was important to Alaska Airlines. And the carrier’s news release supports that.

“They did compliment us on our proposal, the partners across the state we brought to the table and strategic marketing efforts we mapped out with them going forward,” Norton said.

As result, expect to see the Idaho Wines Fly Free logo featured within promotional materials on the pages of publications such as Sunset magazine and splashed across Facebook.

“Everybody has been talking about this for awhile, and I know the Department of Tourism has been working on it quite a bit,” said Sanborn, a governor-appointed commissioner on the Idaho Wine Commission. “It’s pretty exciting to have one more thing to offer to people when trying to sell wine at the tasting room. It’s a great perk. Now we need to get to work and get the word out.”