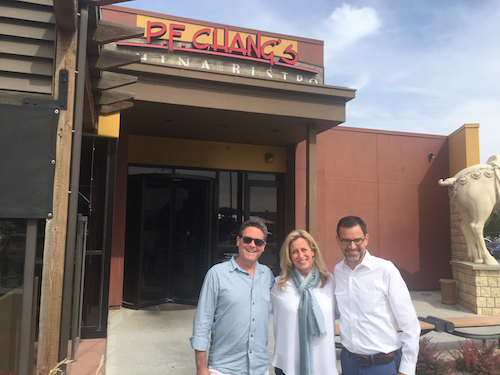 SEATTLE – One of Washington’s largest wine producers has teamed up with a nationwide chain of restaurants to produce a set of wines to pair with their new menu.

Precept Wine, based in Seattle, worked with P.F. Chang’s China Bistro to produce a red and a white blend to complement the eatery’s new Farm to Wok menu. Known as Project Walla Walla, the wines became available May 30 — by the glass or bottle — in all 214 restaurants across the United States.

The wines were developed in Walla Walla by winemaker John Freeman at Waterbrook Winery. They are made under the Browne Family Vineyards label, one of the company’s high-end brands, which operates a tasting room in downtown Walla Walla.

The white blend is predominantly Riesling, and includes Sauvignon Blanc, Chenin Blanc and Roussanne. The red is heavy on Merlot, and includes Cabernet Sauvignon and Syrah.

This is not the first time Precept has been half of a big-name collaboration. In 2014, director of winemaking Hal Landvoigt successfully created red and white blends for Alaska Airlines specifically intended to taste better than wines typically do at high elevations and inside an airplane.

The P.F. Chang’s partnership came out of a 2016 meeting with Precept CEO Andrew Browne and P.F. Chang’s beverage director Mary Melton, who hatched the idea over a glass of wine. 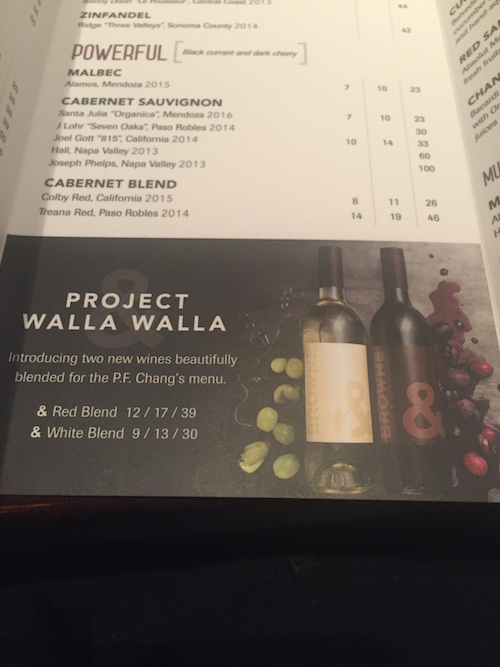 With Asian cuisine, Freeman faced the challenge of designing wines to go with a wide range of flavors and textures, including sweet, sour, umami and spicy. Freeman said he started by choosing vineyards that would achieve certain ripeness and structure.

He made dozens of iterations. The white took two blending sessions to nail down. The red was more complicated, requiring 15 blending trials.

The results prove themselves on the table. The white blend goes remarkably well with Hot and Sour Soup, while the red blend marries with Asian dishes that aren’t traditional red wine choices.

Freeman said acidity, sweetness, tannin and use of oak all became part of the equation. To prove that, a taste test between the Browne white blend next to a California Chardonnay showed exactly how well one goes with P.F. Chang’s food while the other clashed with the spices.

And since the wines are under screwcap, the flavors are protected and it’s easier for restaurant staff to open bottles.

Browne sees all kinds of possibilities with the concept of designing wines to go with specific cuisines.

By the glass, the white is $9 and the red is $12. By the bottle, the restaurant offers them for $30 and $39 respectively. These two wines were made in small production with the ability to expand quickly.

The manager of the P.F. Chang’s in Kennewick said the wines have been quickly embraced by customers, partially because the servers have the confidence to recommend them and customers know the wines will pair well with their meals. It takes the guesswork out of ordering.

Browne recognizes that having his wines poured so prominently at a national level means his wines will, in many cases, serve as an ambassador for the Washington state wine industry. He is comfortable with that responsibility.

“It puts Washington on a pedestal,” Browne said. “Mary could have chosen any winery in the world, and she chose to come to Washington. That says a lot more about our state wine industry than about my company.”