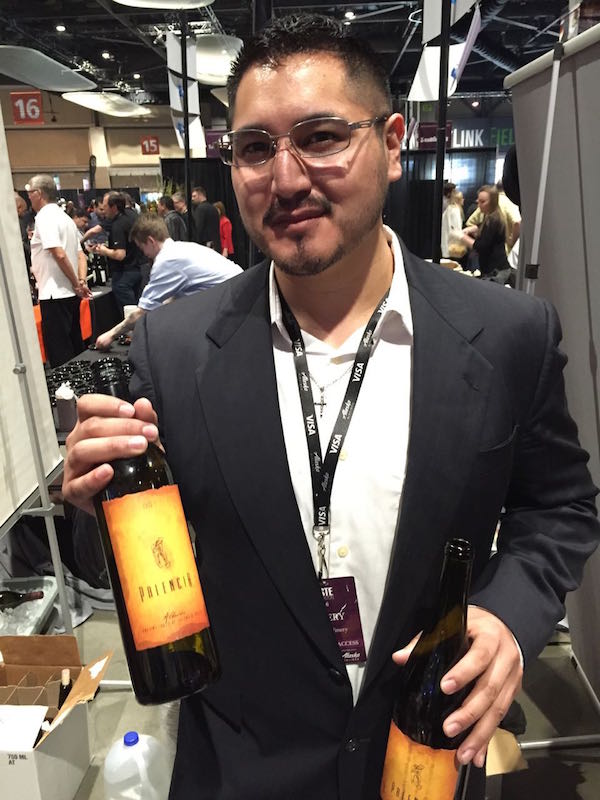 “Wow, I have been drinking that wine pretty aggressively,” Palencia said with a chuckle. “The Grenache is doing really well, and I know the wine club took a big chunk of it. It’s all extremely humbling.”

A record number of 36 wineries combined to enter 125 wines in the competition that also serves as fund-raiser for the viticulture and enology program at Walla Walla Community College. The judging is a collaborative effort by Great Northwest Wine and WWCC’s College Cellars.

Palencia, 32, was a part of the first graduating class from College Cellars, and he wasn’t the only Latin winemaker from the College Cellars program to shine at the June 13 judging. One of his classmates, Amy Alvarez-Wampfler, helped Sinclair Estate Vineyard lay claim to three double gold medals for red wines from the 2013 vintage and best red blend for its 2013 Vixen. She joined her winemaking husband, Daniel Wampfler, at Abeja after the 2015 crush.

Johnson Ridge – formerly Walla Faces – has the acclaimed Chris Camarda as its consulting winemaker, however the day-to-day winemaking is handled by Victor de la Luz, who is continuing his education with a few classes at College Cellars. Johnson Ridge earned gold medals for its 2014 Estate Syrah and 2016 Estate Rosé. 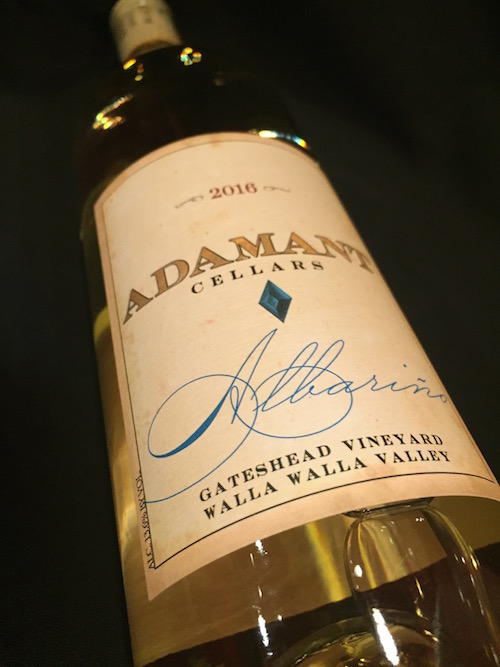 “When I lived in Colorado, I used to drink a ton of Albariño in the summertime,” Stinger said. “When we moved from Portland to start the winery, I thought it would be awesome to do an  Albariño, and it does so well here at about 4 tons to an acre.”

Stinger finishes it bone dry, and he sells all 110 cases of it through his wine club or his tasting room at the airport complex.

“When people have been tasting all day around Walla Walla, it’s red, red, red,” Stinger said. “We’ve got crisp white wines to offer, and our wine club eats it up.”

Adamant Cellars also earned three gold medals for red wines, and while Stinger, a former software developer, didn’t attend College Cellars, he can thank the program for two of his top interns. Chuck Hundley went on to create Tricycle Cellars not far from Adamant at the airport complex, and Jason Fox is a rising star in downtown Walla Walla with his Lagana Cellars and Nox Perpetua brands.

L’Ecole No. 41 displayed skill across the spectrum with gold medals for Merlot, Syrah and its white Bordeaux blend Luminesce — each made with estate fruit in the Walla Walla Valley.

Palencia’s haul from last week’s judging included a gold medal for his off-dry Albarinño, and his Grenache wasn’t the only one to earn gold. Mary Derby’s DAMA 2013 Grenache backed up its best of class award at the San Francisco Chronicle judging with a gold in Walla Walla. John Freeman and his Precept teams at Browne Family Vineyards and Waterbrook wineries combined for five gold medals — including best of class for the Browne Family Vineyards 2016 Grenache rosé.

Making a case for Grenache in Washington 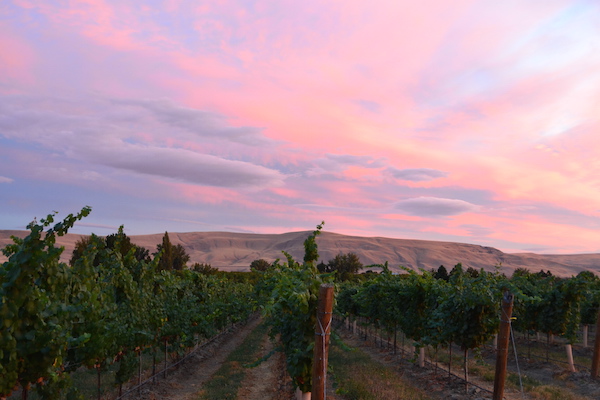 Canyon Vineyard Ranch is an estate vineyard in the Yakima Valley near Prosser, Wash., for Seattle-based Precept Wine. (Photo by Andréa Johnson Photography/Courtesy of Precept Wine)

A decade ago, Palencia first made a Grenache from Canyon Vineyard Ranch, a 500-acre planting known as Snipes Canyon Ranch when Precept purchased it from Bob Stiles. Soon after Palencia launched his eponymous brand, he made a standalone Grenache in 2012. He also produces bottlings of Mourvèdre, Syrah and a GSM blend, and Palencia’s wine club nearly wipes out each release. What’s left is sold at his tasting room among the Port of Walla Walla winery incubators near the airport.

“Grenache has got great potential, and it’s almost an advantage to us because it’s still a niche variety in the marketplace,” Palencia said. “That adds to the attraction because people will take a second look.”

This past winter during the Washington Winegrowers Association annual meeting, storied viticulturist Kent Waliser encouraged his peers to plant more Grenache. Earlier this year, Palencia’s 2013 Grenache earned a gold medal at the 2017 Judgment of Geyserville, an invite-only tasting staged annually in Sonoma County. Sales for his 2014 Grenache will outstrip the 120 cases he produced.

“Grenache performs really well,” Palencia said. “It has good depth and color. As far as how strong the variety can be in Washington? That depends upon the market. It can happen, but we might have to define the style. I like more spice, more acidity and lower alcohol, but I do know that more folks like the riper style of Grenache.

“If I was a grower, I think I would get behind Grenache,” he added. “It gets pretty huge clusters and yields really well.” 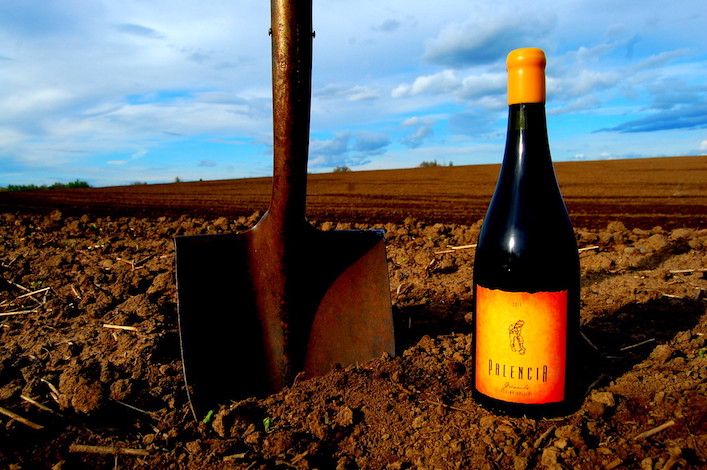 Palencia grew up in the Yakima Valley and graduated from Prosser High School in 2003. He spent much his youth working at what is now Canyon Vineyard Ranch, the source of his award-winning Grenache, which retails for $36.

“I always knew it as ‘Klingele’ when I was growing up,” Palencia. “We lived a few miles down the road from there. It’s more of a temperate climate, and it’s been a great site.”

He contracts for that Grenache with David Minick, vice president of vineyard operations at Precept Wine. It was Minick, as founding winemaker of Willow Crest Estate Winery in Prosser, who hired Palencia as a teen to work in the cellar.

“We have a level of understanding because even though he’s a grower on a corporate level, he’s a winemaker at heart,” Palencia said. “We look at the chemistry pretty closely, and I give him the feedback to guide him to the style of fruit that I’m looking for.”

Palencia’s career took off in earnest via a scholarship to Walla Walla CC courtesy of famed Leonetti Cellar. He was the youngest student in the nascent program and not of legal age to consume wine. His background and success in the College Cellars program led him back to Willow Crest as Minick’s assistant winemaker and attracted the attention of the New York Times and Good Morning America because he was not legally able to drink.

“That Grenache takes me full circle,” Palencia said. “It brings me back some to my college years when I made a similar wine in 2005 with Grenache while I was at Willow Crest. It’s cool because I have a real connection to that vineyard, and I think it helps with the end product.”

Success leads to opportunities for Palencia 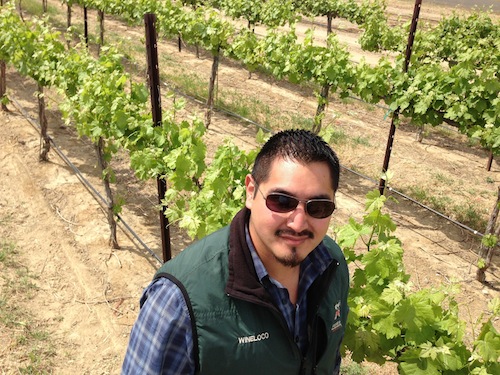 In 2007, he was hired by Jack Jones and Dick Shaw to oversee the massive production at J&S Crushing on the Wahluke Slope. There in Mattawa, Palencia is in charge of 1.5 million cases worth of wine, working with clients that include the Jones family’s Jones of Washington brand and some of Shaw’s own Henry Earl Estates wines.

Palencia said his background of working in the vineyards and being able to communicate so easily with the workforce continues to helped him. His winemaking accolades include Wine Press Northwest magazine’s 2012 Washington Winery of the Year for Jones of Washington and best of show awards at the 2015 and 2016 Cascadia International Wine Competition for Pinot Noir rosé and Albariño, respectively.

“I’m proud of being a Latino,” said Palencia, who begins moving his own brand into the Port of Kennewick’s Columbia Gardens wine project this fall. “I enjoy my culture, the lifestyle and the work. It’s a way of thinking, that connection to the vineyards, that sometimes I take for granted, but I think it shows in the wine because I am a Latino.”

The Columbia Gardens location also means he’ll have his wines just across the Columbia River from Pasco, one of the state’s largest Latin communities.

“I’m pretty excited,” he said. “The Port told us we can start getting in there in early to the middle of September, which will be a little nerve-racking because I’ll be in harvest mode, so I’ll get my feet in the door and next year hit the ground running hard.”

Palencia plans to maintain a presence in Walla Walla beyond the move of production for his own wines from the Port of Walla Walla’s incubator project next year. That path began more than 15 years ago when he followed his father into Minick’s vineyards at Willow Crest.

“Everything has an inspiration, and I have a wonderful support system,” Palencia said. “We really enjoy what we’re doing.” 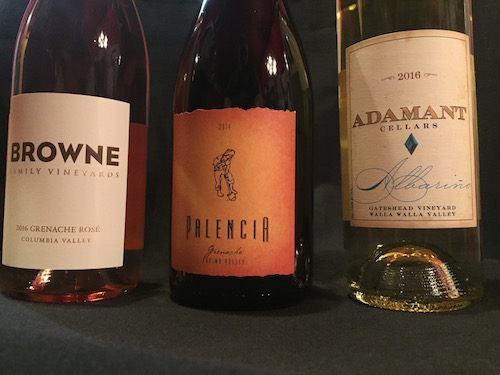