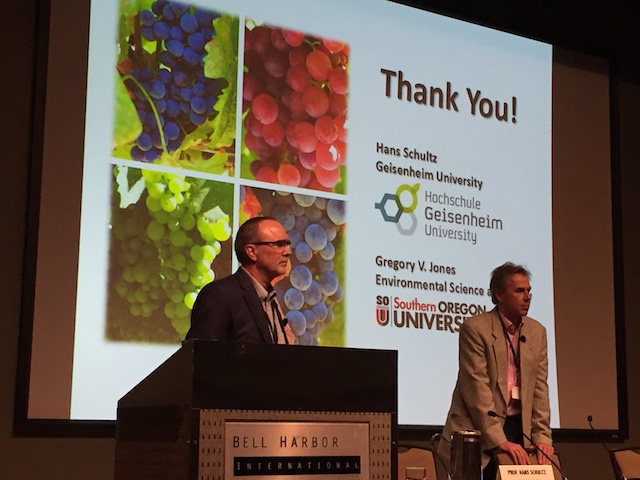 Last year, Wine Business Monthly tabbed Jones, a professor at Southern Oregon University in Ashland, among its Top 50 Wine Industry Leaders for his work as one of the wine world’s leading climate researchers. Linfield claims to be the first college in the U.S. to offer an interdisciplinary liberal arts degree in wine studies and is working toward a wine and sustainable systems major.

“I am proud that Greg Jones will lead our wine education program,” Linfield President Thomas L. Hellie said in a news release. “He has earned an international reputation for his research on wine, climate and the environment; I think he’s a perfect fit for Linfield.”

Almost exactly a year ago, Jones spent a week on the McMinnville campus spearheading the 11th International Terroir Congress and the Society of International Terroir Experts. He was responsible for recruiting more than 150 of the planet’s scientists working in climate, geology, soil and plant studies in viticulture and wine research to the Pacific Northwest.

“I’m excited to come to a small, private liberal arts college that is student-centered and regionally engaged, and in the heart of the Oregon wine industry,” Jones said.

Jones takes over Aug. 15, replacing founding director Ellen Brittan. On the board of directors of the Oregon Wine Board, Brittan recently decided to return to Brittan Vineyards to work alongside her winemaking husband, Robert. She resigned as general manager of the Carlton Winemakers’ Studio to develop the program at Linfield.

Few members of the Pacific Northwest wine industry are as well-traveled or as respected as Jones, who shares his latest research with winemakers, growers and fellow scientists around the world and year-round. His knowledge of wine, science, government regulations and bureaucracy allowed him to successfully petition the Alcohol and Tobacco Tax and Trade Bureau to establish the Elkton Oregon American Viticultural Area in 2013.

Two years later, Jones played a key role in the TTB’s approval for Eagle Foothills AVA in Idaho. He’s worked behind the scenes on a number of other petitions.

“While at Linfield, I plan to continue my research and outreach throughout Oregon, California and the Pacific Northwest, while maintaining a strong presence as a leader of numerous national and international research teams and organizations devoted to studying viticulture and wine production,” Jones said. 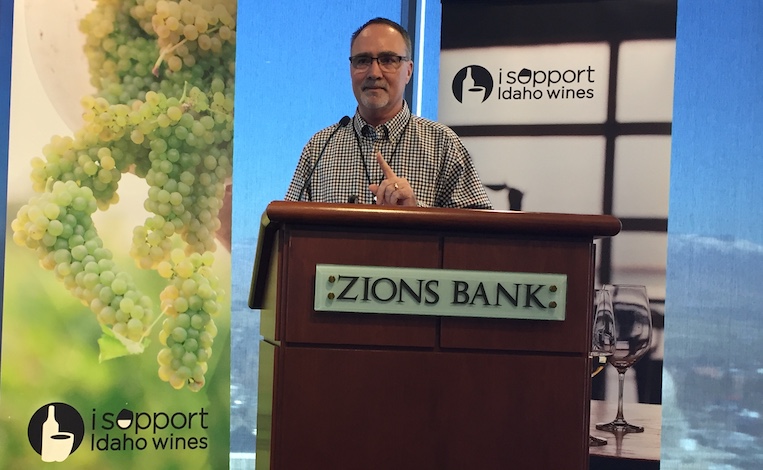 At SOU, Jones served as director of the division of business, communication and the environment in addition to being a professor and research climatologist in environmental science and policy. His research specializes in the climatology of viticulture with a focus on how climate variation influences vine growth, wine production and the quality of wine produced.

Among his published works was a role as contributing author to the 2008 Nobel Peace Prize-winning Intergovernmental Panel on Climate Change report.

David Beck, co-owner of the Crawford Beck Vineyard in Amity and former chair of the Oregon Wine Board, said Linfield “scored a major coup” with the hire.

“Dr. Jones is widely known for the quality of his scientific publications and his leadership in his field,” Beck said. “The partnership between Linfield and Dr. Jones will surely enhance Linfield’s contributions to undergraduate education in the study of the wine industry.”

Jones, 57, earned a bachelor’s degree and a Ph.D. in environmental sciences with a concentration in atmospheric sciences from the University of Virginia. He has been a faculty member at SOU since 1997. His father, Earl Jones, pioneered commercial viticulture of the Spanish grape variety Tempranillo in Roseburg, Ore., in 1995 and created Abacela Winery. His step-mother, Hilda, serves on the board of directors for the Oregon Wine Board.