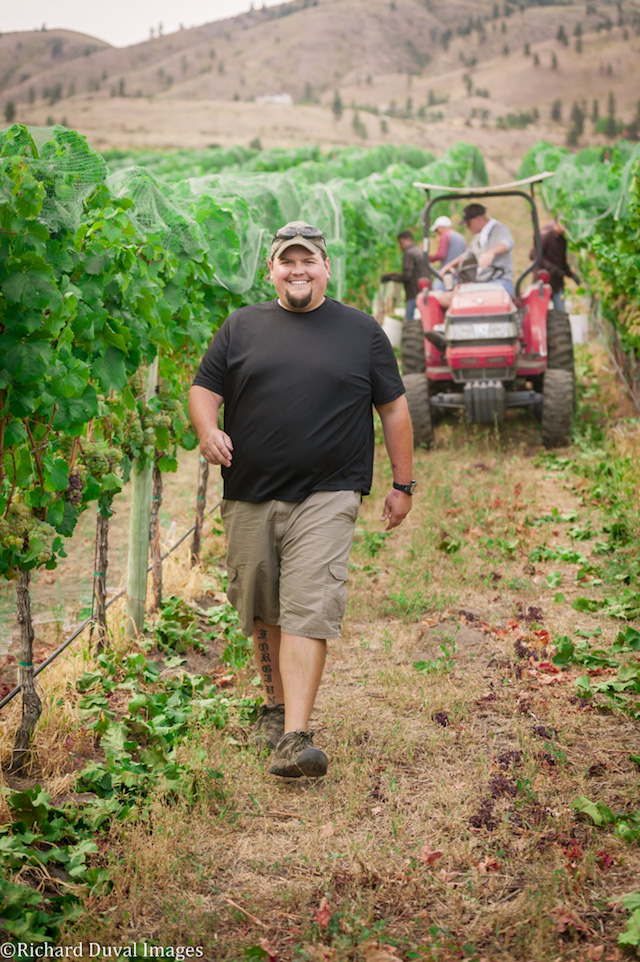 CHELAN, Wash. – Lake Chelan winemaker Shane Collins wasn’t looking to leave stately Tsillan Cellars, but Rocky Pond Winery offered him an exciting opportunity that allows him to continue to work and live in the community where he grew up.

“I like working for people with big plans and a big vision, and I like being involved with things on the ground level,” Collins told Great Northwest Wine.

Ray Sandidge, who has been producing wine on the north shore of Lake Chelan for more than a decade, will spearhead the 2017 vintage for Tsillan Cellars. Collins will get things set up for Sandidge and continue working for Dr. Bob Jankelson through July 31.

“I respect the marriage between vineyard and the art of winemaking and am excited to work with and craft wines from Tsillan Cellars award-winning vineyards,” Sandidge stated in a news release.

Collins replaces Ron Bunnell, whose winemaking put Rocky Pond Winery on the map. Rocky Pond owner David Dufenhorst pointed to the 2017 Seattle Wine Awards as the latest example of Bunnell’s talent as the 2015 Double D Vineyard Estate Syrah won a double gold, and the 2015 Sauvignon Blanc and 2015 Viognier each received gold medals. Those wines were produced at Bunnell Family Cellar in Prosser, where Bunnell and his wife own and operate the delicious Wine o’Clock Bar & Bistro.

“He makes great wines, but he has his own winery, and we really want a winemaker working full-time for us,” Dufenhorst said of the former head winemaker at Chateau Ste. Michelle. “I don’t think he was going to get Susan and his mother-in-law to move to Orondo with their two young kids.” 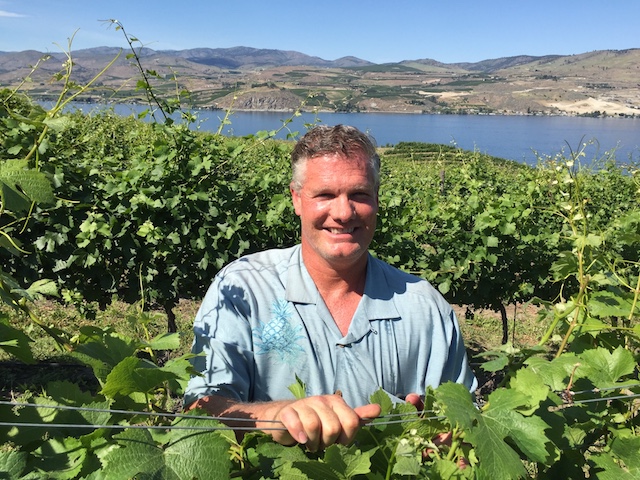 Dufenhorst and his wife, Michelle, continue to develop and grow their young and ambitious Rocky Pond project. In 2016, they first opened a tasting room in Woodinville and followed up a few months later with a tony tasting gallery in downtown Chelan. As CEO of Seattle-based Security Properties, he oversees a company with apartments in 29 states. And yet, he’s remarkably hands-on with his 200-acre parcel along the Columbia River south of Chelan that he’s transforming into Double D Vineyard. Last year, Michelle unveiled an events center that’s surrounded by the vineyard.

Among the duties for Collins will be to broker sales of grapes from the 30-acre Clos Chevalle and Double D vineyards. Dufenhorst already has 60 acres established at Double D, with plans to top out at 150 acres. The goal is for Collins to keep about 25 percent of those grapes and top out at 10,000 cases of wine for Rocky Pond.

“With the vineyard, how much land we own and are planting, we need somebody local, and Shane’s name bubbled to the top,” Dufenhorst said in a phone interview from Denver International Airport. “He’s a great winemaker. He knows viticulture, works with the vines and lives there. He’s a natural for us. It’s a good step for him and for us, and it came together pretty quickly.”

Dufenhorst said Collins will use the Vin du Lac production facilities near the confluence of the Chelan and Columbia rivers for the 2017 crush. Rocky Pond hopes to get approval for a new winery near the Columbia River, a vinification facility near Orondo that Collins will help design. And Collins will drive by Tsillan Cellars constantly as he checks on Clos Chevalle, a planting that’s one of the oldest vineyards in the Lake Chelan American Viticultural Area, weaving through portions of the Bear Mountain Golf Resort development.

“I wasn’t really looking to leave Tsillan Cellars,” Collins said. “I just celebrated my 10th anniversary of working here, which I have loved. I was very happy here, but everything is dialed in here so it hasn’t been as exciting and not as challenging. The Rocky Pond project is pretty exciting and seems like a great opportunity for my career and my palate. This all happened pretty quickly.” 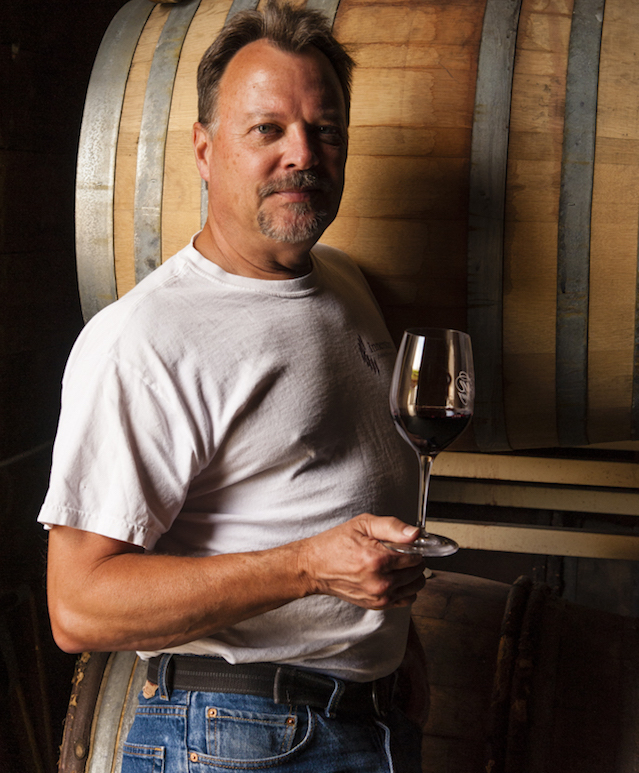 Ray Sandidge will take over as winemaker at Tsillan Cellars in time for the 2017 harvest. (Photo by Richard Duval Images)

Sandidge has deep ties to the region, and some of his fondest memories are fishing Lake Chelan with his father. After making wine in Germany and New York, his rise in the Washington wine industry began in 1990 when he worked alongside Brian Carter in the Yakima Valley to produce wines for Apex Cellars and Washington Hills before taking over at Hyatt Vineyards.

In 1995, Florida businessman John Walker bought a 20-year-old vineyard near Prosser and launched Kestrel Vintners, hiring Carter and Sandidge to create his wines. By the time Walker built his winery and tasting room in 1998, Sandidge had taken over as the head winemaker of the young Prosser brand, which has grown beyond 120 acres of estate vines.

In 2004, Sandidge moved north to assume the winemaking duties at Lake Chelan Winery and work for the Kludt family. Along the way, he launched C.R. Sandidge in Manson and worked as a consultant to a number of wineries in the region.

At Tsillan Cellars, he’ll work with 40 acres of vineyards spread out across Jankelson’s 120-acre estate. 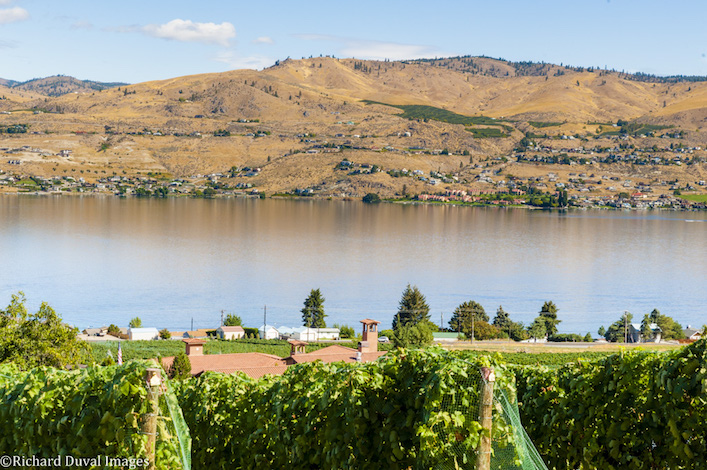 Collins grew up along the north shore of Lake Chelan – Manson High’s Class of 1998, the same year that the market for apples began to fall apart. His is the fourth generation to have farmed in the region, and the graduate of Washington State University’s communications school and then Walla Walla Community College’s winemaking program looks forward to becoming more hands-on with viticulture for Rocky Pond.

“I’m a fanatic about Lake Chelan, and the Double D Vineyard really whetted my appetite,” Collins said. “The location is close to Chelan, but it’s down along the river. It’s kind of like the Milton-Freewater ‘Rocks’ meet the Horse Heaven Hills or Red Mountain because there’s glacial till combined with river rock, and the heat is just crazy. It’s just a different soil profile and will allow me to make a different style of wine than I’ve ever made before.”

In the next few days, he’ll orchestrate his final round of bottling for Dr. Jankelson, a visionary figure in the Washington wine industry who has played an integral role in creating a remarkable wine culture and developing a year-round tourism industry around Lake Chelan. Collins said he’s leaving the region’s largest winery, about 8,000 cases he developed, in good hands.

“The Kludt family was the first when they planted Cougar Ridge in Manson in 1998, but Bob Jankelson was next in 2000,” Collins said. “Ray is a local guy, too, who has been working with the Kludts and Bob since around 2000, so I think this is ending well. It is important to have someone who is on-site daily, and I’m going to help them as long as they need it.”