UNION GAP, Wash. — They didn’t really need the help of Backer No. 1221 because with a week to go Liberty Bottleworks in Union Gap, Wash., near Yakima is just a few drops from attaining Kickstarter funding to manufacture what’s billed as the first double-walled tumbler made in the United States.

The all-or-nothing project on Kickstarter officially will come to life Saturday, July 29, after reaching its target of $60,000. With six days to go, more than 1,100 backers had pledged a total of $59,340 in support of the limited edition, 16-ounce insulated tumbler designed to keep beverages hot or cold longer. The $35 Kickstarter-born bottles will continue Liberty’s program of BPA-free drink bottles with a PureShield lining and built using high-grade recycled aluminum from the United States.

Paul Beveridge, owner/winemaker of Wilridge Winery in Seattle and Yakima, also has been a supporter for several years, offering Liberty Bottleworks canisters to patrons at his Naches Heights tasting room.

Other wineries, breweries and groups that have embraced the bottles include Gilbert Cellars and Kana Winery in downtown Yakima, Napeequa Vintners in Leavenworth, Bron Yr Aur Brewing Co. in Naches and the Oregon Wine Board, according to national account manager Lisa Kane.

The fluid that goes into that canister comes out tasting exactly the same, whether it be award-winning wine, brew or pure water via Mount Rainier. 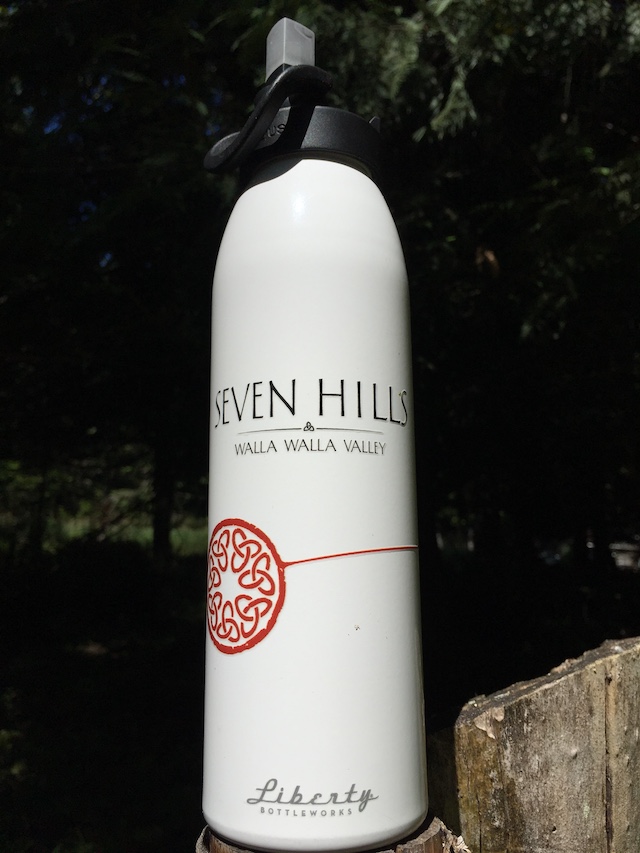 Liberty Bottleworks in Union Gap, Wash., designs bottles for the craft beverage industry in the Pacific Northwest. Its sportscap limits a spill to just a few drops. (Photo by Eric Degerman/Great Northwest Wine)

Liberty Bottleworks also has a following within the computer industry. Alpha Computer Center at the Uptown Shopping Center in the Columbia Valley city of Richland has stocked the bottles – and Liberty’s sportscap – because the combination has earned a reputation for spilling just a few drops if the bottle gets tipped over. Backer No. 1221 learned about this feature too late, a repair visit prompted after knocking a glass of Riesling across the keyboard of a MacBook Air.

Its branding of “Made in the USA” led to Liberty Bottleworks being selected to represent the state of Washington on July 17 during the “Made in America” showcase at the White House. The Kickstarter statement reads, “Your pledge helps increase manufacturing jobs in the USA.”

The company was established in 2011, and in addition to its website, a colorful assortment of artfully designed Liberty Bottleworks containers are available on Amazon.com. Liberty profiles six artists on its site, including Dustin Berg from Moxee and Yakima native Megan Newell. The company allows customers to design bottles, too.

Analytics on the Kickstarter site show that while many of the backers are from Yakima, a number of supporters live in Seattle, Spokane, Houston, Portland, San Francisco and Canada.

According to the Liberty Bottleworks page on Kickstarter, Backer No. 1221 can expect to continue batting 1.000 by the time Christmas arrives, maybe as soon as November. Perhaps I can arrange to pick up mine at Liberty’s retail boutique on Sutherland Drive, about a mile west from the Yakima River.