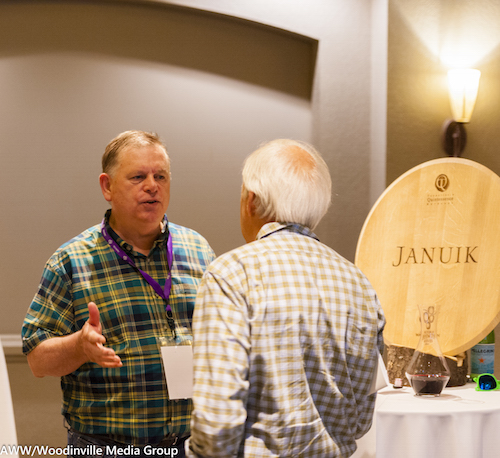 WOODINVILLE, Wash. – On Friday, the Auction of Washington Wines will play host to its annual Private Barrel Auction, in which members of the wine trade get a chance to taste barrel samples of wines exclusive to this auction.

In other words, patrons have a chance to try and purchase wines found nowhere else.

The auction will be staged at Chateau Ste. Michelle, home of the 2017 Auction of Washington Wines. This marks the third year of the barrel auction. It takes place from 10 a.m. to 4 p.m. and will include presentations from Bob Betz of Betz Family Winery; Ted Baseler, CEO of Ste. Michelle Wine Estates; Rick Small of Woodward Canyon Winery; and David O’Reilly of Owen Roe Winery.

“This is about building trade relationships for the wineries over long term, promoting Washington state wine in the right places and reaching the discerning customer who is sure to be and/or become a Washington wine fan,” said publicist Jamie Peha, who is orchestrating the Private Barrel Auction on behalf of the Auction of Washington Wines.

Members of the wine trade from more than a dozen states have registered to attend the Private Barrel Auction, including representatives of Sherry-Lehmann Wine & Spirits in Manhattan and Wally’s Wine and Spirits in Los Angeles as well as buyers for cruise lines, hotels, casinos and high-end restaurants.

This wishing to register for the auction can do so online at:

A barrel holds roughly 25 cases of wine, so retailers or restaurants would have the opportunity to corner the market on a particular wine. The auction wines are sold in five-case increments, primarily because most prospective bidders aren’t in a position to buy an entire barrel of wine.

As an example, Schwartz Brothers, which owns five restaurants in the Seattle area, recently released two wines from the 2015 Private Barrel Auction including the 2014 Leonetti Bordeaux Blend – the oldest blocks, Walla Walla Valley and the 2014 Long Shadows Vintners Exclusive Release Bordeaux Blend, Horse Heaven Hills/Red Mountain. With these wines, exclusivity is key. These wineries typically allocate their wines and can be hard to get. For restaurant owners, purchasing these allows them to provide one-of-a-kind wines to their guests.

Proceeds from the auction benefit Washington State University’s viticulture and enology program. This portion of the auction is limited to members of the trade and media. 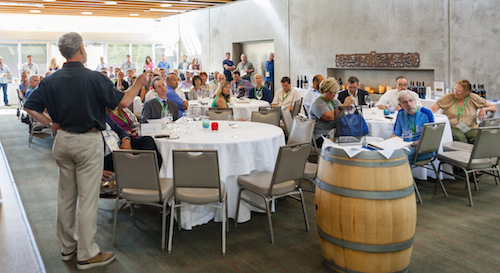 Among this year’s exclusive lots include: