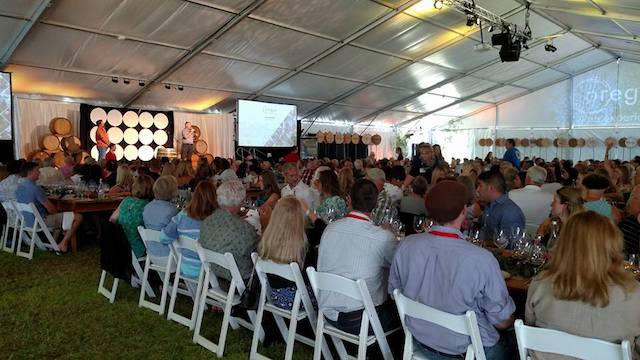 MEDFORD, Ore. — Wine lovers, the Oregon wine industry and volunteer efforts by the Asante Foundation combined to raise a record $1,024,525 for children’s health care in Southern Oregon via the 2017 Oregon Wine Experience.

The centerpiece of the month-long celebration is the Oregon Wine Competition in historic Jacksonville, where second-generation winemaker Eric Weisinger made headlines with his 2014 Estate Tempranillo. This marked the fourth year of Asante Foundation’s role in the event on behalf of the Children’s Miracle Network Hospitals.

“They are some of our most vulnerable patients we serve at Asante,” Floyd Harmon, executive director of the Asante Foundation said in a news release.

Four Masters of Wine anchored the judging panel for the Oregon Wine Competition, and a record 103 wineries entered a record 351 wines representing 15 of the state’s 17 American Viticultural Areas.

Since taking over the event in 2014, Asante and its sponsors have combined to raised more than $2.5 million. The Oregon Wine Experience includes a barrel auction, seminars, winemaker dinners with many of the region’s top chefs and other consumer-minded events. Attendance for those events reached 3,670, an increase of 53 percent from 2016, making the Rogue Valley celebration one of the fastest growing wine and culinary festivals in the country.

Organizers recently announced that its Oregon Wine University classes — a series of consumer education seminars in Southern Oregon – will be offered year-round.

Harmon said 100 percent the proceeds from the Oregon Wine Experience are given to the Children’s Miracle Network and other health care programs to help care for premature babies to teens battling cancer and rare conditions.

The 2018 Oregon Wine Experience is scheduled for Aug. 20-26 at Bigham Knoll in Jacksonville. 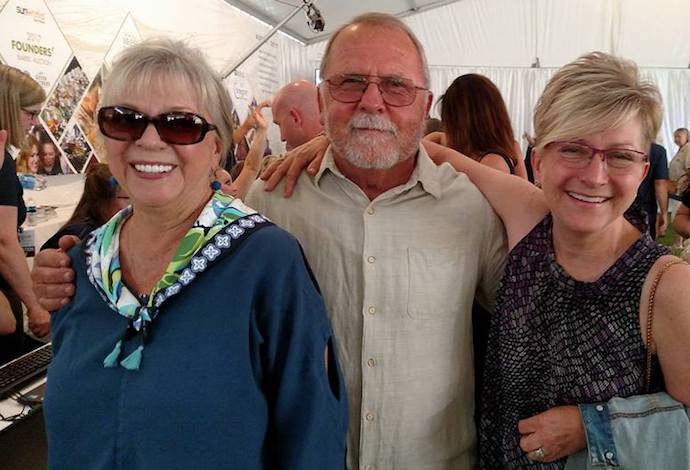 Joe Ginet of Plaisance Ranch in Jacksonville, Lee Mankin of Carpenter Hill Vineyard in Medford and Cal Schmidt of Schmidt Family Vineyards are credited with creating in 2003 what now is known as the Oregon Wine Experience.

“We took out our credit cards and funded the event that first year,” Ginet told Great Northwest Wine in a 2016 interview. “We were on the board of directors for the Southern Oregon Winegrowers Association, and we couldn’t get any money for our grapes.

“None of us had a winery then, and we wondered how we were going to increase the value for our grapes,” he added. “We had to show the value to the outside world because there were only a handful of wineries back then, and they were beating us up pretty good on grape prices.”

So they launched the World of Wine festival, and Del Rio Vineyard owners Lee Traynham and Rob Wallace donated the use of their gazebo near the Rogue River.

“We cooked all the food, and I think we had 400 people attend the first year,” Ginet said. “It went along well for a lot of years, and it got bigger than us.”

In 2015, just the second year of the Oregon Wine Experience, Asante raised more than $500,000. That allowed it to hire a child life specialist for Rogue Regional Medical Center in Medford.

“When Asante stepped up and offered to take it over, it was the perfect match,” Ginet said.