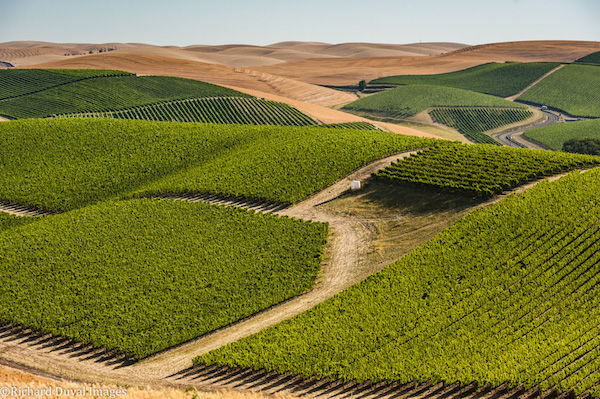 Spring Valley Vineyard, in the northeastern corner of the Walla Walla Valley American Viticultural Area, is one of the region’s most photogenic plantings. It also produced Wine Spectator’s No. 39 Wine of 2017 – the 2014 Frederick Red Wine. (Photo by Richard Duval Images)

WALLA WALLA, Wash. – It’s been seven years since the group first descended upon the Walla Walla Valley, but the Wine Bloggers Conference will be back at the historic Marcus Whitman Hotel in October 2018.

“Walla Walla is looking forward to sharing its historic town and premium, world-class wines with the greater wine community,” Muriel Kenyon, who serves as board president of the Walla Walla Valley Wine Alliance, stated in a news release.

Next year marks the fourth time that the Wine Bloggers Conference will be held in the Pacific Northwest. Ron Williams, executive director of Visit Walla Walla, attended this year’s conference in Sonoma, Calif., where the 2018 destination was made official earlier this month.

“It was very gratifying when the announcement was made, and the room erupted in cheers,” Williams said. “It will be a unique opportunity for us to showcase Walla Walla to such a prestigious group of media members and marketers.” 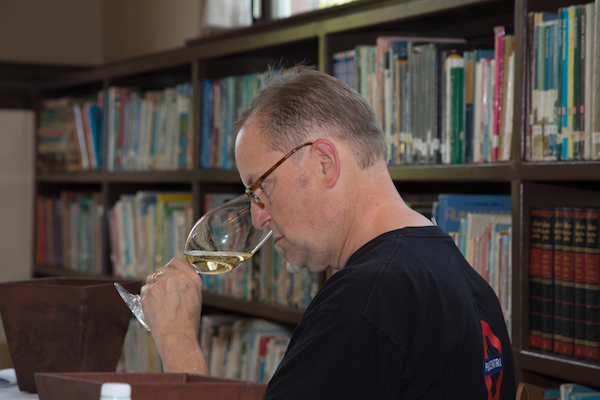 Doug Frost, a Master of Wine and a Master Sommelier based in Kansas City, Mo., served as the keynote speaker for the 2017 Wine Bloggers Conference. (Photo by Colony One Studio/Courtesy of Oregon Wine Experience)

More than a dozen wineries, a list that includes some of the country’s strongest brands such as Fetzer, Gloria Ferrer, Jordan and Rodney Strong, stepped up to serve as sponsors for the 2017 conference staged in Sonoma County’s Alexander Valley.

Acclaimed author Doug Frost, just the second person in the world to earn the degrees of both Master of Wine and Master Sommelier degrees, served as the keynote speaker for this year’s conference. Canadian marketing consultant Leeann Clemens Froese, owner/director of Town Hall Brands in Vancouver, moderated the panel on blogger/PR relationships. Austin Beeman, former director of marketing at iconic Bonny Doon Vineyard, spearheaded a session on blogger/winery collaboration.

Zephyr Adventures, with its headquarters in Red Lodge, Mont., produces the conference. Founder/president Allan Wright stated, “Our plan is not to simply repeat our prior locations. However, we know many – perhaps a majority – of our current attendees have been blogging for less than five years. Walla Walla is so special we thought it was important to return, since we we will not have been there for eight years.”

There were an estimated 300 attendees for the Walla Walla conference in 2010, which organized visits to wine regions in both Washington and Oregon.