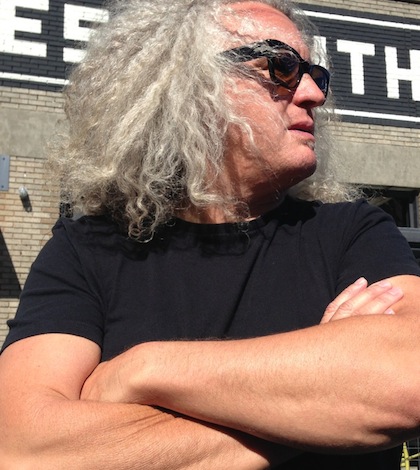 Charles Smith of K Vintners in Walla Walla made the No. 2 wine in the world, according to Wine Spectator magazine. (Photo by Andy Perdue/Great Northwest Wine)

Eight percent of the best wines in the world – according to Wine Spectator magazine – came from the Pacific Northwest in 2017.

For the fourth time since the annual list began in 1988, a Northwest wine came in at No. 2, this time a Syrah from K Vintners in the Walla Walla Valley. Once, in 2009, a Washington wine – the Columbia Crest 2005 Reserve Cabernet Sauvignon – ranked No. 1 in the world.

This was one of two wines on the list from Seattle vintner Charles Smith. His Sixto 2014 Uncovered Chardonnay ranked No. 13.

In the three decades of the top 100 list, Northwest wines have been listed 218 times, with 133 coming from Washington. Columbia Crest in Paterson has made the list 16 times, the most from the Northwest. No wine from British Columbia or Idaho ever has appeared on the list.

The No. 1 wine this year also has a Northwest connection. The Duckhorn 2014 Three Palms Vineyard Merlot from Napa Valley finished atop the list. Duckhorn owns a vineyard on Red Mountain and launched its Canvasback label – a Cab-based brand using Red Mountain grapes – in 2013. Today, it has grown production beyond 15,000 cases with nationwide distribution. The Canvasback wines are made in Walla Walla by Brian Rudin.

Here are the Pacific Northwest wines that made this year’s Wine Spectator Top 100 list: