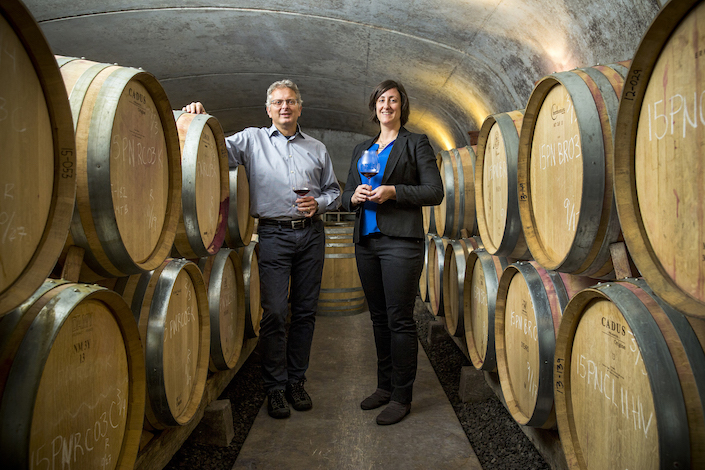 Paige, 55, steps aside at the end of the year in order to focus on his new vineyard-based brand in the North Willamette Valley.

Adelsheim CEO Joth Ricci stated, “We are very thankful for Dave’s many important contributions to Adelsheim and the Oregon industry. Through his results-based approach blending courage and flexibility with stability, he developed our winemaking program and team into one of Oregon’s finest. Dave also established Adelsheim as a thought leader — one of the key places to go to learn new techniques through experimentation.”

When Paige took over the day-to-day winemaking from founder David Adelsheim in 2001, production stood at 25,000 cases. Paige and Hennen, his assistant winemaker since 2011, have grown it to 50,000 cases to seed the distribution to more than 20 countries.

“Oh, I’ll miss so many things about Dave,” Hennen said via email. “I usually make the first pot of tea in the morning for us to share, but now I’ll be surrounded by coffee purists and I’m sure I’ll end up drinking the whole dang pot myself. I foresee lots of shaky mornings.

“But in all seriousness, 10 years is a long time to work with anyone, and I can say with total certainty that Dave will be missed in more ways than I can list here,” she continued. “He’s been a great mentor, colleague and friend, and I can’t wait to see his new chapter unfold.” 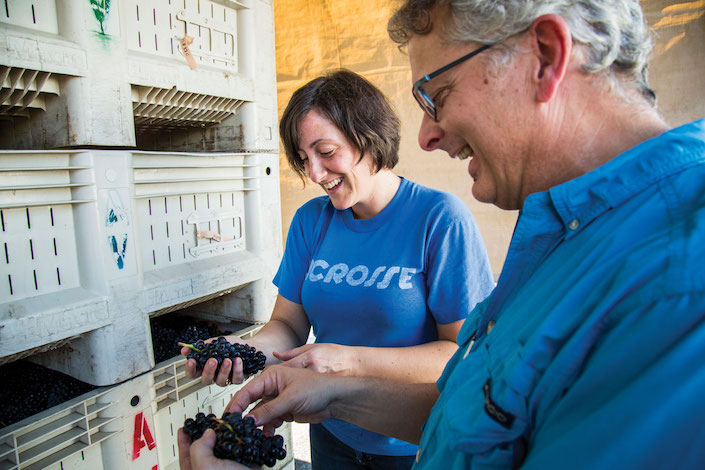 A product of Minnesota, Hennen began in 1995 to sink roots in the Willamette Valley when she enrolled at Reed College in Portland. She graduated in 2000 with a degree in chemistry and worked in the semiconductor world for several years. That chapter of her career led her to Ireland and back to Oregon.

Inspired to join the world of wine, she graduated from Chemeketa Community College’s wine studies program in 2006. By spring 2007, she’d landed in the cellar at Adelsheim Vineyard and worked her way up the ladder to become Paige’s associate winemaker in 2015.

“I’ve known for quite a while that Gina’s had that potential, and it’s been rewarding to watch her grow into that potential,” Paige said. “This clearly is going to be OK here at Adelsheim because of who she is and her talent.

“I’m so completely convinced that I’m not needed here anymore, and I’m not the kind of person who would say that easily,” Paige added. “It’s a great team here, and she has a lot of tools.”

Hennen, 41, has served on the Oregon Wine Board research committee, the Low-Impact Viticulture and Enology winery committee and the International Pinot Noir Conference program committee. It’s not common to see a head winemaker publicly share credit for their wines, but Paige seems to have made a point of listing Hennen’s name in recent years. There’s been some freedom to explore at Adelsheim, and Hennen doesn’t envision that changing with her at the helm.

“Ha! Yeah, we’re all-in on orange wine amphorae!” Hennen joked. “I’m kidding, obviously. But I’m sure there will be a few fun projects in the works in the next couple of years.” 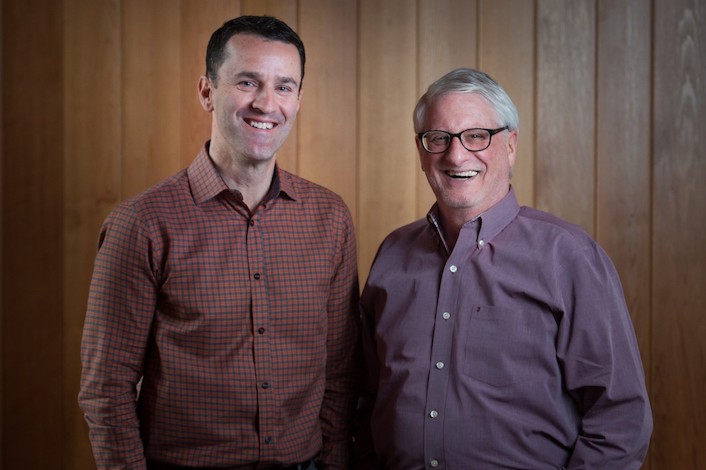 Ricci, who was president of Stumptown Coffee Roasters as recently as April, promoted Matt Perry to assistant winemaker and Noah Roberts into the cellarmaster positions. It’s ironic that the top four members of Adelsheim’s winemaking team came out of the Midwest, with Hennen and Perry from Minnesota and Roberts via Illinois.

“It’s become a Great Lakes refuge,” Paige quipped. “I grew up in Ohio and stumbled into a job at a wine shop there and moved out to UC-Davis in the ’80s.”

And while he doesn’t try to hide his excitement about the next stage of his career, Paige said he’s not quite ready to name the vineyard he’s acquiring or what the brand will be called. It’s not a move he’s making easily, though. There’s excitement surrounding Ricci, a former CEO of Jones Soda, and Paige leaves behind working with the eight estate vineyards and an array of other sites that include Le Cadeau, Nicholas and Winderlea.

“I will miss almost everything about Adelsheim,” Paige said. “This has been the single-biggest chunk of my working adult life. I know it’s a horrible cliché, but I feel like I’m leaving behind a family. I have a lot of weird mixed feelings about this, and I would never have left Adelsheim had not been for a really unique opportunity.”