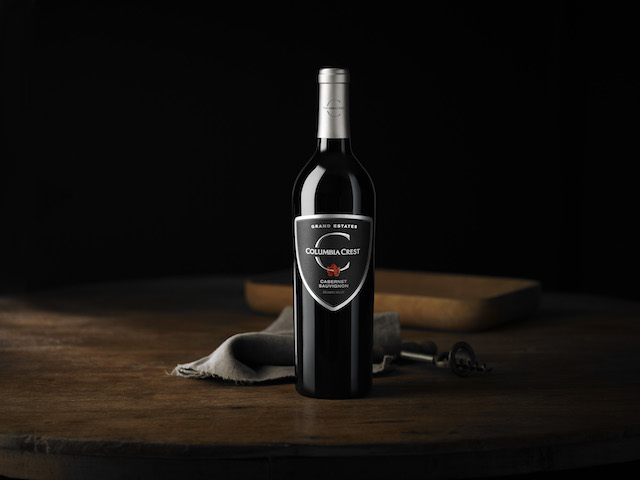 The Columbia Crest 2014 Grand Estates Cabernet Sauvignon has been the second-most popular wine with customers in 2017 on Wine.com. (Photo courtesy of Ste. Michelle Wine Estates)

It’s no surprise to see a Kendall-Jackson Chardonnay leading Wine.com’s top 100 list of wines purchased in 2017, but at No. 2 stands the Columbia Crest 2014 Grand Estates Cabernet Sauvignon from Washington state.

Five years earlier, Columbia Crest’s Two Vines Cab ranked No. 1 on the list that the nation’s leading online wine retailer claims as the industry’s only ranking based entirely on consumer purchases.

“This list has special meaning to us in that this is the consumer voting with their wallet,” Kirsten Elliott, senior marketing manager for Columbia Crest, told Great Northwest Wine via email.

Retail price for the Grand Estates Cab is $12, and these releases shine in international wine competitions. This fall, the recently released 2015 vintage earned a gold medal at the Great Northwest Invitational Wine Competition, which features a judging panel dominated by West Coast wine buyers, merchants and sommeliers.

The Grand Estates program represents the third tier of Columbia Crest’s general portfolio, and while the label lists Columbia Valley as the American Viticultural Area, the final blend of 2014 Cabernet Sauvignon (80%), Merlot (18%) and Cabernet Franc (2%) is pulled from the Horse Heaven Hills and the Wahluke Slope.

“It’s no secret that beautifully balanced Cabernets with exceptional body come from the Horse Heaven Hills, and the Slope, with the warm temperatures, contributes distinct aromatics and complexity,” said Laura Sorge, who leads Columbia Crest’s red winemaking team for head winemaker Juan Muñoz Oca. “This just gives the winemaker an abundance of opportunity to make the best choices when blending.”

The string of historically hot vintages, the increased plantings of Cab in Washington state and the following for the Grand Estates program has fed the production of this wine by Sorge and her teammates, now ranging from 300,000 to 370,000 cases each year. And the success of the 2014 Cab on Wine.com is helping wine lovers learn that wines from the Columbia Valley are grown well west of District of Columbia.

“With the diversity of regional wines available from all over, consumers are exploring more than ever,” Elliott said. “Couple that with Wine.com’s vast selection and easy navigation, consumers can easily get to the best of everything – great wines at a great price.”

Elliott pointed out Grand Estates wines are distributed nationally and are available in more than 60 countries.

“I would love to say this is all excellent marketing!” Elliott joked. “But, all kidding aside, this is a long-term commitment to the quality of wine in the bottle as illustrated by some recent acclaim (the 2014 vintage got 91 points from Wine Spectator). We’ve also been focusing more on lifting the veil on the winemaking process on social media through the Juan and Juan on Wine content series and topical and timely Facebook Lives.”

However, she noted that the successful rebound of the economy since the Great Recession has affected valued-priced wines.

“The biggest headwind domestically is the decline of the $7-$10 segment as consumers trade up,” she said.

That adds up to an extremely competitive marketplace for wines, whether it be domestic or imported.

“It’s just confirmation of the intelligence of the consumer,” Elliott said. “They are focused on quality wine, and they know a good value. Through their filtered navigation, Wine.com makes it very easy for consumers to find wine with a fantastic quality-to-price ratio like Grand Estates. At a traditional retailer, it isn’t that simple.” 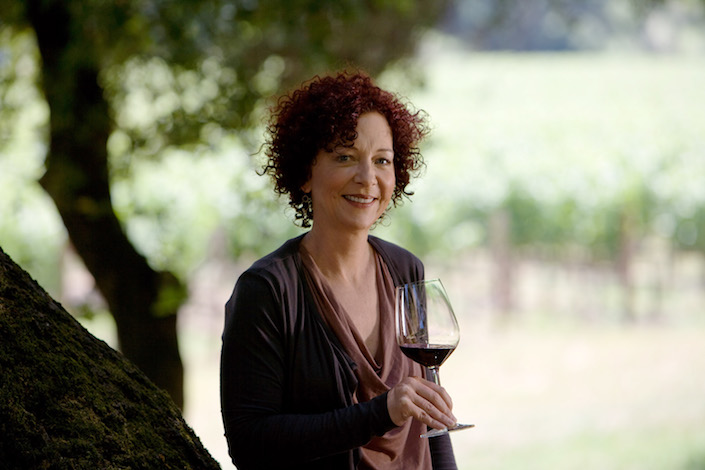 The cellar at Columbia Crest and the Grand Estates program remains a fertile ground for Ste. Michelle Wine Estates, the giant with headquarters in Woodinville but with its heartbeat east of the Cascades.

“The work on the Grand Estates wines has definitely been a defining place for several winemakers,” Sorge said. “Marcus Notaro, now winemaker at Stag’s Leap Wine Cellars by way of Col Solare, learned winemaking in the Crest cellar, as did Darel Allwine, the winemaker at Col Solare. Keith Kenison, joined the Crest winemaking team in 2002 after working at SMWE for five years, and is now leading 14 Hands.

“We fondly refer to these winemakers as ‘rooted in Paterson,’ ” she added.

Notaro made the Wine.com top 100 list at No. 11 with his 2014 Artemis Cab, a product of just his second vintage at the acclaimed Silverado Trail property. 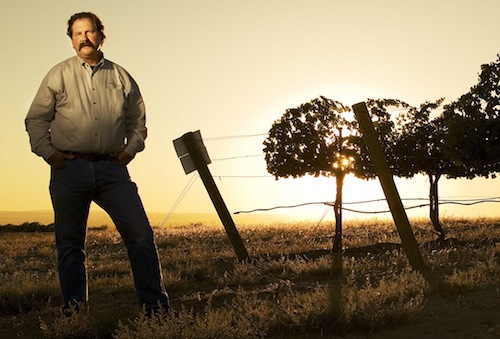 Ray Einberger left an indelible mark on the Washington wine industry when his Columbia Crest 2005 Reserve Cabernet Sauvignon was named the best wine in the world by Wine Spectator in 2009. (Photo courtesy of Columbia Crest)

Cab has been king of the Wine.com list five times in its 11-year history. Hogue Cellars in Prosser, just across Interstate 82 from 14 Hands, won the inaugural honor in 2007 as Wine.com’s best seller with its 2003 Genesis Cabernet Sauvignon. Only in 2014 has a Cab from California’s Napa Valley — the Caymus 2012 — topped Wine.com’s list of offerings. In 2011, an Argentine bottling led the way. In 2008, that No. 1 spot went to a reserve Cab from Chile.

Beating out wines from all corners of the world is no anomaly at Columbia Crest, though.

“Acclaim is shared throughout the winery via celebratory banners and group discussions with the philosophy being that acclaim should reach everyone who contributed to it,” Elliott said.

The Wine.com recognition doesn’t move the needle in the same way as Wine Spectator’s award for the Columbia Crest 2005 Reserve Cab — naming it the world’s No. 1 for 2009 — but it’s another source of pride for the winemaking team in Paterson. In 2002, Wine Press Northwest, a regional publication based in Kennewick, Wash., selected Columbia Crest as its inaugural Pacific Northwest Winery of the Year. On the cover was its winemaker, Doug Gore, now vice president of winemaking for Ste. Michelle Wine Estates and a recent inductee into the Washington Wine Hall of Fame.

News of the Wine.com ranking merely rekindles the slogan “Crest is Best,” coined by Ray Einberger, who retired as head winemaker in 2014.

“I would always dare to quote the great ‘Sugar Ray,’ ” said Sorge, a Seattle native whose career at Crest began during the Einberger era. “We do the same winemaking now that we did 35 years ago when Doug Gore was the winemaker – just on a larger scale. It’s that commitment to acting small while thinking big that is a winning combination.”