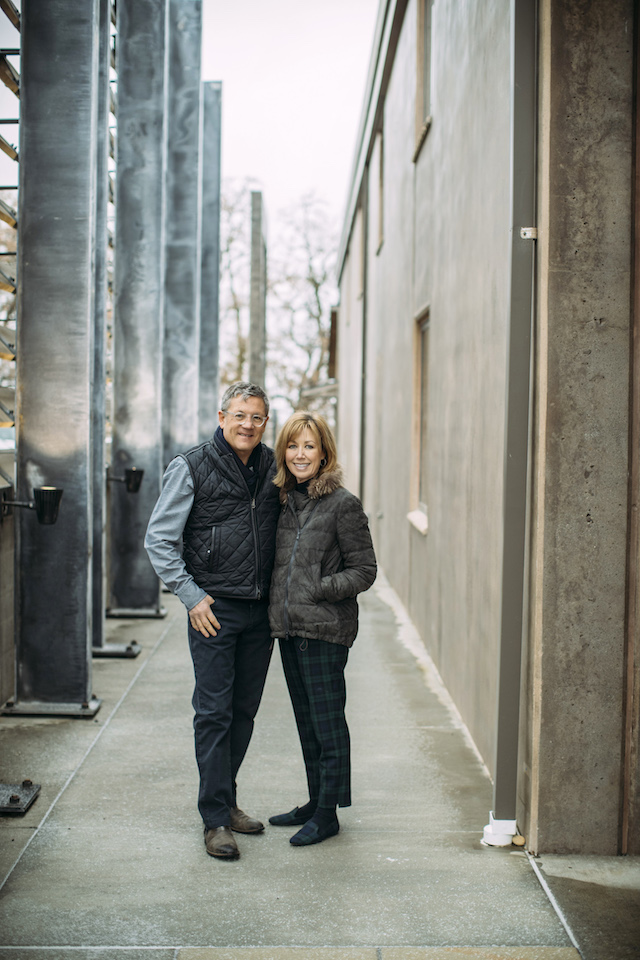 FRIDAY HARBOR, Wash. — Yvonne Swanberg was thrilled to have Michael and Lauri Corliss as her wine club members at San Juan Vineyards.

On Thursday, the tables officially will be turned. Great Northwest Wine has learned that the owners of Corliss Estate, Tranche Cellars and the Secret Squirrel brand have purchased San Juan Vineyards from Swanberg. News of the sale is expected to be announced later today and become effective Feb. 1.

“Mike and Lauri actually belong to the wine club and have been members for four or five years,” Swanberg told Great Northwest Wine last week. “It was around Labor Day that I got the offer and a personal letter from Mike Corliss. It was pretty amazing when I saw ‘Corliss’ on the letterhead. I thought, ‘OH MY GOD!’ ”

Swanberg, 72, co-founded San Juan Vineyards in 1996 with her husband, Steve, who died in 2006 after a two-year battle with cancer. Operating the 5-acre vineyard and 4,000-case winery on San Juan Island were labors of love for Yvonne, who has been looking to sell to someone with the talent, wherewithal and vision to take her vineyard and her brand to the next level.

“This is a good deal, and I’m happy with it,” Swanberg said.

Terms of the sale were not available, but both Swanberg and Washington Vintners in Walla Walla, the parent company of the three Corliss-owned brands and vineyards, said the SJV team will remain in place and sale of the wines will continue to be focused on the tasting room. It will be fascinating for fans of Swanberg’s estate white wines to see how Washington Vintners’ experience of farming cool-climate Celilo Vineyard, a site with varieties such as Gewürztraminer, Grüner Veltliner and Müller-Thurgau, translates to Puget Sound viticulture.

“The winery is an integral part of the community on the island,” Lauri Corliss said in a news release. “When Yvonne decided to retire and sell the property, we became excited about the prospect of working with Siegerrebe and Madeleine Angevine. We admire the pioneering vision of the Swanbergs and look forward to contributing to the success of their wine business.” 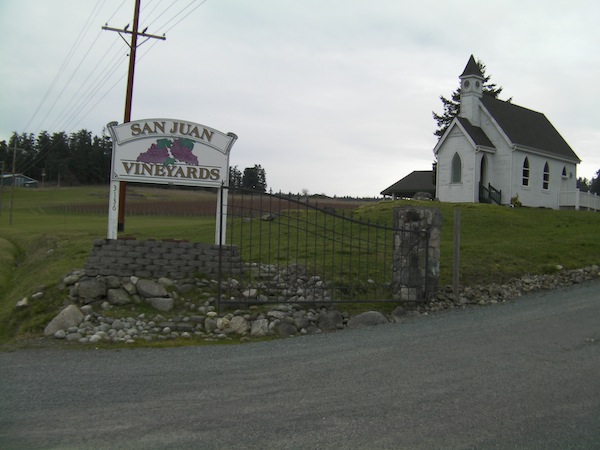 The chapel at San Juan Vineyards is near the entrance to the winery, the historic tasting room and the vineyards. (Photo by Eric Degerman/Great Northwest Wine)

The Swanbergs moved to San Juan Island in 1979 and quickly established one of the region’s most successful insurance companies. Along the way, they purchased a parcel of land along Roche Harbor Road that included a one-room schoolhouse built in 1896. They turned Sportsman Lake Schoolhouse No. 22 into a quaint tasting room and devoted 5 acres of the gentle-sloping hillside to vines.

A year prior, in 1995, the federal government established the Puget Sound American Viticultural Area, and the Swanbergs’ research led them to plant 2.9 acres of Madeleine Angevine — a Loire Valley cross of Madeleine Royale with Précoce de Malingre — and 2.2 acres of Siegerrebe, which is a cross of Madeleine Angevine and Gewürztraminer. Both varieties often thrive in the maritime climate, and those estate wines garnered a series of gold medals at West Coast competitions for a decade under the winemaking of Chris Primus and most recently by Chris Lawler.

“My largest vintage was 2008 at about 4,100 cases,” Swanberg said. “We’ve tapered down since then, but things will be changing here and ramping up. One of the big concentrations is going to be on the estate wines.”

Grape growing in the San Juans is far from bullet proof, as the 2017 vintage proved.

The Corlisses have a devotion to the area, both by land and by sea as property owners who spend their summer months on the island when they are not sailing the San Juans.

“They do come to the island a lot,” Swanberg said.

Swanberg to retire on island after sale to Corliss 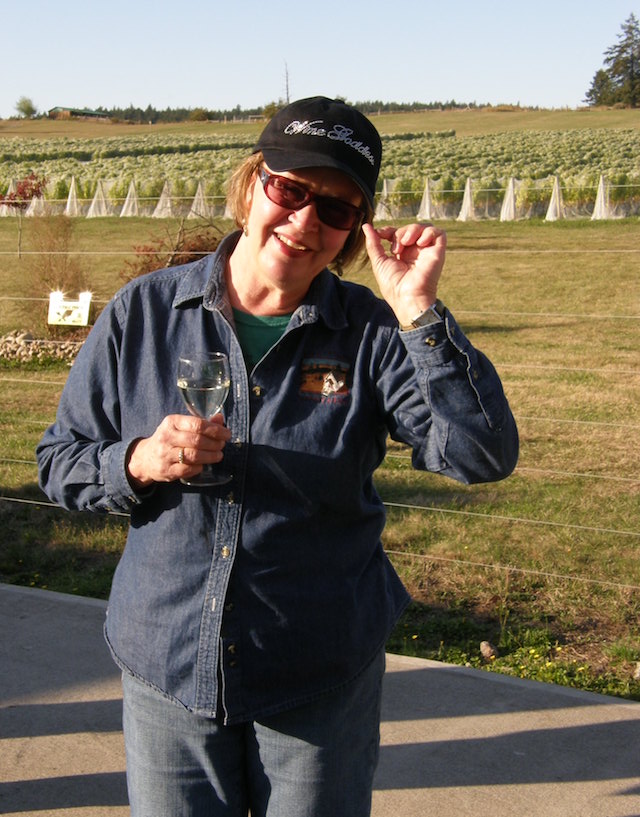 Yvonne Swanberg, who co-founded San Juan Vineyards in 1996 with her late husband, has sold the picturesque vineyard and award-winning winery to Mike and Lauri Corliss of Corliss Estate in Walla Walla, Wash. (Photo courtesy of San Juan Vineyards)

There were other suitors for San Juan Vineyards this summer, but Swanberg said Mike and Lauri Corliss were the ideal fit.

“It’s a very attractive property and a beautiful vineyard,” Swanberg said. “I have my feet on this dirt every day. Everybody knew that this was going to come sooner than later.”

For a time after Steve’s passing, Yvonne tried living in Spokane to be closer to family. She grew up in the Columbia River town of Northport, 10 miles down stream from British Columbia, but the call of Friday Harbor and the San Juans won out.

“I bought a home and I’m going to be on the island the rest of my life,” she said. “I’ll be doing some traveling, and I look forward to figuring out what I’m going to do, but I’m sure boredom will set in. I’ll be here at some of the events, and I will be readily available for whatever they need. I am retiring, but I’ll be just a phone call away.”

On Saturday, Swanberg toasted the sale at her vineyard near Roche Harbor with longtime friends, some of them traveling from as far away as Ohio and Texas.

“I’m just going to miss being here at the vineyard, and I’ll miss the customer base,” she said. “So many of my customers have become good friends.”

And owners, in this case. Swanberg said she and the Corlisses recently shared a lighthearted moment during the final phases of a transaction that took five months to complete.

“I had Mike’s wine club card in my desk folder, and I told him, ‘Here, you can have this,’ ” Swanberg said with a chuckle.