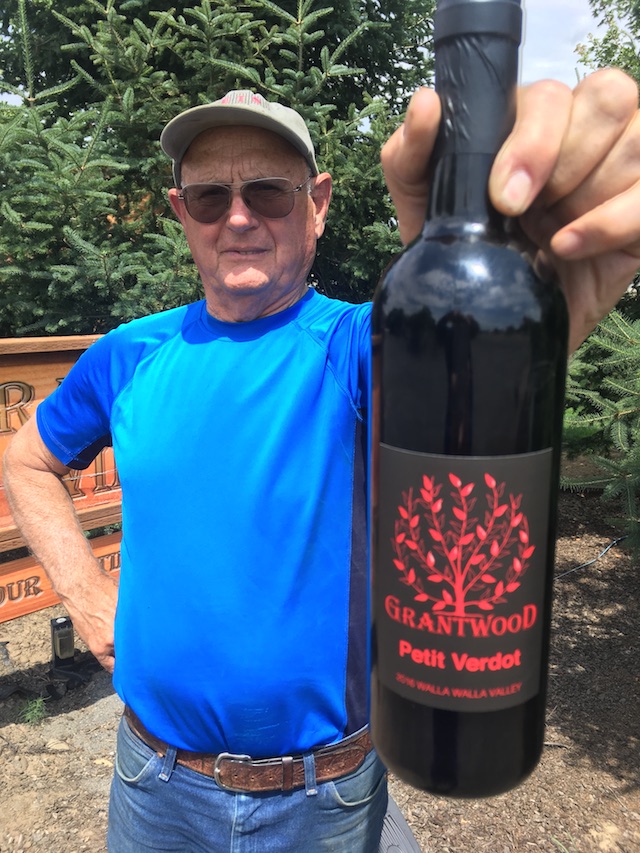 WALLA WALLA, Wash. – Joe Grant used the sixth annual Walla Walla Valley Wine Competition to again prove that he’s one of Washington state’s most overlooked winemakers, crafting the Grantwood Winery 2016 Petit Verdot that ran a gauntlet of some of the Northwest’s most famous wines to win best of show.

The bold yet suave red by Grantwood Winery was made with grapes from Les Collines Vineyard in the foothills of the nearby Blue Mountains.

A total of 26 wineries combined to enter 102 wines in the competition that doubles as a fundraiser for the viticulture and enology program at Walla Walla Community College. The on-campus judging is a collaborative effort between Great Northwest Wine and the school, leading to an annual scholarship for a College Cellars student. The six-year total will reach nearly $10,000 after this month’s competition. 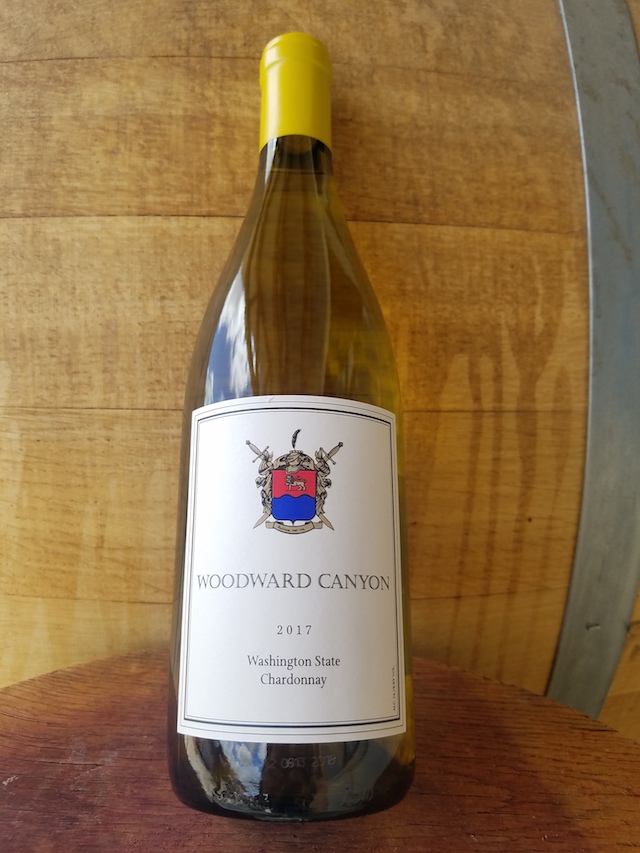 As is tradition, the quality of entries lived up to the reputation established by winemakers and winery owners who support this fundraiser for College Cellars.

Historic producer Woodward Canyon won a pair of superlatives at the 2018 Walla Walla Valley Wine Competition. Best white wine of the judging was the Woodward Canyon 2017 Washington State Chardonnay, while the iconic 2014 Old Vines Cabernet Sauvignon was voted as the best Cab. Sager Small, son of owners Rick Small and Darcey Fugman-Small, is a recent graduate of College Cellars and now works in the vineyards and cellar at Woodward Canyon. Their 2014 Artist Series #23 Cab also earned a gold medal.

Saviah Cellars and owner/winemaker Richard Funk won four gold medals for red wines, led by the 2015 Une Vallée as the best red blend of the judging.

The little schoolhouse in Lowden that’s home to L’Ecole No. 41 produced four gold medals, including best Syrah with its 2015 vintage from Seven Hills Vineyard. Marty Clubb, owner and managing winemaker at L’Ecole, helped establish the V&E program at Walla Walla Community College and serves on the advisory board.

Dazzle Cellars, a sister brand of famed Long Shadows Vintners, made it into the running for best-of-show with the 2017 Julia’s Dazzle, the Provence-inspired wine that’s sparked Northwest production of Pinot Gris rosé and won a gold medal at the WWCC tasting. It was joined in the superlative round by Foundry Vineyards’ exciting pét-nat, a natural sparkling wine made with Roussanne.

College Cellars alum Victor Palencia used a rosé from Pinot Noir to stand out at yet another Northwest competition as his Palencia Wine Co. 2017 Rosélia captured a gold medal. A year ago, he captured best-of-show honors with a Grenache.

As Grant put it, “That’s great company to be in, but just about anybody in Walla Walla is good company.” 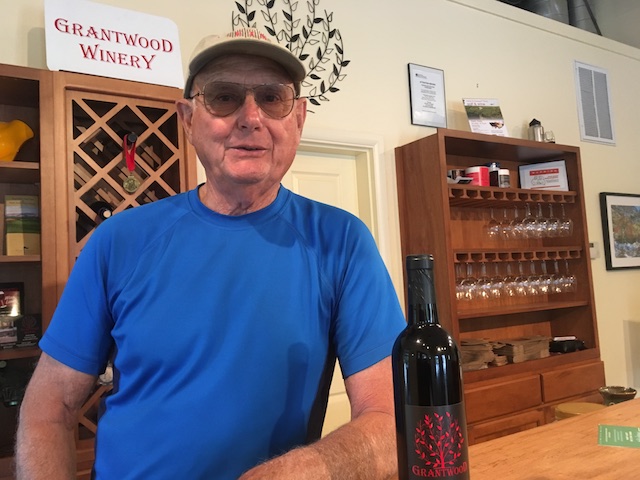 Virtually everyone who steps into the Grantwood Winery tasting room just west of downtown Walla Walla along old Highway 12 is shocked by the prices, and the popular Petit Verdot is no exception at $22. However, he produced a mere two barrels of it — 45 cases worth.

“I remember a while back reading that everybody mixed a little bit of Petit Verdot with their Bordeaux reds, so I bought a quarter-ton of it,” Grant said. “I was going to mix it in. In the barrel, it was my favorite wine. I said, ‘Forget that,’ so we started buying more Petit Verdot to bottle on its own.”

Most of the fruit for his 350-case brand hails from Les Collines, a breadbasket in the Walla Walla Valley for winemakers in both Washington and Oregon. Grant has been working with Shane McKibben and Les Collines since he got into the wine business in 2008. Grantwood started small and stayed that way, opening its tasting room just two days per week — noon to 4 p.m. on Friday and Saturday.

“It is a hobby, but we’re not losing money at it,” Grant said. “I’m out here working every day, and we don’t have a tasting charge. People can come out and buy if they want to buy.”

For those familiar with Grant’s ultra-boutique program, the showing during the WWCC competition comes as no surprise. He received four gold medals from a judging panel that featured two of the Pacific Northwest’s top winemakers — Kate Michaud of Double Canyon in Richland and Coco Umiker of Clearwater Canyon Cellars in Lewiston, Idaho.

“We’ve made a couple of them over the years — a combination of Viognier and Sèmillon,” Grant said. “I think it was OK, but I was never really fond of it.”

Most of Grantwood’s 10 releases from the 2016 vintage are priced at $20 or less. Only his Cabernet Sauvignon and reserve Cab are priced north of $22.

“We’ve kind of snuck up our prices a little bit — a couple of dollars here and there — over the years,” he said modestly.

2017 vintage looms as finale for Grantwood 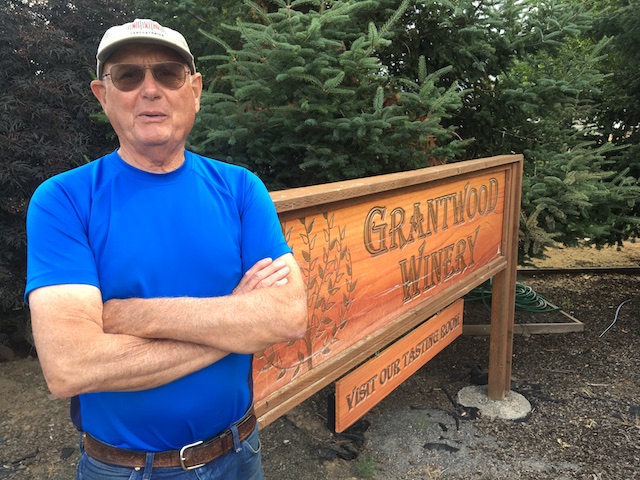 Joe Grant, class of ’57 from Prescott High School in the Walla Walla Valley, plans to close his winery at the end of 2019. (Photo courtesy of Grantwood Winery)

Even though he sells out each year, Grant, a Walla Walla Valley native and 1957 grad of Prescott High, said he’s probably crushed his last grape. The partner who contributed to the winery’s name, Doris Wood, is no longer involved.

“There are several things that I’m thinking about doing, but nothing’s concrete,” Grant continued. ”I still golf, although not as much or as well as I used to, and I’m involved in a lot of property development. I buy properties and work on them. I really enjoy that a lot, so I will stay busy.”

Ironically, a nascent brand owned by a recent College Cellars grad is poised to take over the site of Grantwood Winery. 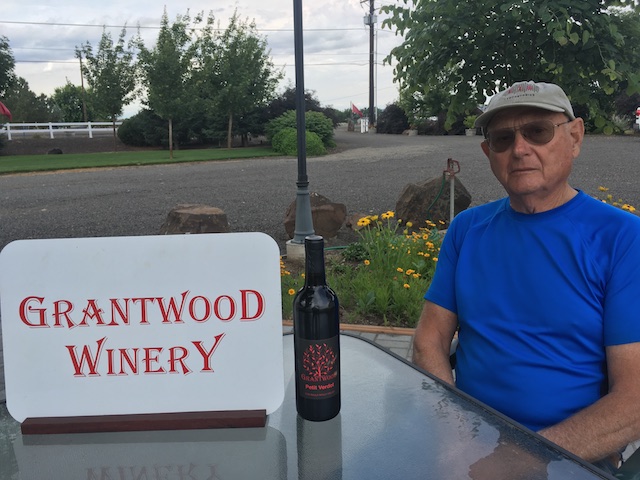 Joe Grant established his winery along an original portion of Highway 12. He reports some loss of tasting room traffic as a result of the new bypass, but that doesn’t prevent him from selling out of each vintage. (Photo courtesy of Grantwood Winery)

“It’s way too hot and way too dusty, and I’m not a desert person,” Grant said.

So he spent a decade teaching engineering-related classes at Walla Walla Community College. Along the way, Grant became acquainted with Norm McKibben, who also made his living as a civil engineer in the Bay Area prior to planting Les Collines, Seven Hills and several other important vineyards in the region.

As did many wineries, Grantwood got its spark in a garage. Grant didn’t receive a formal winemaking education, but he took one class at WWCC taught a decade ago by the program’s creator, Myles Anderson, co-founder of Walla Walla Vintners.

“I used to teach a GIS class — geographic information systems — at the college, so I got to know Myles Anderson pretty well,” Grant recalled. “I audited a winemaking class from him. He was tough! So I said, ‘To the heck with that!’ and I started making wine on my own.”

This spring, he moved to the head of the class at the Walla Walla Valley Wine Competition. 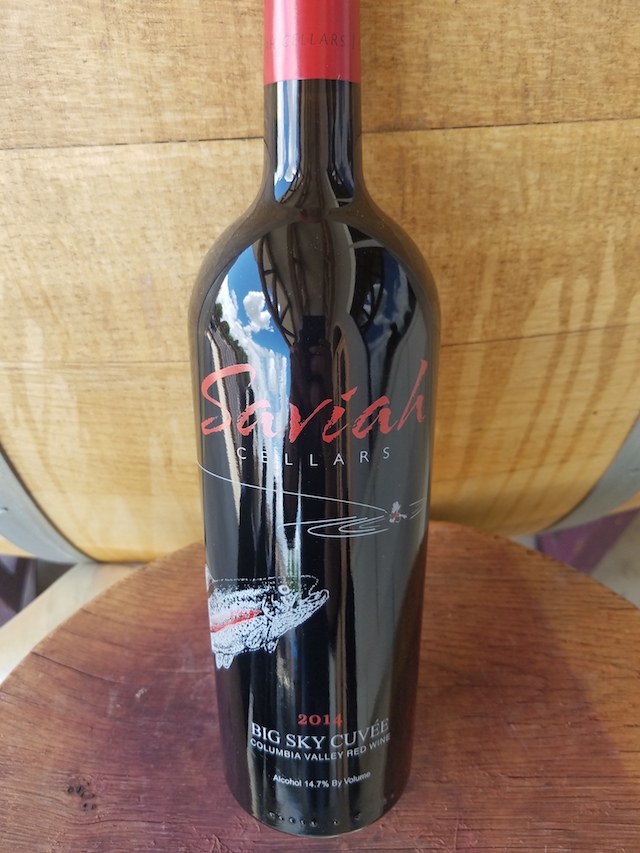