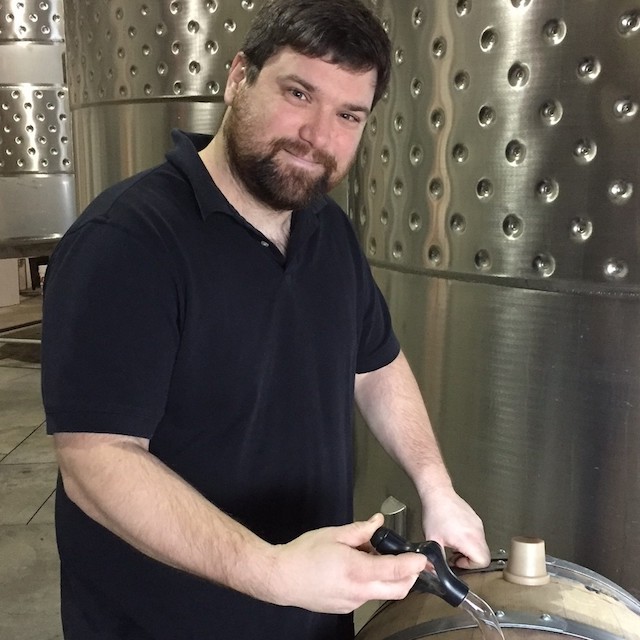 “Our decision to name Sean as our winemaker was simple,” Bergevin stated in a news release. “He has proven skills in the cellar and has managed all aspects of the winemaking process under our former winemaker, Dave Harvey – an exceptional mentor. Sean’s ready for the limelight.”

If history is an indication, Smith will be in his new position at the 10,000-case winery for several years. Harvey, who recently began making crowdfunded wines for California-based Naked Wines, replaced Steffan Jorgensen in 2012 and spent six vintages at Bergevin Lane.

Jorgensen, a winemaking talent from Denmark, left Bergevin Lane after six years for his family’s Elqui Wines project in Chile. He took over in 2006 for Rhône Valley native Virginie Bourgue, who helped launch the winery in 2003 for Bergevin, her father Gary Bergevin and Amber Lane.

Smith, class of ’98 at Walla Walla High School, studied at Northwood University in Midland, Mich., and received a degree in advertising and marketing. He returned home not long after Bergevin Lane was founded in 2002.

“When I came back, it was a totally different town,” Smith said. “In the early 2000s, things were just taking off with the wine scene.”

After spending a few years working in sales and marketing in Walla Walla, he began to seek jobs in his hometown wine industry, which led him to jobs in the tasting room and cellar at Basel Cellars and Forgeron Cellars.

“I was intrigued by wines that stood out and asked myself, ‘How did this happen? What did someone do to make this different or better than another?’ ” Smith said.

Now, he’ll also be able to more completely showcase the grape-to-glass education he got at Walla Walla CC as a head winemaker working with Bergevin Springs Vineyard, a 23-acre site established in 2011 and growing up across from Eritage. Half of the planting is dedicated to Cabernet Sauvignon.

“It’s still in its infancy,” Smith said. “I get to work with fruit that’s just going to get better and better every year.”