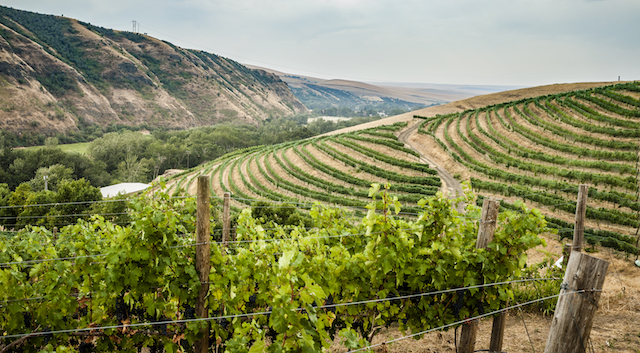 Elevation Vineyard, a source of estate fruit for Tertulia Cellars, is among the young plantings on the Oregon side of the Walla Walla Valley American Viticultural Area. (Richard Duval Images/Courtesy of Walla Walla Valley Wine Alliance)

WALLA WALLA, Wash. – There reportedly are more than 140 wineries in the Walla Walla Valley, and a fresh survey determined the region is closing in on 3,000 acres of vineyards.

“The continued growth of vineyards in the Walla Walla Valley is a testament to the unique and diversified soils and growing conditions present here,” Jason Magnaghi, viticulturist for Leonetti Cellar and Figgins Family Wine Estates, stated in a news release. “Growers and vintners work together to plant varieties where the wines will best express the qualities of the growing site; it’s an exciting time in our industry as we learn and grow together.”

However, the study showed that Syrah now stands at No. 2 in the valley at 18 percent, moving ahead of Merlot (16 percent), followed by Cabernet Franc (7 percent) and Malbec (4 percent). Grapes for the production of white wine amount to just five percent of the valley’s acreage.

In total, there were 120 acres of vines planting since the most recent census report was conducted in 2016. 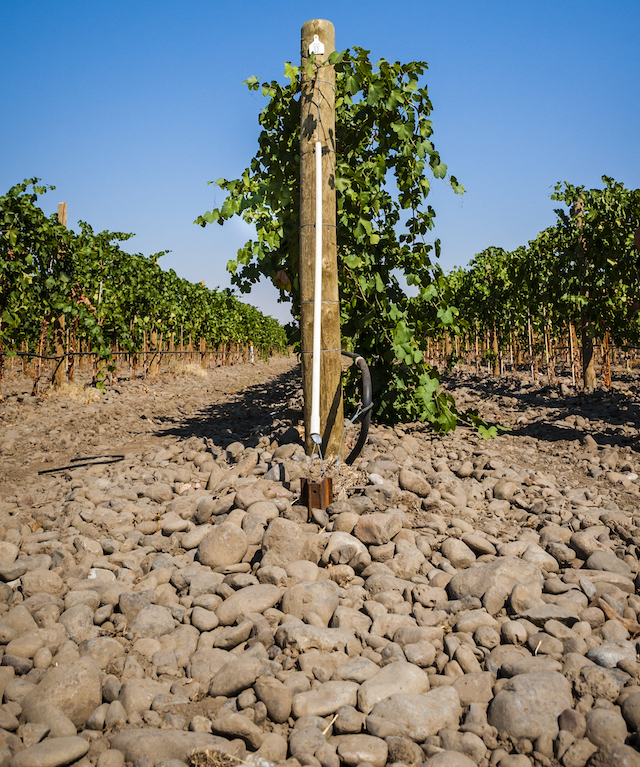 Ashley Riggs, chief operating officer of the Walla Walla Valley Wine Alliance, said, “The Walla Walla Valley is an epicenter of activity with a steady stream of investors purchasing and planting wine grapes as well as established wineries breaking ground on new projects throughout the Valley. We are poised to grow beyond 3,000 acres in the very near future.”

Syrah, thanks in large part to the cult-like following for grower/winemaker Christophe Baron of Cayuse Vineyards, holds a particular fascination in The Rocks of Milton-Freewater. There now are 329 acres of vines in that unique region covered by cobblestones and entirely within the state of Oregon. They account for nearly 11 percent of the plantings in the Walla Walla Valley AVA.

In terms of plantings in Washington, the Walla Walla Valley AVA ranks No. 5 in vineyard acreage.

Riggs and her office partnered with Yarden Blausaupp from Whitman College’s Community Fellow Program to gather varietal information, acreage data and sustainable practices from every operating vineyard in the Walla Walla Valley AVA.

Blausaupp, a Class of 2018 data and applications analyst, determined Low Input Viticulture and Enology (L.I.V.E.) and Salmon-Safe programs are the most common vineyard management practices. The study was completed in July 2018.