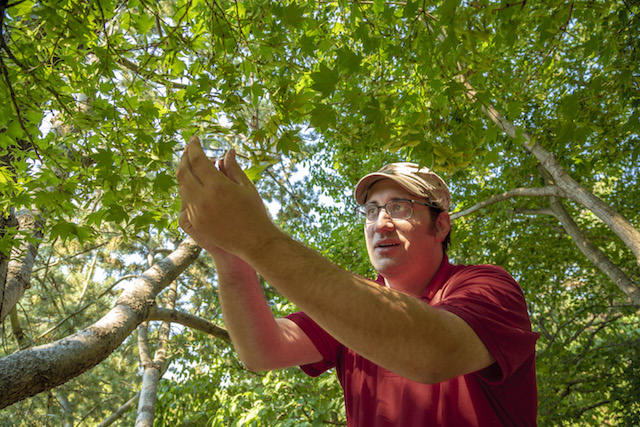 Editor’s note: The following is a news release from Washington State University on brown marmorated stink bug research. According to this 2017 report from WSU, the pest has been found in Walla Walla Valley vineyards, but no damage has been reported.

Native to eastern Asia, the brown marmorated stink bug (BMSB) arrived in the 1990s in the United States. In 2004, it was discovered in Portland, Ore., and quickly spread to nearby Clark County in Washington. Five years later, the bug was found in 21 Washington counties.

A prolific feeder, BMSB dines on more than 300 plants, including apples, peaches, cherries, berries, row crops and cereals. It’s an urban pest, too, overwintering in people’s houses — and sometimes coming inside by the tens of thousands.

“On the East Coast of the United States, some homeowners use snow shovels to get them out of their homes,” Milnes said. “That’s the reality we might face in Washington.” 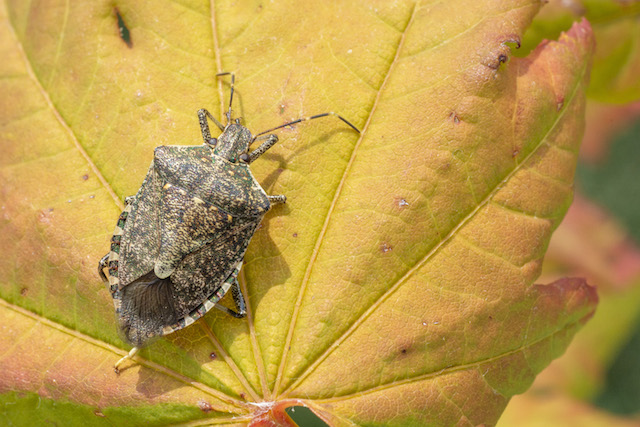 The brown marmorated stink bug, a native of Asia, has spread quickly through the Pacific Northwest. (Photo by Matt Ziegler/Courtesy of Washington State University)

Equipped with a sharp, straw-like snout called a proboscis, the stink bugs pierce the apple’s skin and spit digestive juices into the apple, leaving a small, brown, mushy wound. Most of the apple remains perfectly fine, but it’s damaged goods.

“Growers can’t sell their crops,” Milnes said. “Consumers want perfect apples. But one bite from a stink bug, and our premium eating varieties aren’t good for anything but juice.”

Thanks to its long proboscis, BMSB is safe from most targeted, sprayed pesticides.

“You have to use a broad-spectrum pesticide to deal with it,” Milnes said. “But that wreaks havoc with Washington’s long-established integrated pest management systems” — holistic approaches that rely on beneficial insects, habitat changes and other sustainable techniques to manage pests.

“You can’t kill it without killing all the good bugs and running the risk of pesticide resistance,” Milnes said. “That’s what we’re destined to do if we don’t find another way to fight BMSB. We need better tools, and we need them soon.”

Funded by grants from the USDA and the Washington Tree Fruit Research Commission, Milnes and his advisor, WSU entomology professor Elizabeth Beers, are developing biological controls for BMSB. Scientists elsewhere discovered one living weapon — a tiny wasp, Trissolcus japonicus, aka the samurai wasp, that preys on the stink bug in its native Asia.

An effective weapon in Samurai wasps 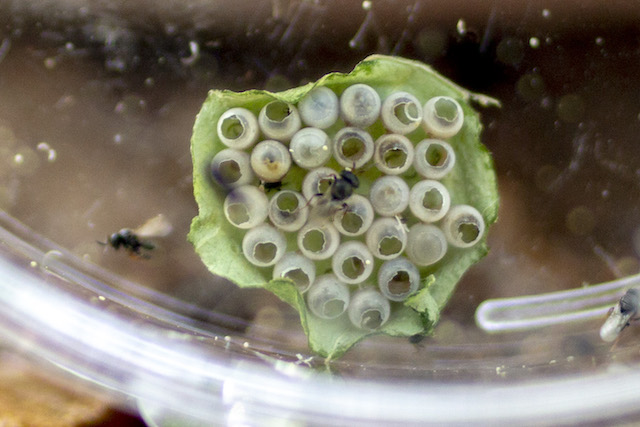 By parasitizing a mass of brown marmorated stink bug eggs, the samurai wasp is viewed as a natural enemy. (Photo by Matt Ziegler/Courtesy of Washington State University)

Samurai wasps lay their eggs inside stink bug eggs. The young wasps, called larvae, then devour the developing stink bugs, called nymphs, before they can hatch. A single wasp can eliminate an entire egg cluster, making it a promising, natural pest control.

“The Samurai wasp is so effective, it will wipe out 70 to 100 percent of those eggs,” Milnes said.

Only about a millimeter long, the samurai wasp only targets stink bugs, not humans.

“They’re so small that if they did try to sting you, you’d never feel anything,” Milnes said.

Regulations are strict when it comes to release of an exotic natural enemy. Milnes was able to skip years of process after discovering an already-established population of samurai wasps attacking stink bugs in a park in Vancouver, Wash., in 2015.

Now, he is releasing wasps in Walla Walla, Yakima, Prosser, White Salmon and other urban areas where the bug is already established.

“I’m trying to intercept BMSB before it can get into our fruit industries and cause major damage,” he said.

Back at his Prius, Milnes arrives at his destination. He’s found the perfect spot to release about 100 adult samurai wasps: a stand of crabapple trees in Walla Walla’s 40-acre Pioneer Park, ground zero for that city’s population of invasive stink bugs.

Buzzing under petri-dish lids taped atop recycled soup containers, these samurai wasps have a single goal in mind.

“They’re ready to parasitize!” says Milnes, who doesn’t need to do anything but lift the soup can lids and let the wasps fly out. Samurai wasps can sense volatiles coming from BMSB egg masses: “If there are stink bug eggs here, the wasps will find them.”

A week later, Milnes will return, find some BMSB eggs and see if his wasps survived.

“Once I confirm they’re established, I let nature do its job.” 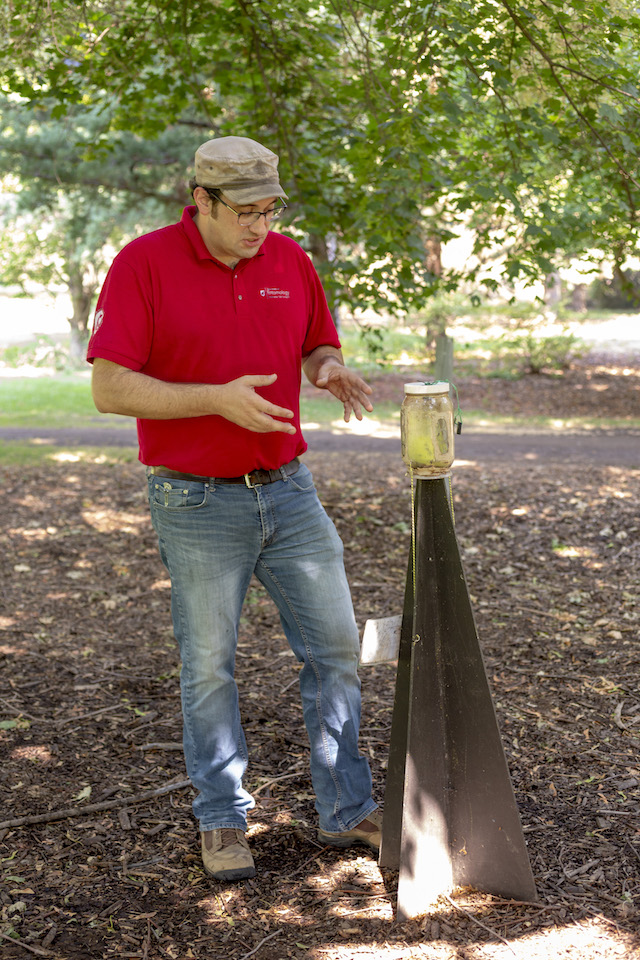 Joshua Milnes visits a trap for brown marmorated stink bugs at the Yakima Area Arboretum. It’s part of a Washington State University project monitoring the life cycle and changes in the invading insect’s population. (Photo by Matt Ziegler/Courtesy of WSU)

Milnes is making sure that, once introduced, samurai wasps won’t prefer to chow down on native stink bugs.

“When you introduce a new, exotic species, you run the danger of screwing up your local ecosystem,” he said.

That’s why, for the past two years, Milnes has experimented with a menu of sorts for the wasps, offering them a choice between BMSB eggs and native stink bug eggs. So far, they’ve always chosen their longtime host.

To determine the best times of year to release the wasps, Milnes is studying the life cycle of the stink bug — how often it reproduces, where it lives and how fast it matures.

“My goal is to get brown marmorated stink bug under control,” Milnes added. “Now that it’s spread across Washington, we may never be able to eradicate it. But we can keep it from harming our agriculture and taking over our homes.

“Thanks to the samurai wasp, we may be able to do that without resorting to damaging pesticides — the nuclear option.”