Treveri Cellars kicks off harvest of 2018 vintage on Aug. 17 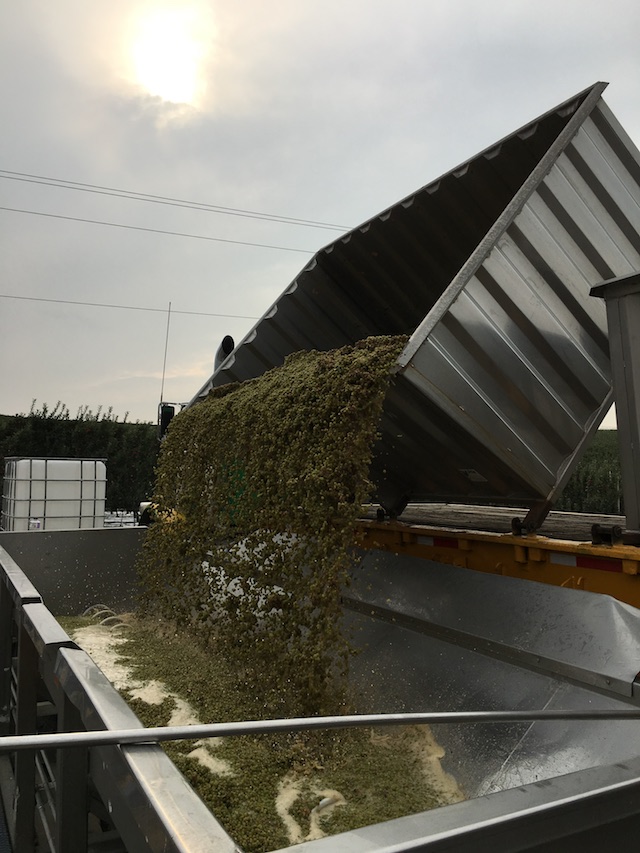 Treveri Cellars kicks off harvest of the 2018 vintage on Friday, Aug. 17, with Chardonnay from Hilltop Vineyard in Washington’s Yakima Valley. (Photo courtesy of Treveri Cellars)

WAPATO, Wash. – Treveri Cellars in Washington state’s Yakima Valley kicked off harvest of the 2018 vintage on Friday, Aug. 17 with a lot of Chardonnay for its acclaimed sparkling wine program.

Second-generation winemaker Christian Grieb, who owns and operates Treveri Cellars with his parents, Juergen and Julie Grieb, shared the news and images moments after crush of the Hilltop Vineyard grapes began at their Union Gap vinification facility.

“This is the exact same pick date as 2016 for this site,” Christian Grieb wrote in an email. “Tonnage and fruit look beautiful and on par with past vintages.”

The Griebs began their harvest from the historically hot 2015 vintage on Aug. 7, also from Hilltop Vineyard.

Sparkling wine producers seek bright acidity for their base wine, and the berries came in 18.1 Brix. Grapes for still red table wine are considered ripe at 24 Brix. The Griebs anticipate pulling 25 tons of grapes from Hilltop Vineyard. 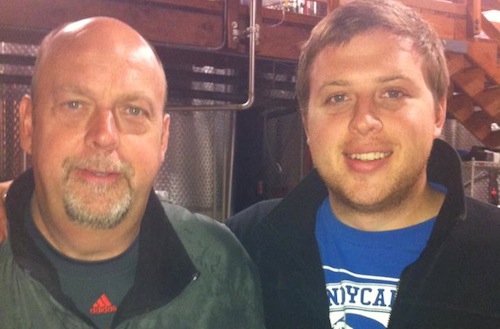 Juergen and Christian Grieb are the father-son team at Treveri Cellars, a successful sparkling wine producer in the Yakima Valley. (Photo by Great Northwest Wine)

Treveri Cellars ranks as Washington state’s largest producer of sparkling wine. Research conducted in 2016 by Puget Sound Business Journal reported Grieb Optimal Winecrafting LLC production at 349,000 cases, which was No. 8 overall in the state and signaled an increase of 123 percent from the prior year.

Juergen launched Treveri Cellars in 2010, naming it after his West German hometown of Trier. He studied sparkling wine production in West Germany, where earned a winemaking degree. In 1983, he emigrated to Washington state to work for Langguth Winery on the Wahluke Slope. After the winery closed in 1987, Grieb spent two decades to Coventry Vale, a massive custom-crush facility in the Yakima Valley that made him one of the most important winemakers in the state.

Their award-winning bubbles have earned them multiple placements on tables of State Department dinners and at the famed James Beard House in New York City.