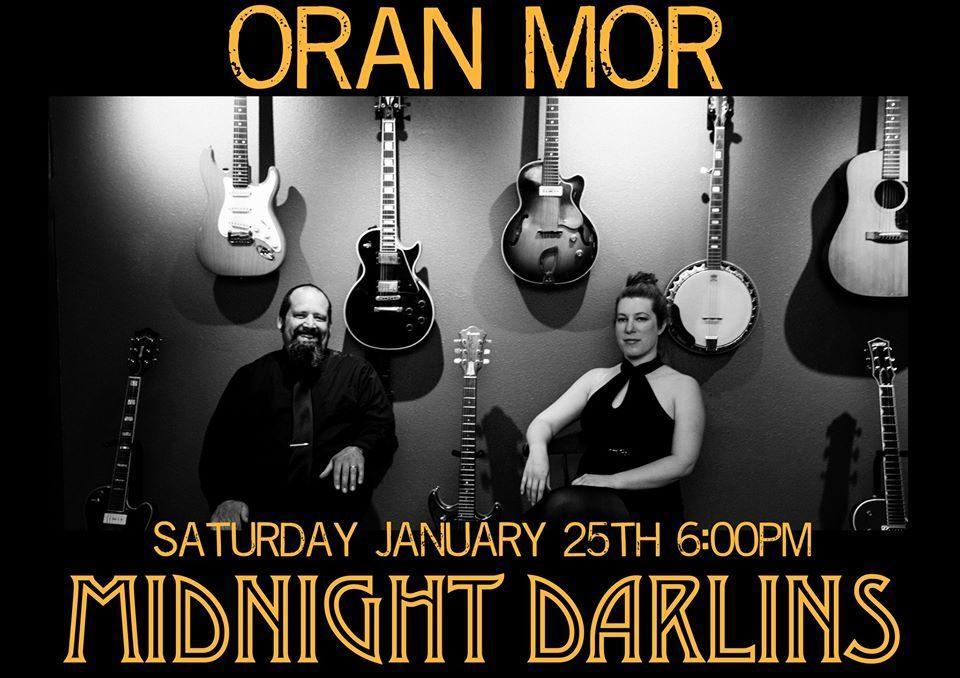 Melissa Ruth’s Midnight Darlins will perform at Roseburg’s Oran Mor Artisan Meads on Saturday Jan. 25. There is a $10 cover charge.

Melissa Ruth and her husband, Johnny Leal, will bring their signature “Doo Wop Twang” sound to a Roseburg audience in the cozy listening room. They are local music teachers for the Sutherlin School District and the North Douglas School District, respectively. When they are not teaching they tour throughout the West and Southwest.

Relying on Leal’s blues sensibilities and Ruth’s smoky vocals and incendiary lyrics, the duo cover a wide range of musical territory from blues to folk to outlaw country. Over the years, Ruth’s songwriting has been most commonly likened to that of Lucinda Williams while guitarist Johnny Leal has been commended for his ability to relish the space between the notes.

Last March, Ruth independently released Meteor, a blues-rock album that marks the pair’s third album as collaborators. The album has received national and international press and airplay since its release including two 5-star reviews from Roots Music Report and a video premiere from Glide Magazine in which it was noted that: “there is an old soul vibe to [Ruth’s] music, but she also comes across as contemporary in ways that bring to mind the quieter works of acts like the Alabama Shakes.”

Watch Melissa’s video for You Are Not Alone, shot in and around Yoncalla, OR.