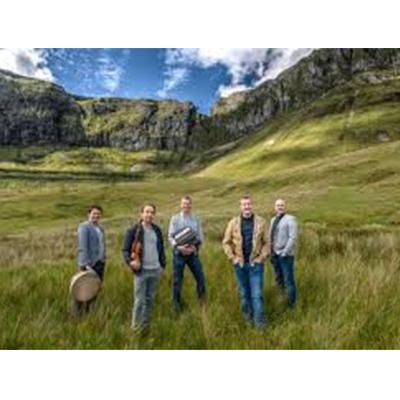 A traditional Irish band, Téada has appeared as a frequent headliner at major music festivals throughout the world, and on March 3 they will be at Grizzly Peak Winery.

Continuing to grow in vision and popularity, Téada recently welcomed a sixth member to the line-up, legendary West Kerry singer and accordionist Séamus Begley, winner of 2013 TG4 Traditional Singer of the Year. The band recently released a smashing new album – Ainneoin na stoirme / In spite of the storm – on the Gael Linn label.

Founded by Sligo fiddler Oisín Mac Diarmada, Téada first came together in 2001 to make an appearance on the innovative TG4 television series Flosc. One of Irish traditional music’s leading exponents, Téada is driven by a fascination for the timeless, expressive force of music inherited from previous generations of musicians.

Irish Music Magazine describes the band as “at the cutting edge of the next generation of Irish musicians…with a fierce familiarity with the old ways.”