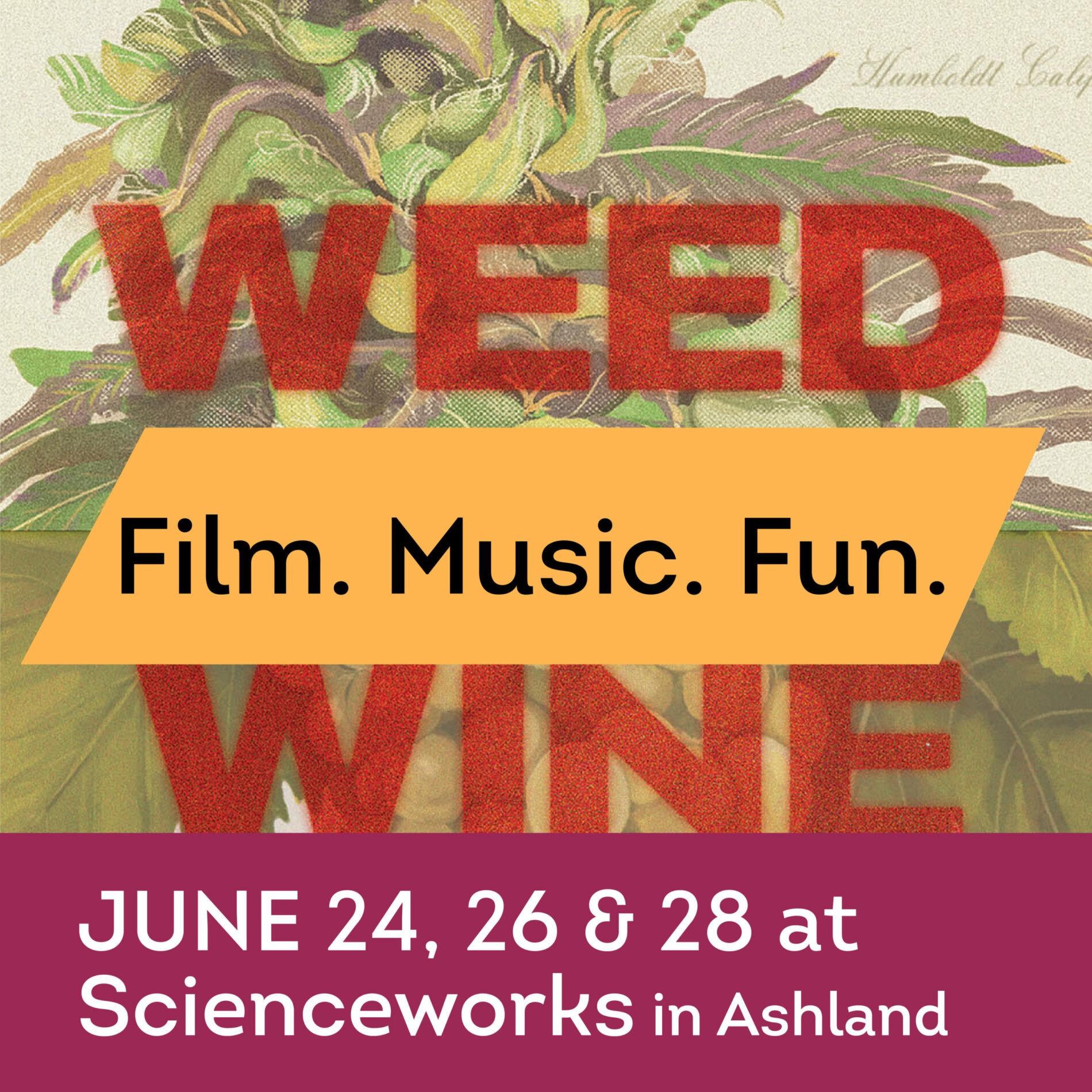 The year’s festival includes 5 nights of independent films, live music, food trucks, beverages, and more. In cooperation with Scienceworks Hands-On Museum in Ashland, viewers can watch films on our new blow-up screen in the field facing the building. (18+) In Medford, screenings will be held in The Outback at Walkabout Brewing Company. (21+)

Continents apart from one another, two farming families aim to reinvent themselves on their land. One family—a strong-willed French matriarch and the son she raised among her vines—tends a centuries-old, biodynamic vineyard in the South­ern Rhône. Across the ocean in Humboldt, California, another family—a brash father and his more reserved son—carefully manage a state-recognized, organic cannabis farm. The feature documen­tary Weed & Wine interweaves their stories, urging compar­isons and teasing out contradictions between France’s revered winemaking traditions and the artisan culture emerging along­side the legal cannabis industry.